Most men probably wouldn't be that comfortable with the knowledge that their girlfriends are making some extra money by getting paid to go on dates, but musician Marcia Favre's boyfriend doesn't seem to care one bit about it (seriously?). The girlfriend in question, 33-year-old New Yorker Favre, is a professional dater and goes on bar dates with older, rich guys who pay her for the privilege.

She can earn between $150 to $300 dollars per date, and one time she even made $1500 for a half hour drink at a bar. “I literally show up, have a drink, talk about nothing and get paid. It’s pretty easy money, it really is.” she says. As a woman myself i really need to know who these cash-laden men are, if that's all that's going on.

Her boyfriend of ten years Joseph King is fully supportive of Favre's sideline career. King is a musician himself and says he knows how tough it is to make money as one, so he sees nothing wrong with Favre going on quick dates. Marcia insists that she offers her services with a 'No Sex' policy and you’d never believe it.

“There have been a lot of other things that I have done as a musician in New York City to make a living. I mean you gotta be creative, you know." King says. “And so I realised that she’s going out to have drinks with men who are willing to pay her, so now she has money to take me out for drinks. So, I’m totally fine with it!”

It might seem weird but Favre only ever goes for drinks at a bar and never stays out too long. If a guy asks her out for dinner she always declines. She says she sees herself as more like a therapist, with guys paying her to talk about their life over a glass or two of champagne or a whisky.

She meets the guys at whatsyourprice.com, which is a dating site that links rich men with younger women where then men are OK with paying for their date.

As for anything more intimate than a drink, Favre claims, “I have never been approached about sex. Never. I never let them feel familiar with me. The most indecent proposal that I ever had, was a guy asking me to Vegas for the weekend. I thought hell no!” 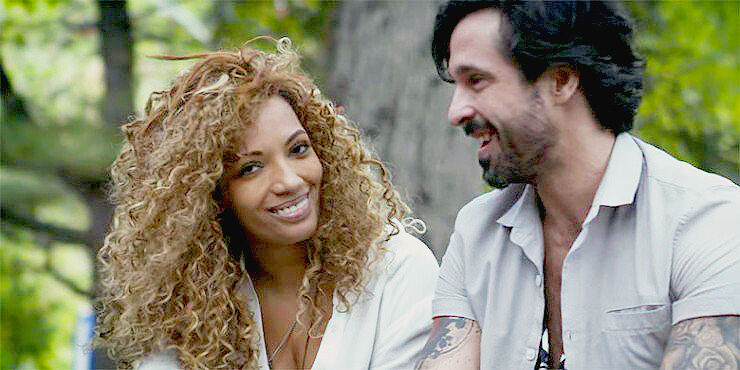