If you want a surefire way to anger a customer who's stopping off at a cafe for a cup of joe, then unwittingly signing them up to a 12 month "coffee contract" then this will definitely do it.

That's what happens in this sneaky video prank at a London cafe called Soho Grind, where people stopping off for their regular brew are told to sign a coffee cup.

Then comes the revelation that, yeah, they've just signed up to a contract to buy a coffee once a week at Soho Grind for the next 12-months. And it will cost them £30 ($40!) to come out of it.

As you can imagine, these people don't take too kindly to it, the blood begins to simmer and the outrage meter needle is no doubt getting a workout. That barista is a brave man.

But, before your own sense of indignation, vicarious fury, and pity for these people begins, it's just a spoof contract. It's a hidden camera prank by Relish broadband set up to highlight the dangers of signing something without being aware of what it is you're signing up to.

Specifically the price hikes often hidden in the small print in broadband contracts. Because those headline costs aren't necessarily what you end up paying.

"In a world where we all live increasingly fast-paced and busy lifestyles, we can all be guilty of not reading every word of small print in a contract." said Bridget Lorimer, head of marketing at Relish. "However—as our video showed—when the terms and conditions are overtly confusing and unclear, people understandably feel frustrated by not knowing the full story of the deal they’ve signed up to. Despite being intentionally light-hearted, we hope our video encourages more consumers to check the terms of a broadband deal, before signing up to it.”

So be aware. And don't go signing any coffee cups without inquiring as to why first. 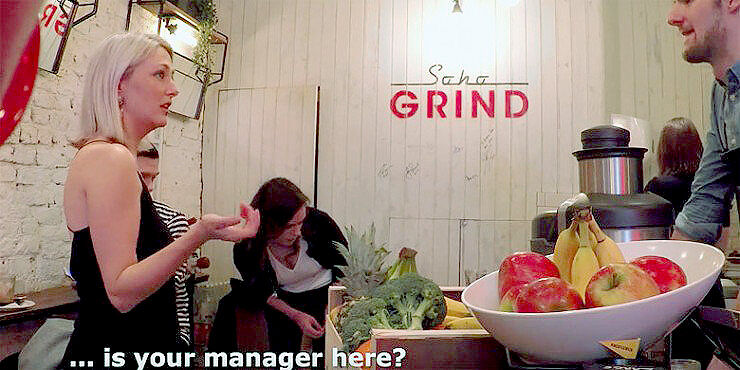