On closed off roads under the cover of night teens in the Dominican Republic partake in illegal street racing on custom motorbikes. This illicit and intriguing culture is captured by New York-based French video director Aurélien Heilbronn in his nine minute documentary 'Street Racers.'

The film talks with the participants about why they do it and captures them riding around the streets at night, pulling wheelies and stunts, and of course the races themselves. Heilbronn explains that he happened upon this night time street racing scene accidentally, after completing a fashion shoot in Puerto Rico and deciding to visit a friend in Dominican Republic.

"Once on the island, my curiosity was aroused by these groups of kids ignoring the law and taking insane risks to have fun on their bikes in the darkness of the night." Heilbronn tells Smash.com. "I had some of my equipment with me and knew I had to make a documentary out of it. "

So he teamed up with two producers he knew living on the island, Joey Rodriguez and Tony Bernal, who introduced him to the gang's mechanic and set up a meeting with them. "Two days later we were in the back of Tony’s truck, going way too fast but getting the shots." Heilbronn explains.

The film gives a fascinating portrayal of the street racing and paints an intimate portrait of the people who partake. It gets in with the action, the revving of the small customized bikes, the high spirits leading up to a race, the drinking, the pre-race boxing matches, and the dangers of street racing. Not just those faced on the high speed bikes but also from other gangs pulling guns. 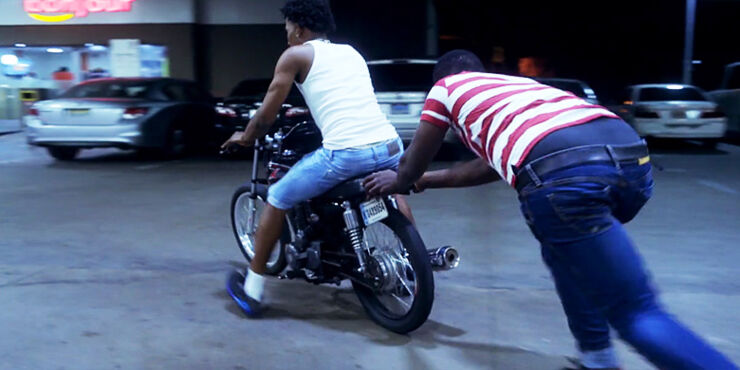 "Beyond the races, I wanted to highlight their everyday lives and stories: the gang, the parties and the violence." Heilbronn says. "The paradoxical safety of that world, created by them and for them is what I wished to capture. Due to this complexity, I wanted the documentary to be hybrid, mixing non-fiction storytelling with a dark and cinematic universe. The composer Max Zippel and I aimed at recreating this universe in the scoring as well, knowing the music would play an important role in the project."

The result is a documentary that immerses you in the world of this illegal street racing, capturing the thrill of the bikes which, lit by the haze of street lights, gives it an almost otherworldly mood.

"I’ve always been interested in anti-heroes living their lives without concern for social norms, films where our sympathy can be thrown to the side of the sin." Heilbronn notes about what attracted him to make the film. "However, as I try to show it in the doc, spending time with them made me realize that in the end they were not much different from other kids around the world. They keep boredom at bay by pushing their limits and taking risks and they hang out together because of the friendships and brotherhood they find within the group. We all want to feel like we belong."

Check out more from Aurélien Heilbronn at his website here. 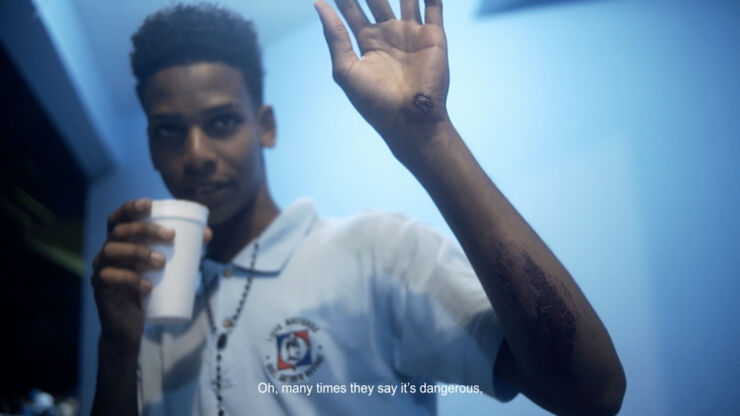