The president loves to tweet about the 'failing' New York Times, and this Emo Donald Trump song turns those tweets into hilarious song lyrics. It's the latest edition of Emo Trump from the guys at Super Deluxe (you can see their previous Emo Trump iterations here and here). And much like those former examples, it's a perfect match of the POTUS' whiny tweets combined with an early 2000s whiny, complaining tone of emotional pop music.

Of course, this new Donald Trump song having an emo vibe is entirely in keeping with how you expect the president to be feeling right now. He's in the midst of the biggest crisis, and there have been many it seems, of his presidency so far. The word impeachment keeps looming its head, and those Russian allegations have only gotten worse. What better than an Emo Donald trump song for a person who is overly sensitive and full of angst.

The media, particularly the 'failing New York Times' have been baying for Trump's blood for a long time. It's well known, as his tweets make clear, that this feeling is reciprocated by Trump, who has no love for the fake news mainstream media. It was just a matter of time before the two met for some angst-ridden musical combat.

The New York Times Get Their Donald Trump Song 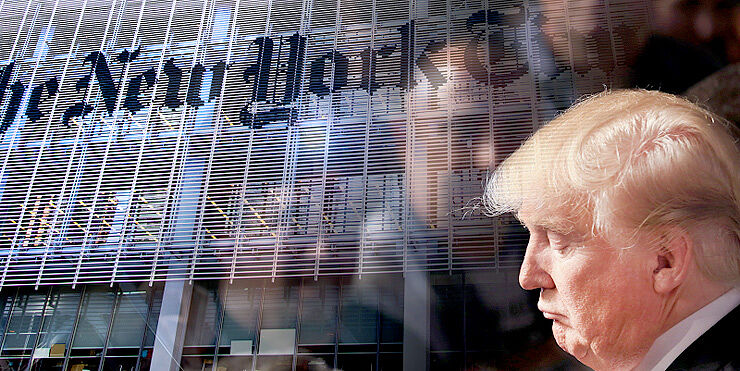 And out of all of those media organisations, the New York Times is particularly unliked by the president. This Donald Trump song is testament to that. It's also hilarious, as we get Trump tweeting about the "frumpy and very dumb Gail Collins" a New York Times Op-Ed columnist who Trump says is lucky to have a job.

Things get really, really Emo Trump when he tweets about every article they write about him being "unfair and biased." Poor Trump. Well, not really, but you get the idea he sits in the Oval Office feeling sorry for himself after yet another New York Times article appears raining crap on his parade. But that's where his tweets come in, a vehicle for his venting. Plus they also provide great material for this Donald Trump song and the others.

Anyway, depending on how all this Russia/Comey stuff plays out, the failing New York Times might be writing not about president Trump, but former president Trump.

Check out some more Donald Trump memes. And check out more from Super Deluxe on their YouTube channel. 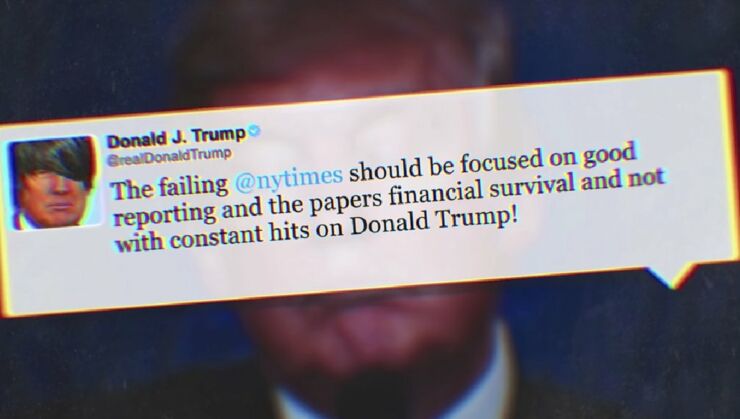