Ladies and gentlemen meet Emo Trump. There is one benefit to the new POTUS and that's the amount of Donald Trump memes and jokes that have been coming thick and fast since his inauguration. The latest bit of fun courtesy of the internet comes from Super Deluxe. It seems like every day there is a new Trump meme. Phew.

Super Deluxe have turned Trump's tweets, which always seem to sound like he's had his feelings hurt by something or someone, into a meme for an emo song, the type that was all the rage in the 2000s.

So they've taken some of his most moany tweets, from complaining about SNL to Meryl Streep, voter fraud, press accuracy, and turned it into an angsty emo track/hilarious comedy song.

Along with Trump's endless complaining the song also throws in his now-famous sign-offs like: sad! FAKE NEWS! lies!—and the whole thing is excellently done. In fact, you might say Trump's tweets fit as emo lyrics a little too easily. Either way, it's hilarious and gives a whole new perspective on Trump's 140 word rants.

“We noticed that Donald J. Trump's tweets are basically the lyrics to an early 2000s emo song," Super Deluxe write, "so we turned them into one." And behold a new Donald Trump meme is born.

The Independent reported "With a propensity to have his feelings hurt by the slightest wrong or betrayal, President Trump is not so different from the narrator in a classic emo song." They went on to say "His bitter sign-offs (sad!) of course make an appearance, with “Very unfair!” kicking the chorus off proper."

It's a great song and a classic Trump meme. So who are we to argue. 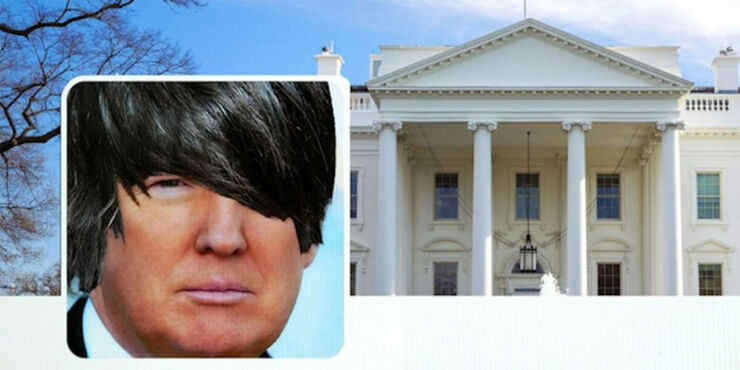