The International Space Station is not enough for Professor Johann-Dietrich Woerner, the director general of the European Space Agency (ESA) who was appointed to that position last summer. Shortly after taking office the BBC interviewed him and when asked about his plans for the agency, he jumped straight in with an answer that boldly goes where no man has gone before. Well, not since 1972 anyway.

"We should look to the future beyond the International Space Station,” he told them. “We should look for a smaller spacecraft in low-Earth orbit for microgravity research and I propose a Moon village on the far side of the Moon."

A Moon village, how about that? Woerner thinks that not only will heading to the Moon be good for scientific reasons of exploring earth's only satellite, but could also serve as a stepping stone to the wider universe—a place to trial what it's like for humankind to live on an alien world, and before NASA attempts to land men on Mars as well.

"The far side of the Moon is very interesting because we could have telescopes looking deep into the Universe, we could do lunar science on the Moon and the international aspect is very special,” Woerner notes. “The Americans are looking to go to Mars very soon – and I don’t see how we can do that – before going to Mars we should test what we could do on Mars on the Moon." 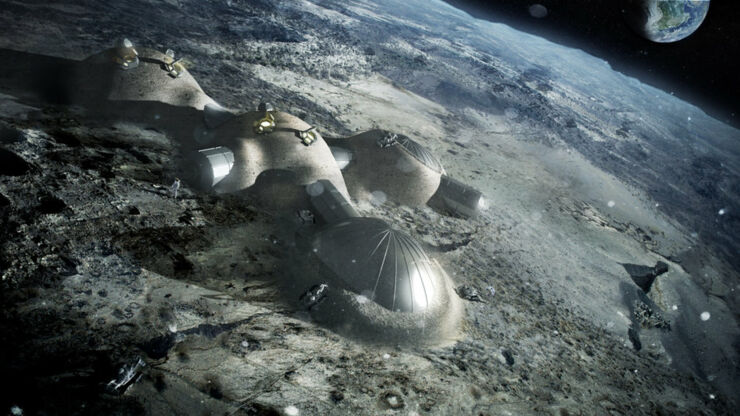 Multi-dome lunar base, based on the 3D printing concept.

Back in 2014 the ESA released a video (above) showing how 3D printing techniques could be used to construct buildings using lunar material. This type of technology and others could be tested out on the Moon, a place which is only a few days' travel away via spacecraft rather than the much longer distance of somewhere like Mars which could take six months to get to.

The international aspect is also an important part of the Moon Village, as humanity begins to explore the cosmos as a unified species. To that end Russia has already started to collaborate with the ESA.

According to the BBC the Russian federal space agency Roscosmos has teamed up with Europe's agency for a mission called Luna 27, which will launch a spacecraft to an unexplored part of the Moon's south pole in five years' time. The south pole region is extremely cold and ice contained there could be a useful resource for future manned missions and colonies.

"We have to go to the Moon." Prof Igor Mitrofanov of Moscow's Space Research Institute told the BBC. "The 21st Century will be the century when it will be the permanent outpost of human civilisation, and our country has to participate in this process." 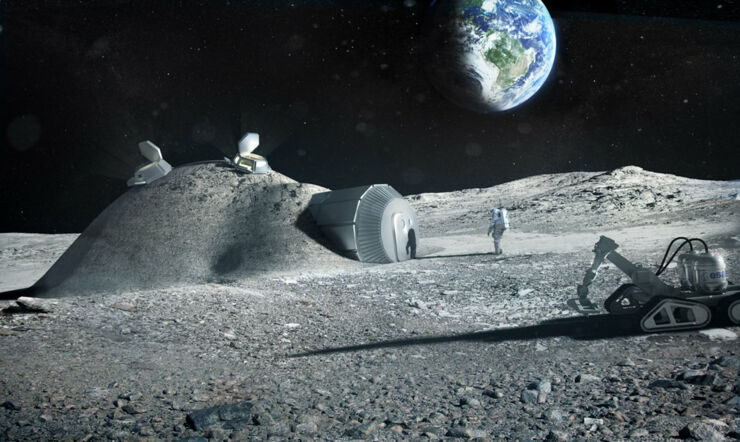 Potential lunar base made with 3D printing 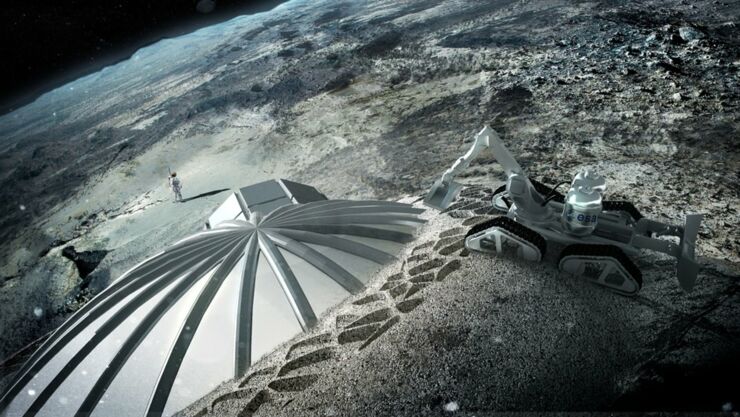 Multi-dome lunar base, based on the 3D printing concept. 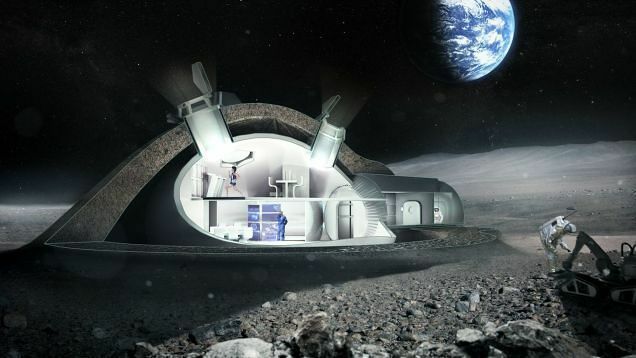