Many of us regularly upload photos to Facebook and think nothing of it. But every time you do, you're not just sharing a moment from your life with friends and family, or ruining future career prospects with scenes of drunken debauchery. You're also giving Facebook a wealth of information it can profile you with and which it can use to further help companies target you with ads.

Now a new Chrome extension lets you see exactly what Facebook's computer vision algorithms can learn from a photo. The plugin, called Show Facebook Computer Vision Tags and built by developer Adam Geitgey, shows what images Facebook automatically detects in the photos you upload and lets you see exactly what tags Facebook applies to not only yours but your friends' photos too.

"Since April 2016, Facebook has been automatically adding alt tags to images you upload that are populated with keywords representing the content of your images. They are labeling your images using a Deep ConvNet built by Facebook's FAIR team." says the app.

It can identify the number of people in a photo, whether they're sitting or standing, whether they have a beard, if they're smiling, and whether the image was taken indoors or outdoors. Of course it doesn't always get it right. An image taken indoors which featured festive wreaths was mistakenly labelled as outdoors, but still.

Geitgey notes that while this has benefits, like aiding blind users who use screen readers which only process text, it also has a creepier side.

Because, as Geitgey points out, Facebook can also detect the types of objects in your photos (camera, golf clubs) along with the activities you might be doing in them (running, climbing, etc), and the events you're attending (baseball game, gig), which it can then use to identify your interests and use or sell to advertisers to target you more accurately.

"The goal [of the project] is simply to make everyone aware of the kind of information that is routinely extracted from your own images today. "explains Geitgey on the project's GitHub page. "This isn't some technology that is 'coming soon', but this is something in wide-spread production use now by every major internet company. There's nothing stopping them from use this information to show you relevant ads just based on photos of you—even if another user uploaded the photo and didn't even directly tag you!"

It's pretty damn creepy. You can check out the kind of tags the extensions displays below and learn more on the project's GitHub page. You can download the extension here. 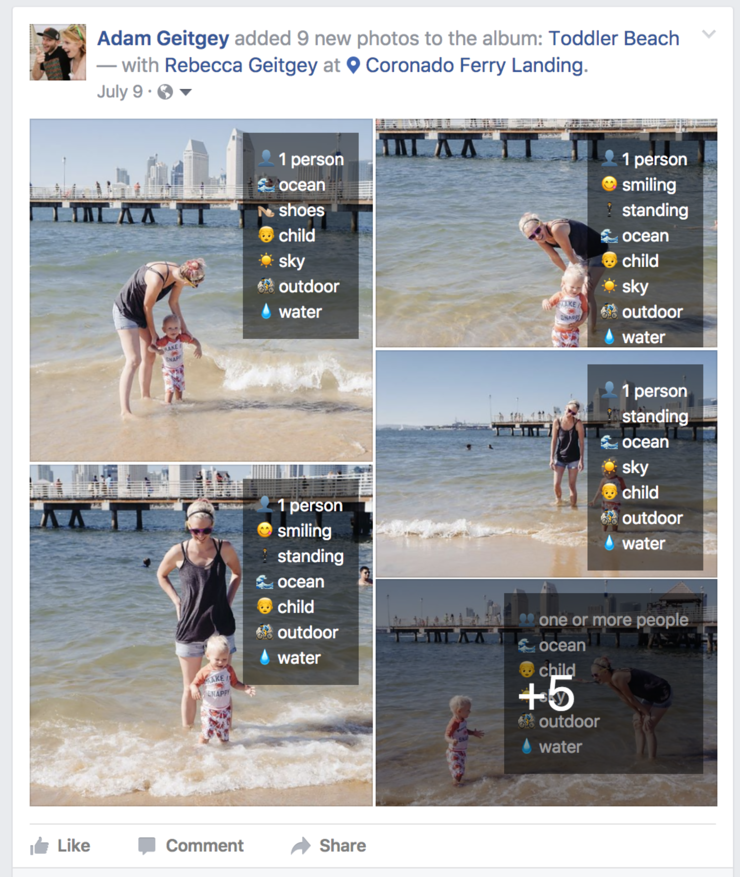 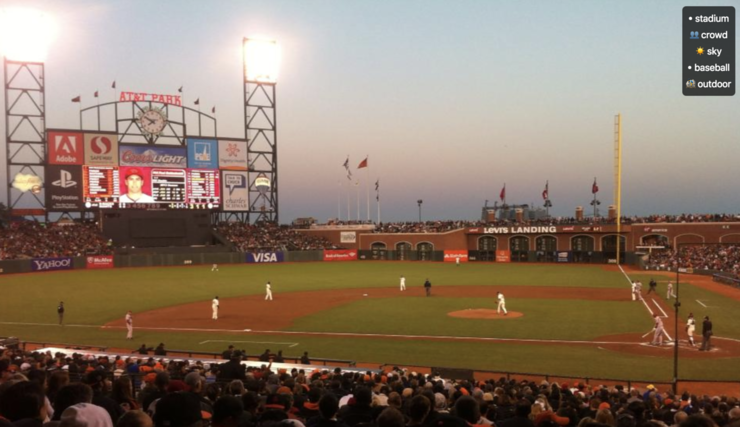 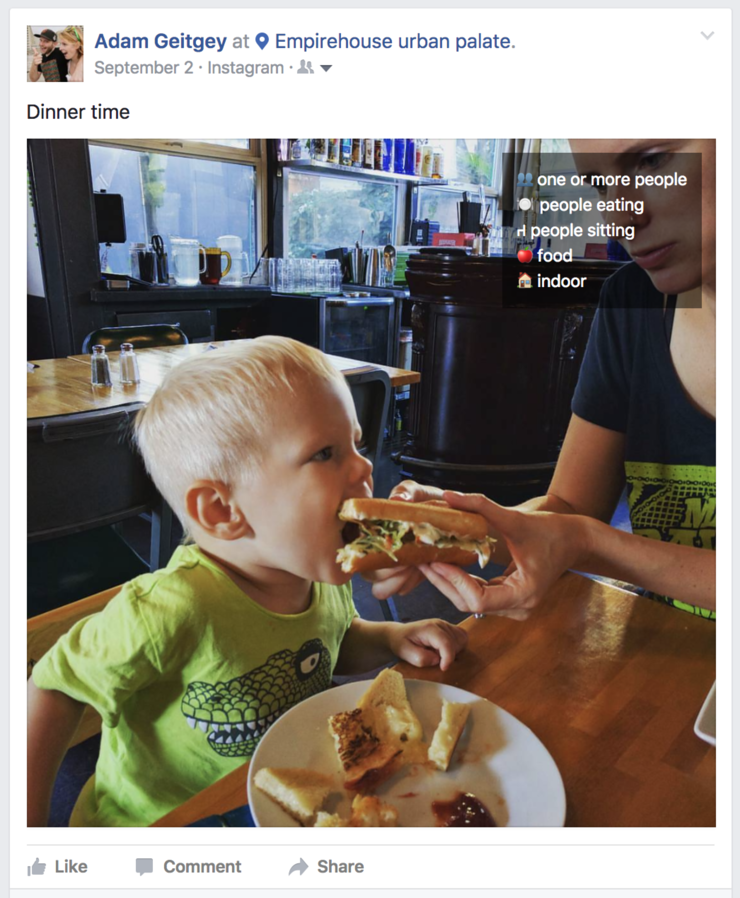 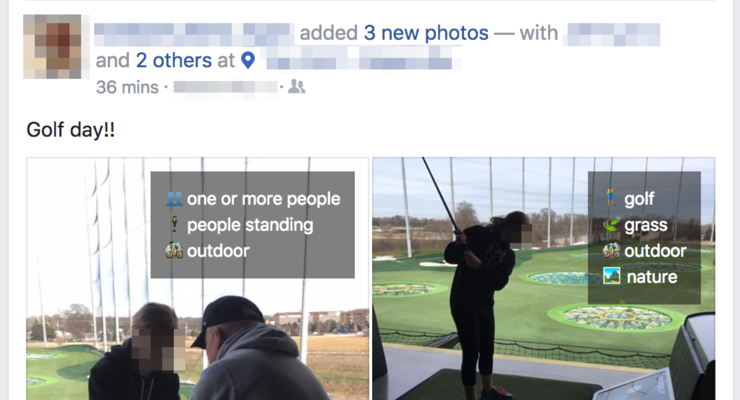 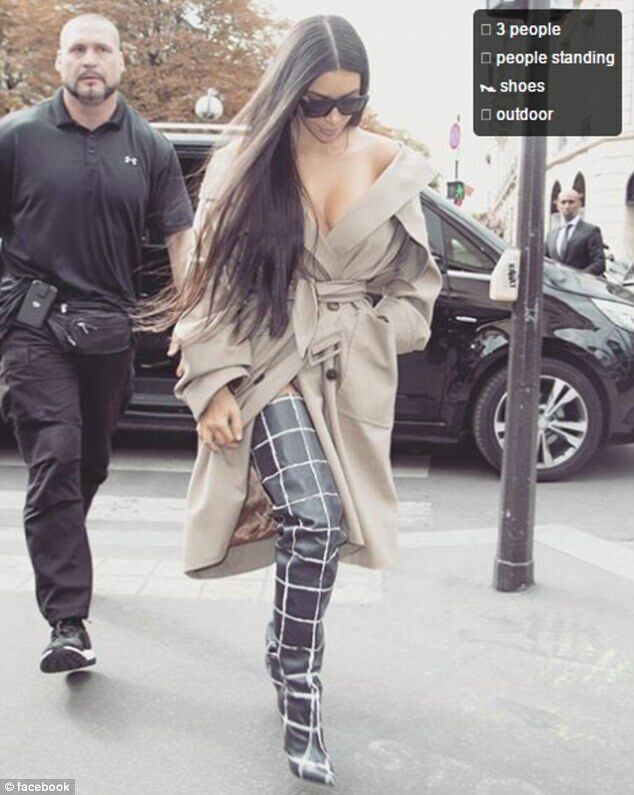 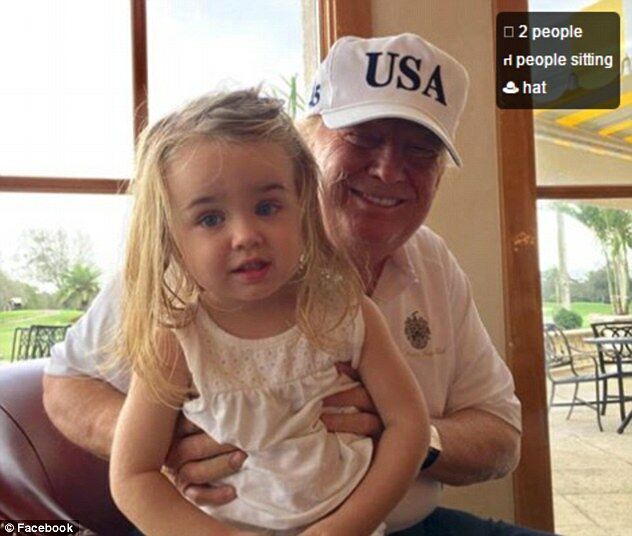