You might think that due to it glowing-in-the-dark and everything, scientists would've discovered this sea turtle sooner. But no. David Gruber, a marine biologist from New York's City University was in the Solomon Islands to film biofluorescence in sharks and coral reefs when he chanced upon this critically endangered reptile.

He and his team were out on a dive when they came across a hawksbill sea turtle 'glowing' in the water like an alien spacecraft. It's thought to be the first reptile that scientists have come across to exhibit biofluorescence. Biofluorescence is when animals absorb, transform, and then re-emit blue light as different colors, commonly red, orange, and green.

The phenomenon is different to bioluminescence, which is when animals produce light through chemical reactions or host bacteria that do the same. Biofluorescence is found in corals, some fish, sharks, and very small crustaceans called copepods.

The National Geographic were the first to cover the story and report that when Gruber saw the turtle, "It looked like a big spaceship gliding into view, he recalls: An alien craft with a patchwork of neon green and red all over its head and body."

Studying some young hawksbills Gruber noted that they all glowed red and green. As to why it happens, the scientists need to study them more to find out (along with how, exactly, they do it). But they believe it could be for defensive reasons, camouflaging them from predators against the coral reef. 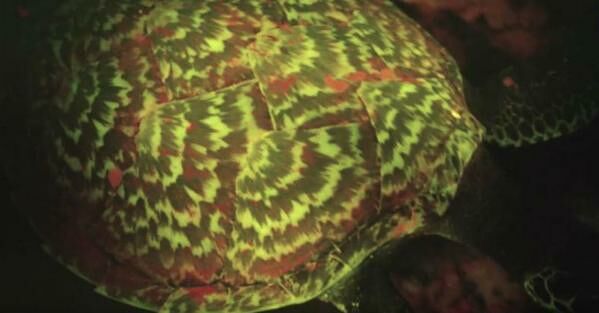 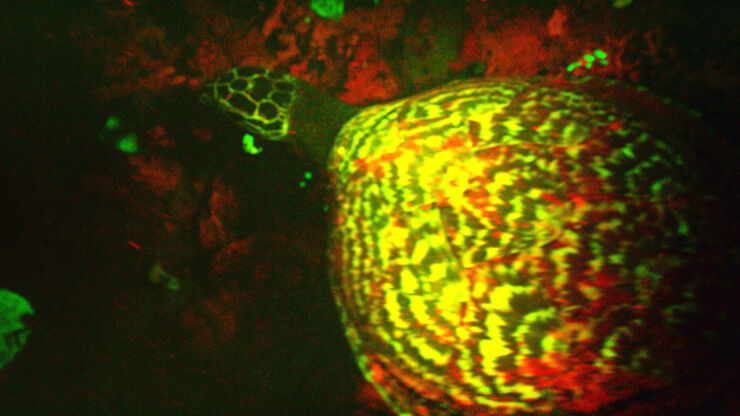 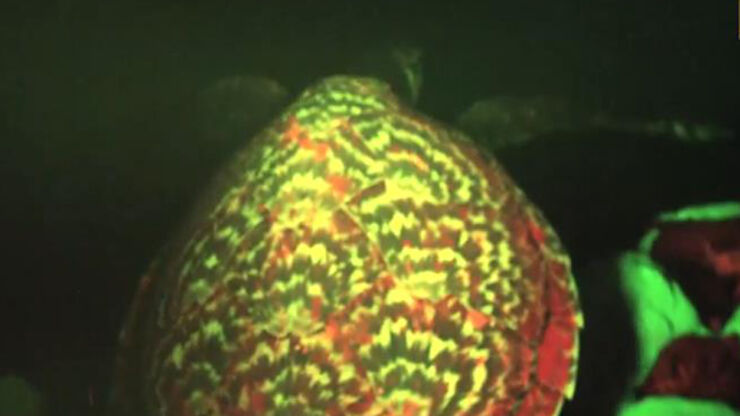