Skateboarding has always been considered a male orientated sport and it's easy to see why, just browse any skateboarding magazine, goto a skatepark, or watch a skating competition on the TV/internet/in-person and you'll immediately see the lack of presence of any females in this genre. It's a worrying scenario, especially if you are a female who is really interested in this activity and has hopes of taking the sport seriously one day, where are the role models you can look up to for inspiration and hope to fuel you onto greater things, the future looks bleak--But fear not ladies, all of that is about to change.

Admittedly it's not currently a great scenario, women’s skateboarding is grasping for a long-term commitment from sponsors, media, and fans. While male athletes get more face time in magazines and television coverage, female athletes are not waiting for industry executives to decide their future – they are creating it on their own and a sense of change is on the horizon

Call it the Internet, call it Instagram, call it a generation of parents who have normalized the idea of taking their daughters to skate parks at an early age or just call it "about time." After decades of feeling as if women's skateboarding was just about to take off, it seems as if it actually might be this time.

Women's skateboarding is definitely starting to make it's mark on the skate map, ESPN states that, "Much like their contemporary counterparts in the predominantly male, high-consequence world of big-wave surfing, women in the competitive street skate scene have to fight for every ounce of respect they get. It's not that there's no room for women in skateboarding, it's just that skateboarding is unlike other sports, in which a combination of average talent and mainstream appeal can net a girl a lucrative pro contract. Companies haven't quite figured out how to market female street skaters to a Target audience, so they remain a niche group, rising in the shadows of other bigger, brighter stars."

So in case you are still wondering just who the rising stars in this female field are then wonder no more, we've got your back covered with 10 of the most influential skater girls currently in the sport below (were taking the bios from the people at X Games for this as they really know their stuff): 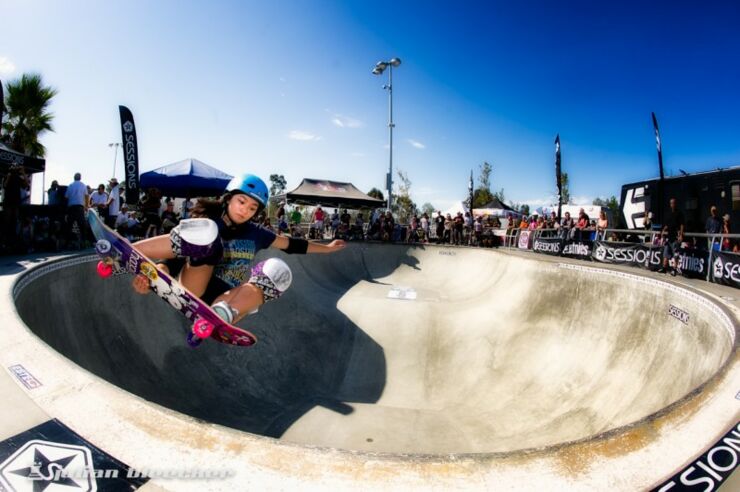 17-year-old Allysha Bergado, who finished sixth at the Women's Skateboard Park debut at X Games Barcelona and has also skated on Nickelodeon and the Disney Channel. 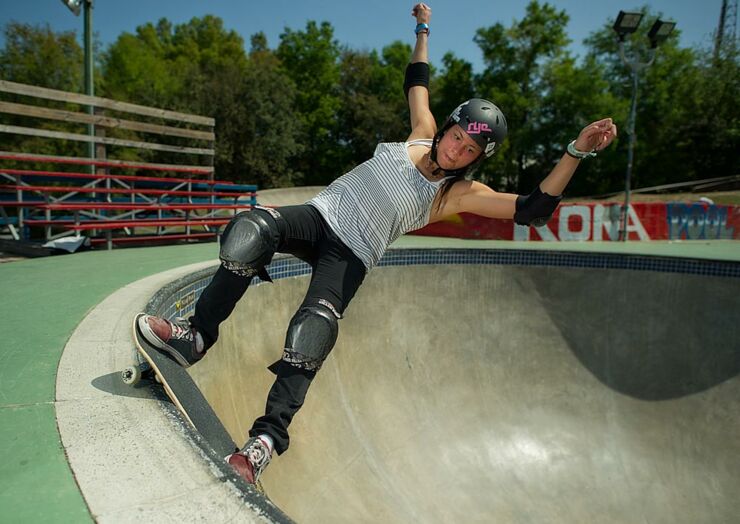 Nora Vasconcellos is a picture-perfect example of a skateboarder who isn't so well known at contests, but has a huge following online. 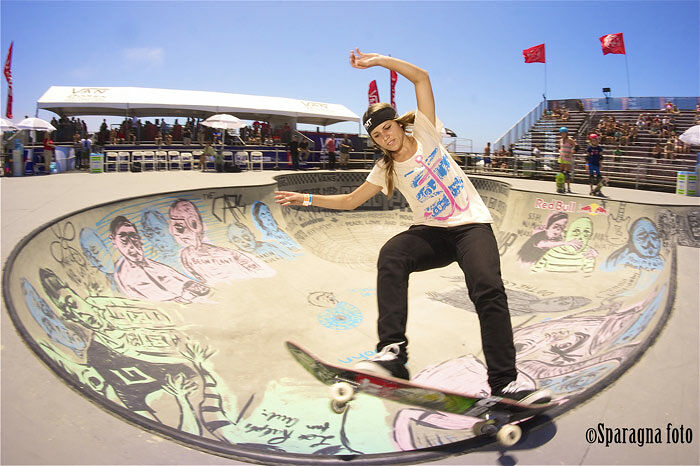 Leticia Bufoni has more than 211,000 followers on Facebook and nearly 123,000 on Instagram. Her 15-second Insta-clips of her skateboarding regularly clock more than 10,000 likes and hundreds of comments. And yet, "Leticia does not have a real board sponsor right now," says Meow skateboards founder Lisa Whitaker. "She can get boards easy on flow, but she can't get any company to put her on the team." 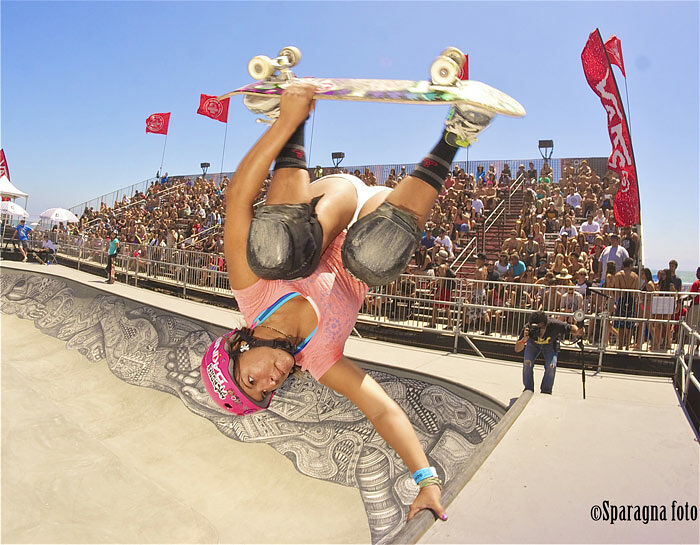 16 Year old Hawaii born Hunter Long has an aggressive style and a love for gaps. 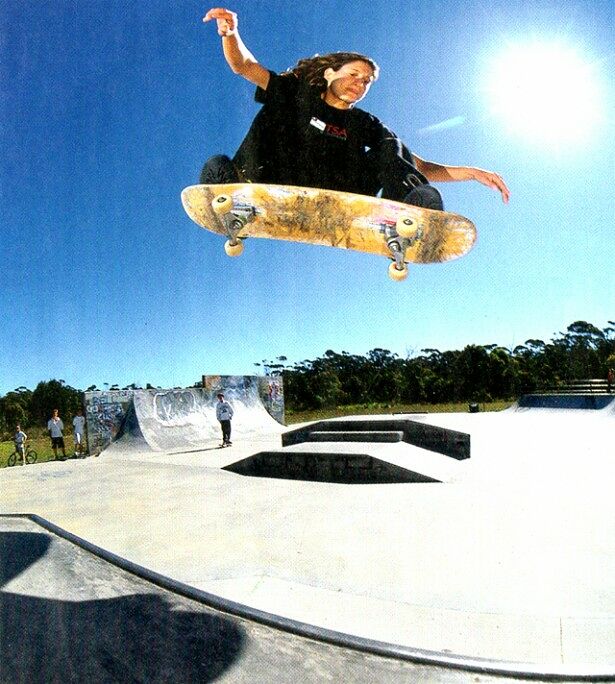 Every kid needs a hero, and for most girls getting into skateboarding in the past 15-plus years, Steamer's been it. She was the first female to get a video part in a legit movie (Toy Machine's 1996 video, "Welcome to Hell"), which was followed by a pro model deck in 1998. She's also first female to get an avatar in a skateboarding video game (Tony Hawk's "Pro Skater"). 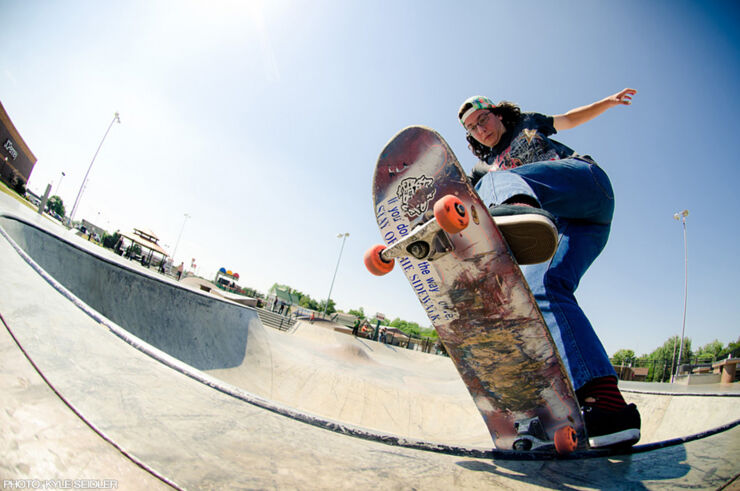 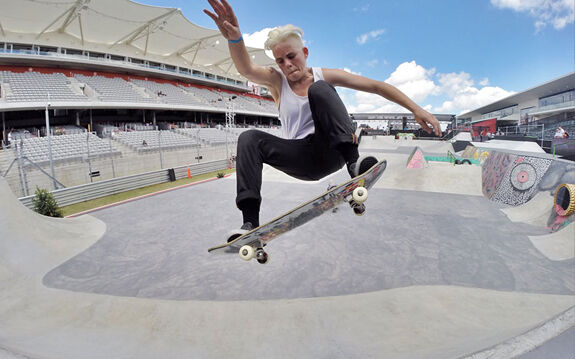 Former grom phenom turned recent high school grad, Baker first made waves in the skateboard world in 2008 when she became the first girl to make it to the Sunday semifinal round of the Tampa Am (coming in 33rd out of a field of almost 200 skateboarders). 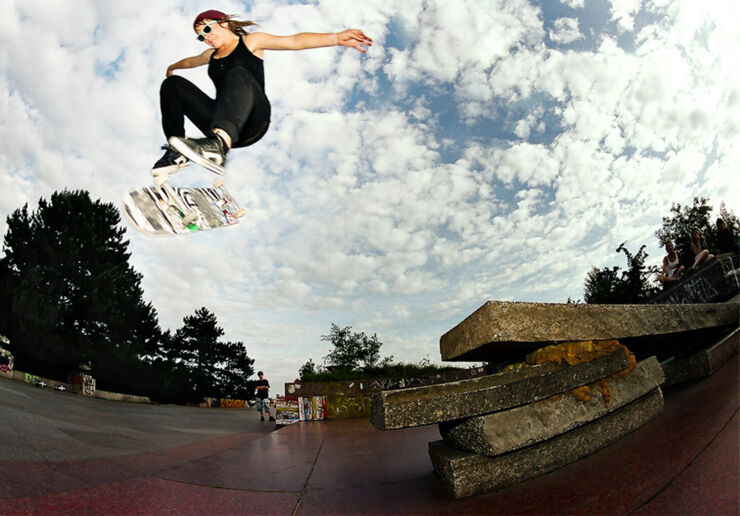 Jenna has been skating since 1998. She was persuaded to buy a board by her good friend Dee Sansom, a seasoned rider who had been shredding the streets of London for a decade previous.

Tough as nails, Bouilliart has a tendency to show up to the X Games with a rolled ankle, broken wrist or some other injury that keeps her from really skating at the top of her ability. 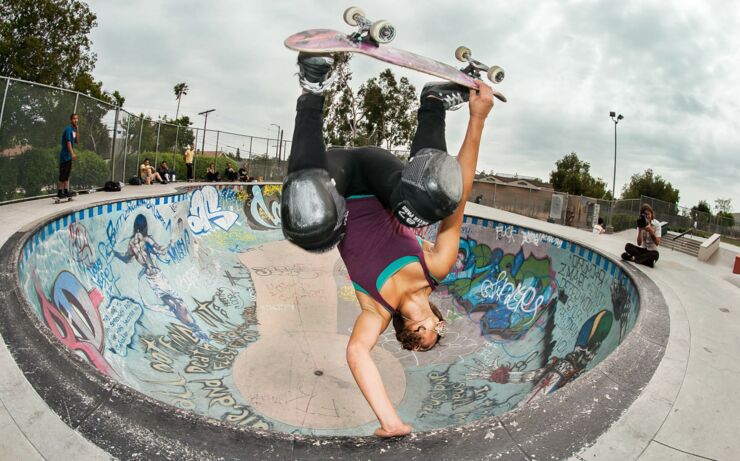 At only 20 years of age, Lizzie Armanto has been re-writing skateboarding history. A native of Santa Monica, California, Lizzie started skating in 2007 with her younger brother. Since then she has dominated women's skateboarding, competing in the men's division in international contests, and most recently winning a gold medal at X Games in May 2013. It's safe to say the future of women's skateboarding is in safe hands.