Right now a lot of millennial males will be scratching their heads in reaction to this video and wondering what the hell to do. Everything they have been taught as politically correct when it comes to taking to women and not staring at their boobs will have been reduced to shreds.

I can almost hear the cries of anguish from here as their minds try to fight the concept that sometimes it's ok to look. But how to know when the right time is?

Being a woman sometimes has it's advantages, once i stopped laughing while watching this slightly satirical video 'PSA: Boobs' and realized that this was definitely made to troll unsuspecting males (and feminists) the world over, i bathed in the delight of something very next level, made to make minds think differently. And i love it.

With one of the women in the video delivering lines like, "you have a choice between these, and these", pointing to her eyes and her breasts, men will expect to be lectured on looking at the wrong body parts. Wrong.

Another sad female replies in exasperation, "my breasts....are down here!"

And from that moment on the satirical video moves into what can only be the twilight zone for men as they battle to overcome all their embedded sexist repressed thoughts, that were shut away forever, in case it caused offense to women. Male confusion. Everywhere.

It's brilliantly funny video as long as you don't take it seriously, but i just know that a lot of people will. 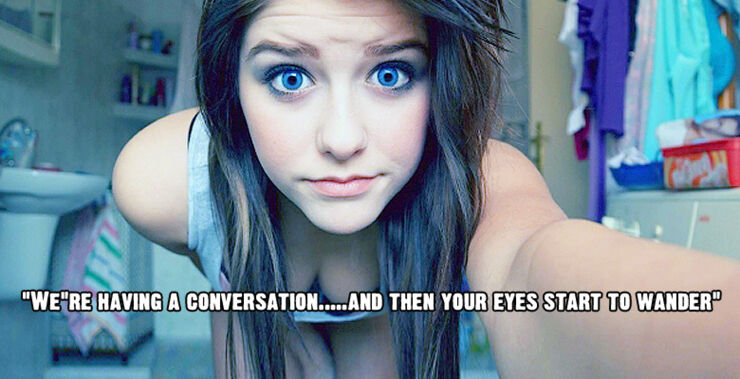