Hey, we've all been there. One minute you're out on the town just wanting to wind down and kick back after a tough day, the next thing you know you're completely drunk, standing on the roof of the bar wielding a knife and threatening anyone who comes near. Well, maybe not.

But remarkably enough that's what happened at a local bar in Patos, Brazil. Except the figure armed with a knife was a monkey. Yep. Firefighters were called to a bar after a monkey somehow downed a glass of rum, grabbed a kitchen knife, climbed onto the roof and then set about waving the knife around threatening patrons.

Only the men though, he left the women alone.

"It was a bar staff oversight that ended with the monkey drinking some rum and taking the knife. It appears to be a tame monkey, which was created by other people before, and was getting along with some people in the bar, but after the knife he wanted no man around. When men came close, he was aloof and there was a risk of someone being injured." reports the website aRede.

Like I said, we've all been there. One minute everyone's getting along, the next a wrong look and BAM demon alcohol turns the situation into something drastic. 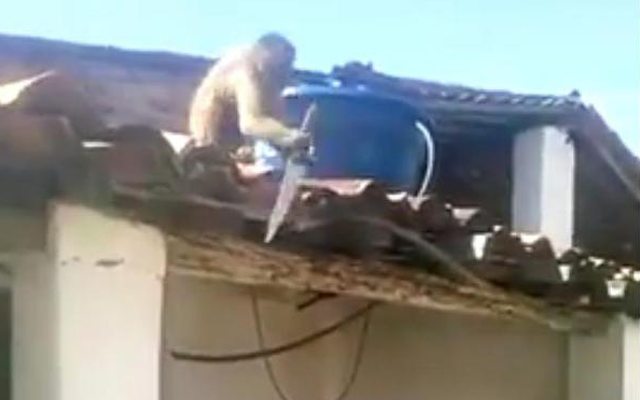 Thankfully this degenerate primate was eventually captured, the knife confiscated (hopefully he was barred for at least two weeks from the drinking establishment too) and sent on his way to sober up. But just like any bad drunk who's been ejected from a bar and humiliated, he couldn't stay away.

He was later caught acting like a total jerk towards residents—CHILDREN!—in their own homes of all places, who lived near woods nearby.

Will this damn monkey never learn? He's now been taken in by the Brazilian Institute of Environment and Renewable Natural Resources (IBAMA) who will decide his fate. Which is whether he can return to the wild or has to stay in captivity because he's too much trouble. He's only himself to blame. 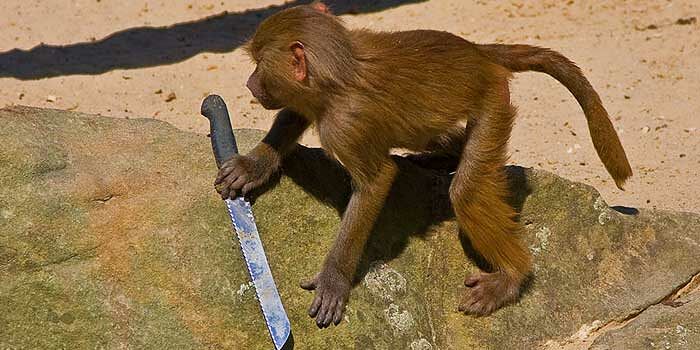