You know the future's arrived when self-driving cars start appearing—OK, so your neighbor doesn't own one yet, but still. Hailing from the same R&D sci-fi style lab known as Google X that gave rise to Google Glass, Project Loon and most recently Google Contact Lens, the self-driving car was the very first project to come out of this innovation incubator.

In a recently-released video Google show off a fully autonomous prototype car by taking it to the streets with actual, real, fleshy people sat in it. Albeit limply, wondering what to do with their hands. Because in the self-driving car there is no steering wheel, or accelerator or brake pedal—just a "go button" that you push. And a big red button for emergency stops.

It runs on an electric motor and navigates using custom software, sensors and digital maps so it doesn't run amok and take down pedestrians before driving you into a ditch. The max speed is a not-so-heady 25mph and it's designed to be as safe as possible.

Liz Gannes from re/code has been one of the few independent, non-Google people to drive one and she describes it as feeling "a lot like a theme park ride."

And if you're wondering when you might be able to get your hands on one, it might be some time yet. Google aims to road test the car over the next two years, before it then enters another stage of testing. And it's estimated that it will be around five years before a working non-prototype version will be ready. And you can add on another few years to that before the public can hire or buy one.

Which is a great excuse to delay that driving test your significant other's been nagging you about taking. 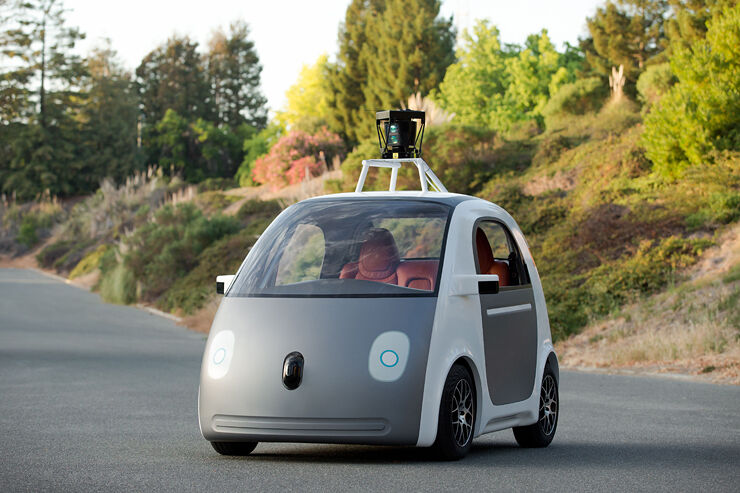