11-year-old Bella Burton was born with a rare genetic disease called Morquio syndrome, which attacks the bones and meant she was unable to walk unaided without using crutches or a wheelchair.

But then she met Great Dane George and the two became the best of buddies. George, a service dog who was trained at the Service Dog Project in Ipswich, Massachusetts, weighs 131 pounds so he's able to support Bella, who weighs 43 pounds, and has been specially trained so she can rest on him like she would a crutch.

"I had wheelchairs, walkers, Canadian crutches, regular crutches and then we got George and I dropped my crutches and started to use him," Bella told WCVB.

The two now go everywhere together, even to Bella's school, and the dog has not only helped with her mobility, but also helped raise her confidence too.

"Bella and George have been an amazing pairing," Bella's mom Rachel told The Daily Times Chronicle. "She used to pretty much be confined to a wheelchair or have to use crutches to get around, but with George, she's become so much stronger and active."

George's impact on Bella's quality of life hasn't gone unnoticed either. The American Kennel Club (AKC) will honor him (along with four other heroic dogs) with the Award for Canine Excellence at a ceremony next month.

"George has given Bella the strength and determination to walk and take part in activities she otherwise would not have been able to do." the AKC said in a press release. "George and Bella have an inseparable bond and he will do anything for her. He has helped her gain confidence, independence and happiness."

Here's some photos of the pair together. You can follow more of the duo's adventures on their Facebook page. 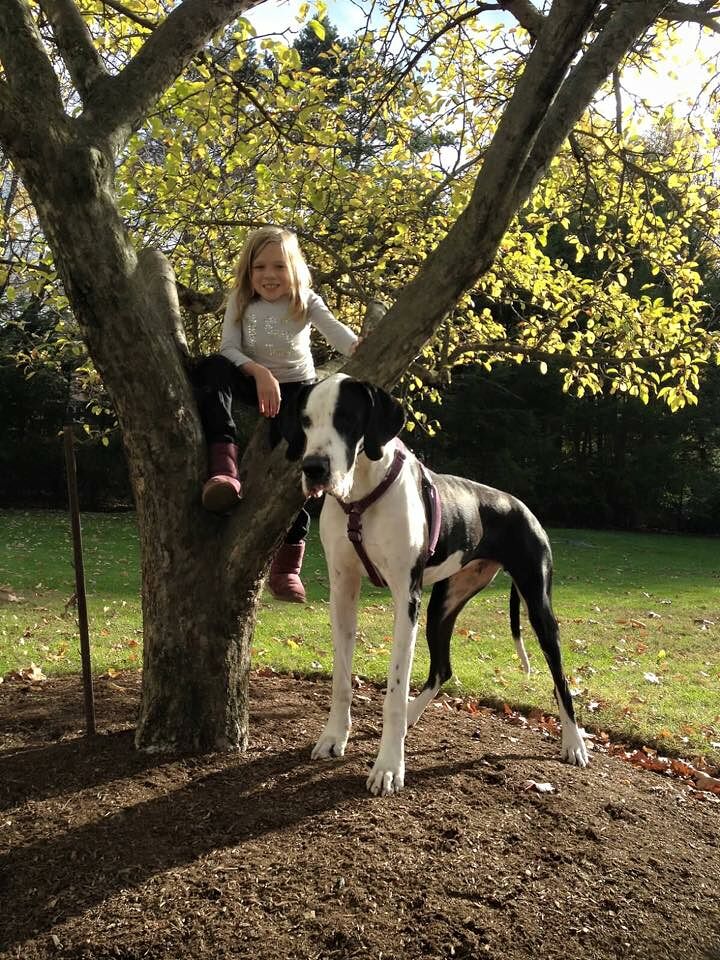 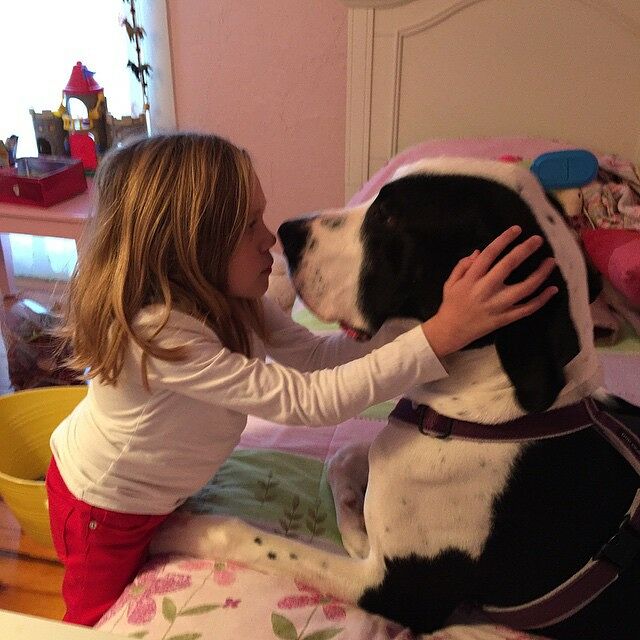 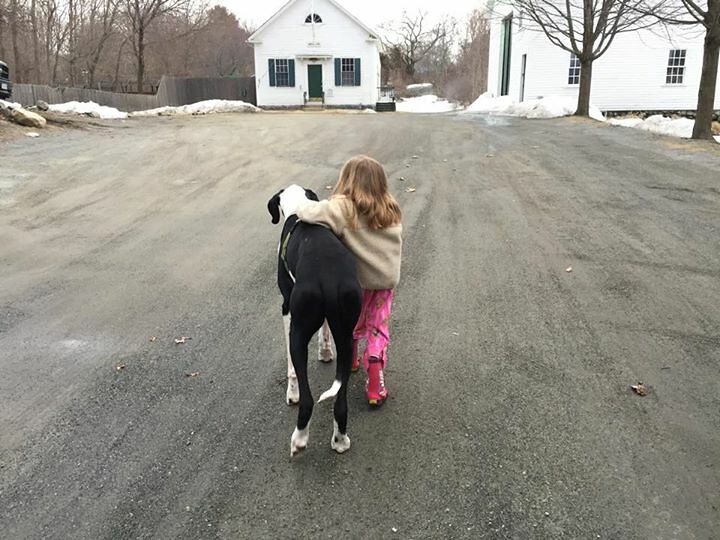 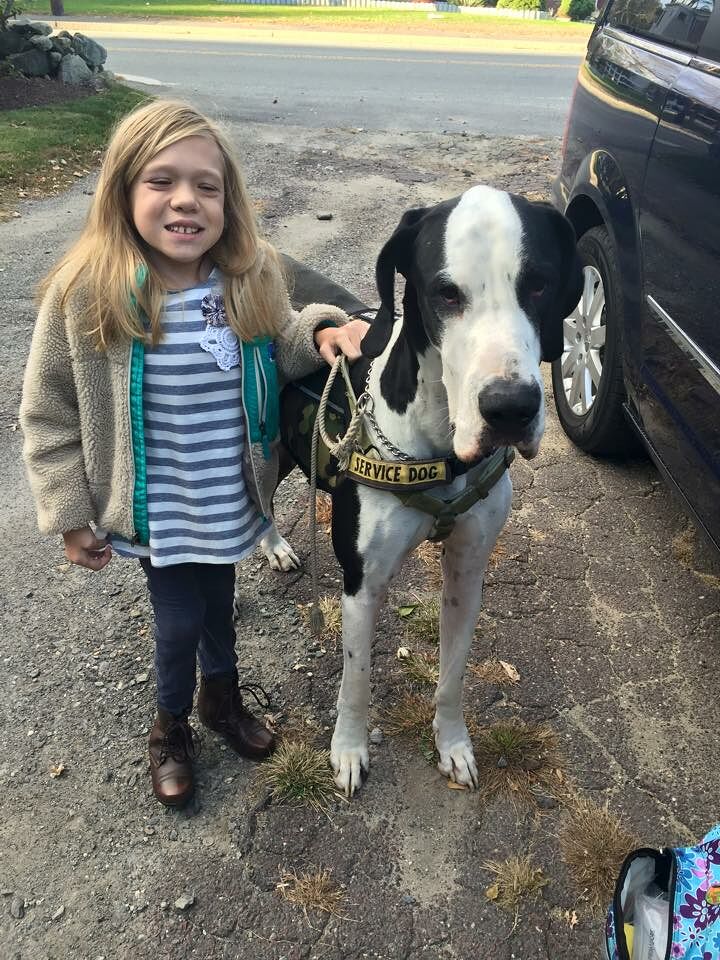 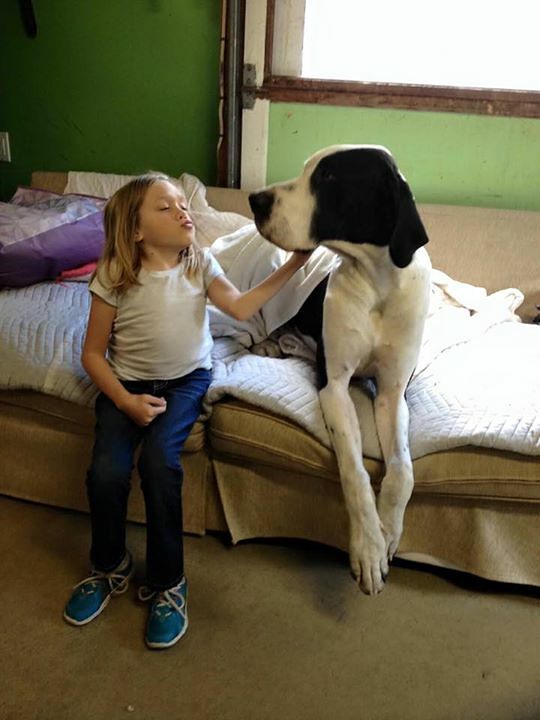 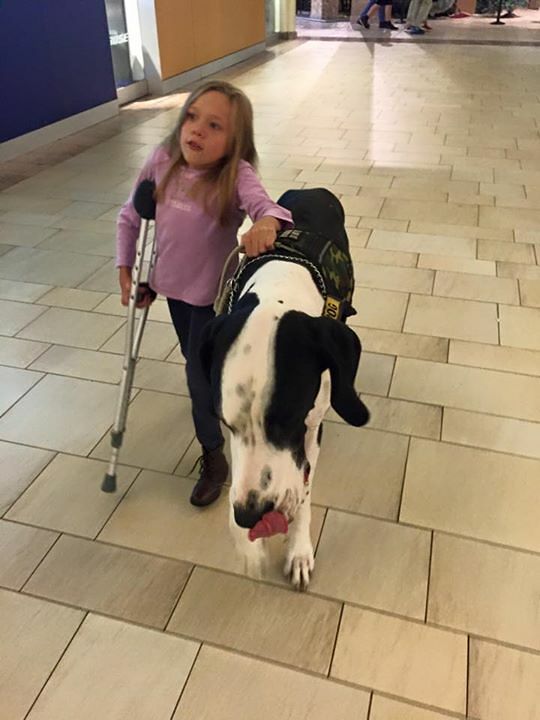 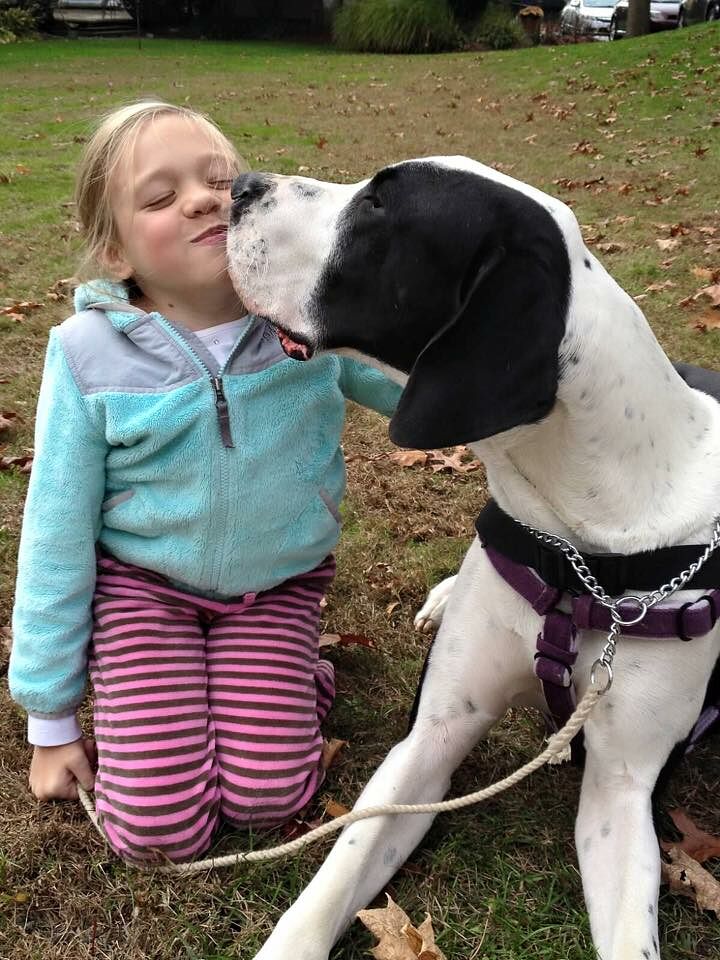 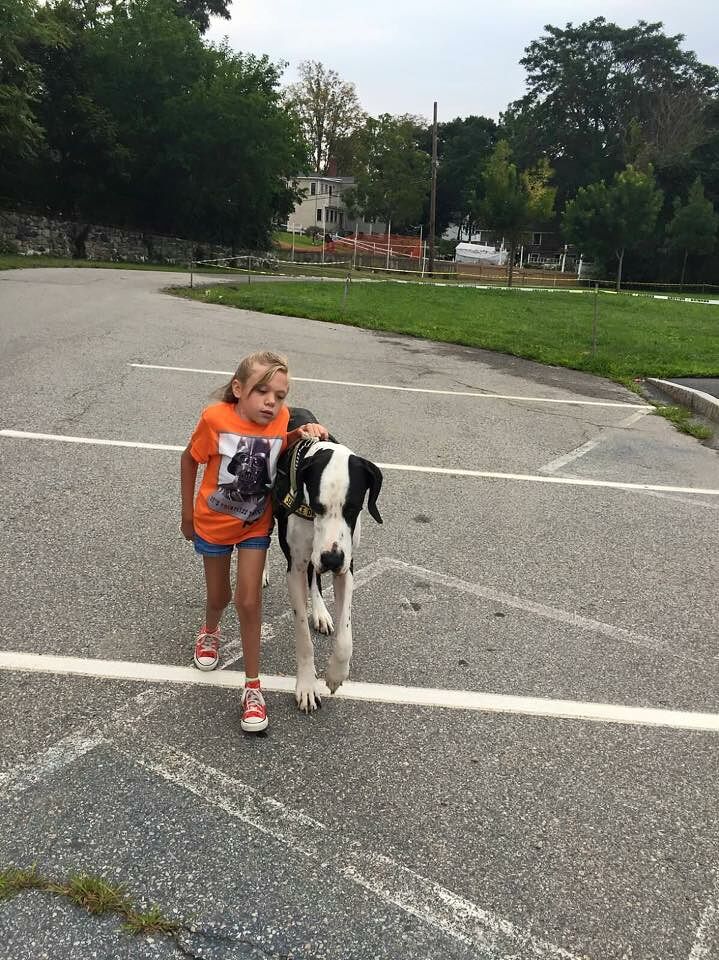 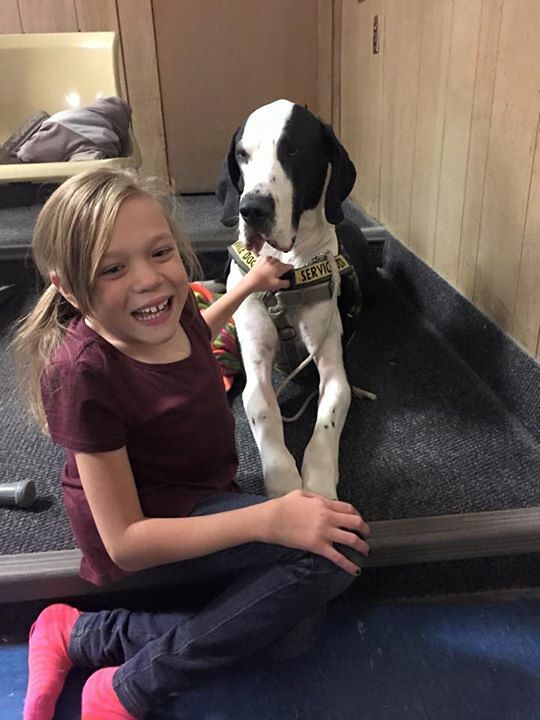 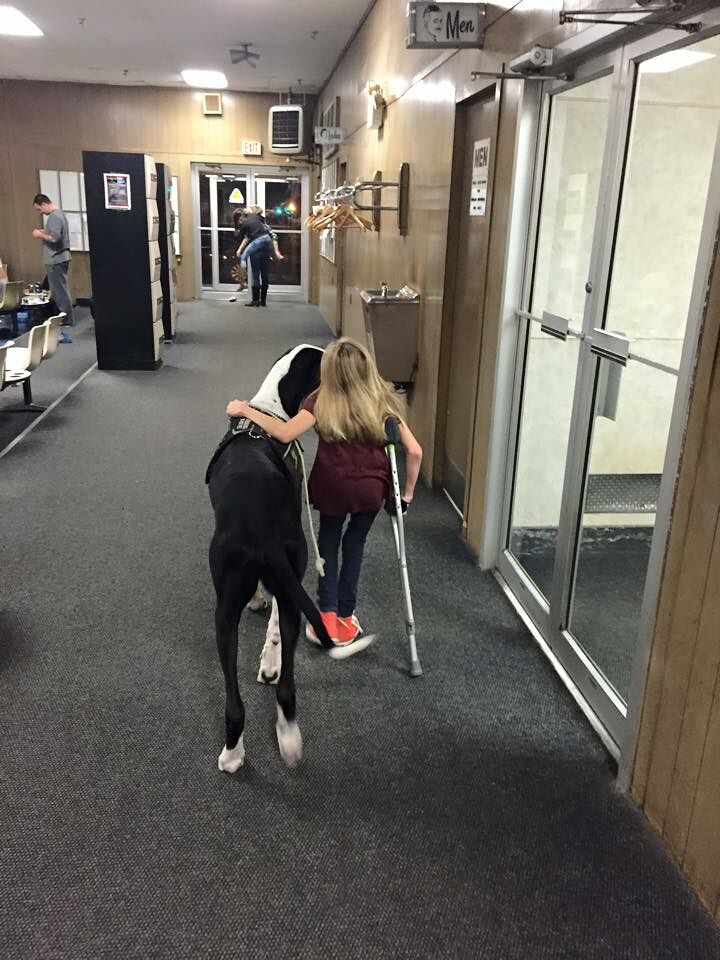 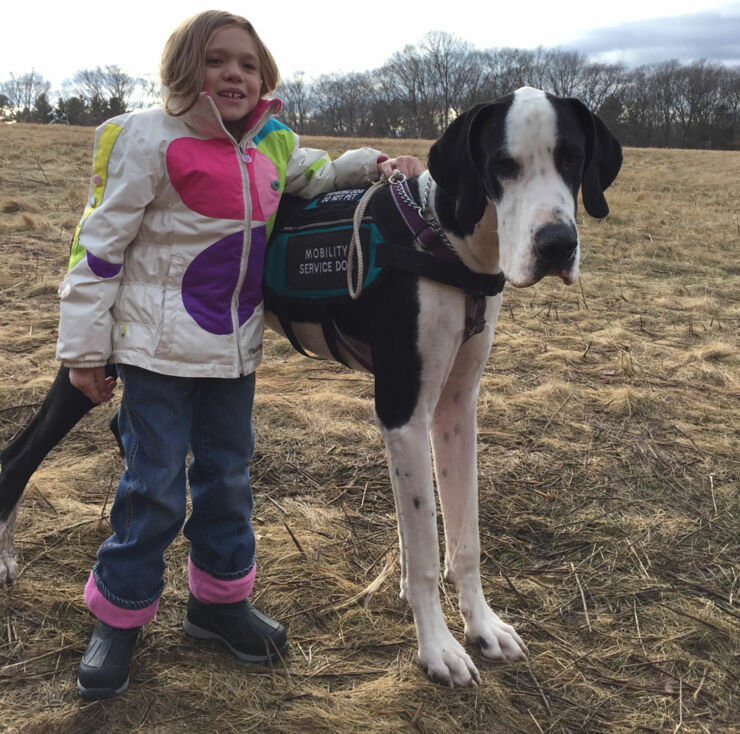