Well, this is awkward. If you were asked to describe and draw what you thought the ideal-looking lady parts would be like, how would you react? And don't forget, this isn't a casual conversation down the bar while drunk with your buddies, this is on camera.

That's what these poor guys were asked to do in a video by comedy channel LOLPervs. Yep, there is actually a YouTube channel called that and one of the things they do is "sexperiments", which this falls under.

The responses from the guys tasked with drawing the perfect munchkin's purse are hilarious—some of them are baffled and embarrassed, some of them think that all wizard's sleeves are equal, while one guy just can't stop laughing.

All in all it's not making the modern-day male look like he knows the first thing about the female anatomy.

However one of the guys rescues all males in general from the pit of despair and probably says it best with, "I accept the vagina however it appears" - Good answer dude. 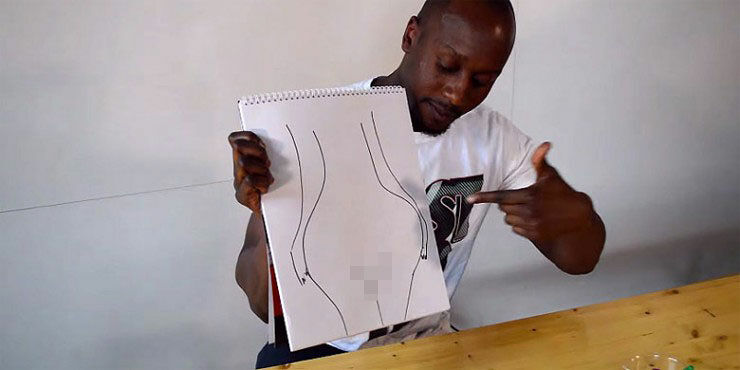