You might think that with all those feathers chickens wouldn't feel the cold that much, but you'd be wrong. And one woman is doing something about it, in the form of little knitted sweaters. Nicola Congdon and her mom, from Falmouth in the UK, have taken to creating knitwear for rescue hens.

Congdon and her mom have been rehoming battery farm hens but noticed that when they put them in their garden, the hens felt the chill more than ones reared outdoors. So Congdon thought it would be a good idea to knit some warm clothes for them, because why the hell not?

"We've been knitting chicken jumpers for the last six months." Congdon told the Western Daily Press back in November. "We are doing it for the ex-battery hens for when they come out of their poor conditions for them to put on in the cold weather. I've also thought about doing it for my own chickens, and the chickens absolutely love them. I don't leave them on for more than half an hour if I'm not up there. If I'm up there I'll leave them on for an hour or two hours depending on how long I'm up there. There's not a problem with them actually putting the jumpers on, they just stand there and they do everything they should be doing – as a chicken would. There are no problems with how the chickens behave."

People around the world have seen photos of the chicken knitwear and want in on the action. The pair have received requests from Canada and across the world. But Congdon, exemplary human being that she is, won't take payment for the sweaters, instead she asks people to make donations to an aids orphanage in South Africa.

Check out some of the sweaters below. 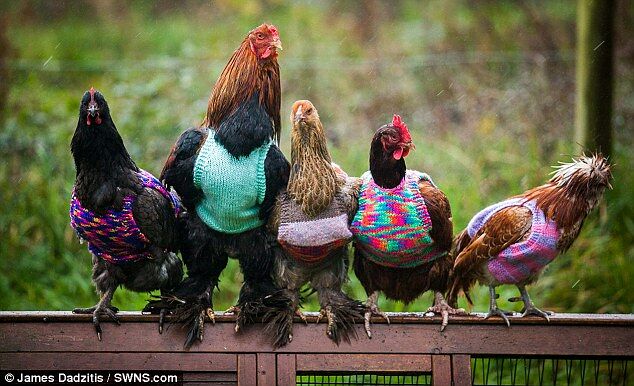 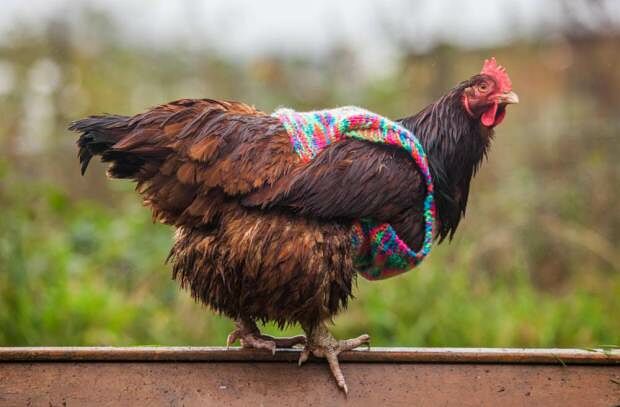 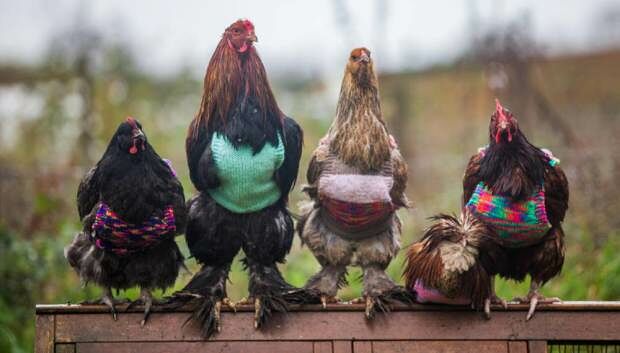 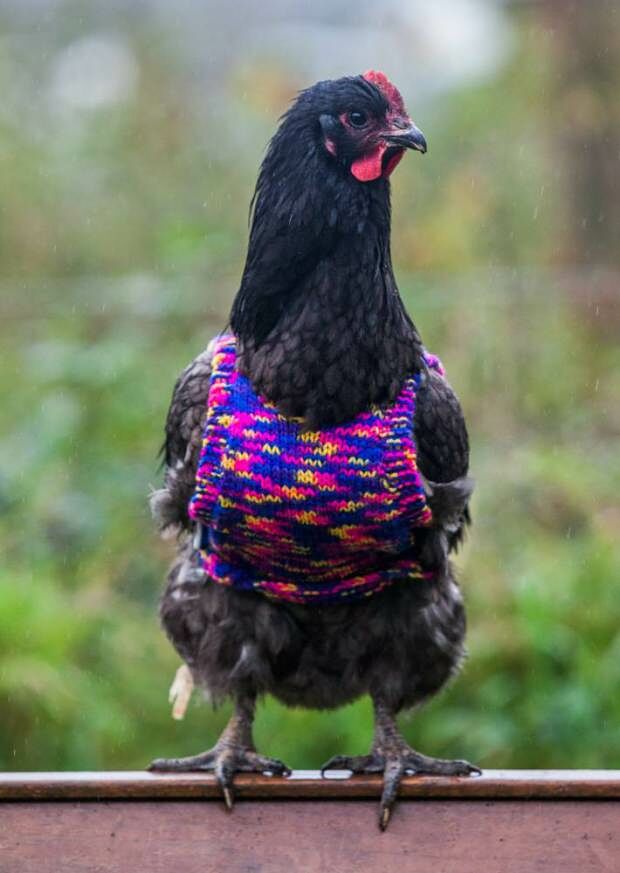 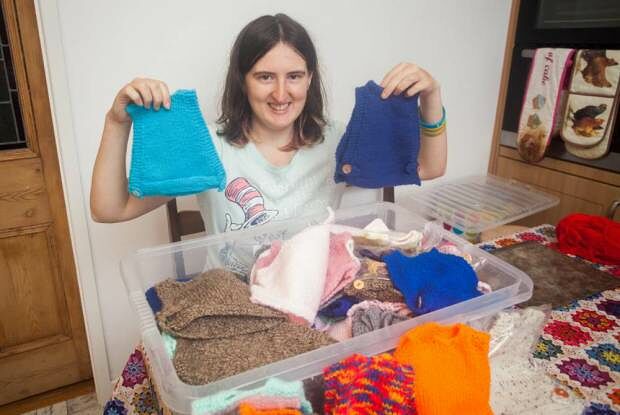 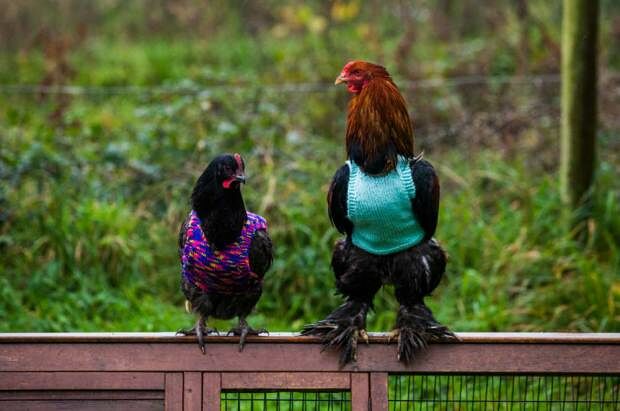