There are many ways for a man to relieve the stresses of modern life. And you can now add to them the act of choking the chicken in a public booth in New York City.

The booth, called GuyFi, is located on 28th Street and 5th Avenue in Manhattan (in case you need to know for "research" purposes, of course) and was set up by Hot Octopuss, a sex toy company, who no doubt thought it would be a good publicity trick—they were right about that. They said it was inspired by a Time Out survey that claimed 39% of the New York men questioned admitted to taking Captain Picard to light speed while at work.

According to Hot Octopuss' press release the idea was to "take this habit out of the office and into a more suitable environment designed to give the busy Manhattan man the privacy, and the high-speed Internet connection, he deserves." And a public forum.

The booth basically amounts to a payphone cubicle with a curtain on it and 100 men used it the day it opened, according to Hot Octopuss. Pity the poor person who has to clean it.

“At Hot Octopuss we are all about looking for new solutions to improve everyday life and we feel we’ve done just that with the new GuyFi booth,” Adam Lewis, Hot Octopuss co-founder, said. “We hope the city’s men enjoy using the space we’ve created in whatever way they want.”

Although the booth is there for guys to burp the worm when they feel the need the company are also cautious of not wanting to break any laws.

The company also say that while the booth is aimed at guys, it's open for use by any gender and that they're "working on solutions specifically tailored for women and trans people too." 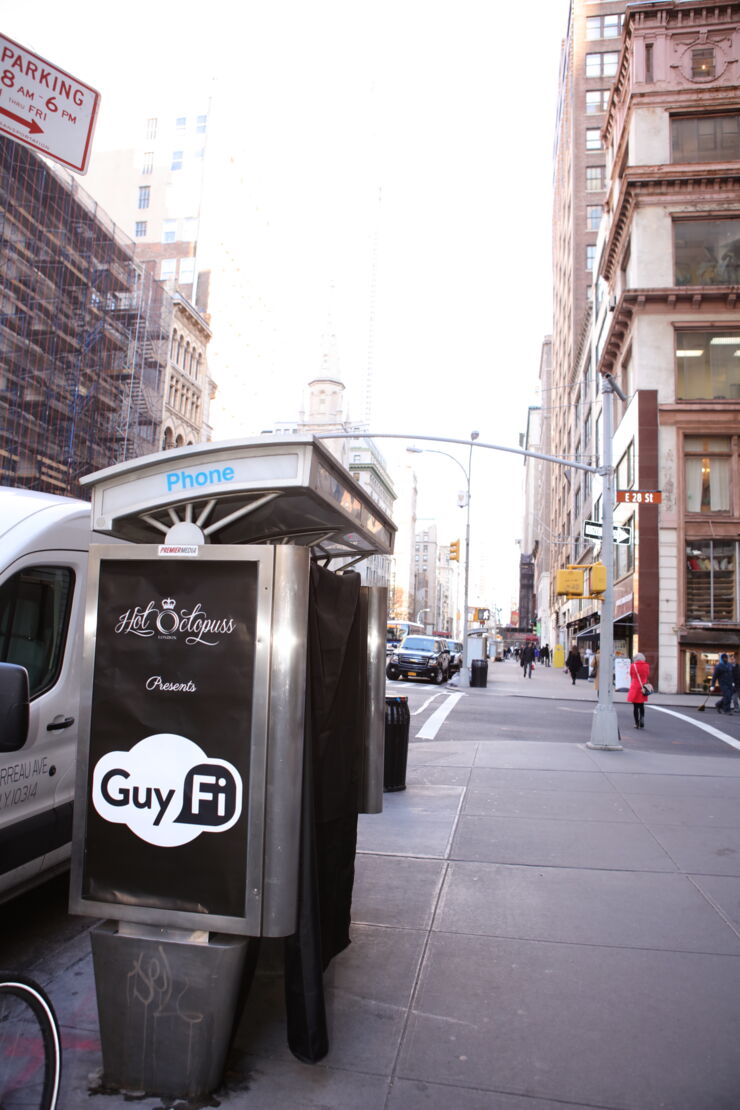 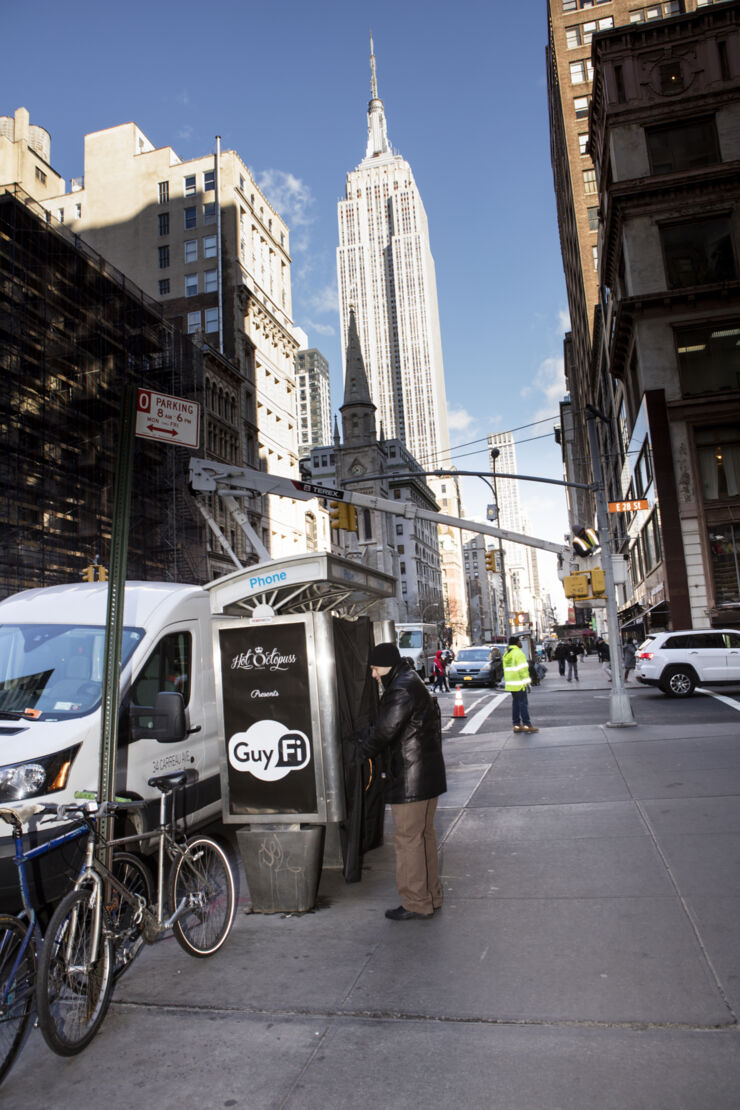 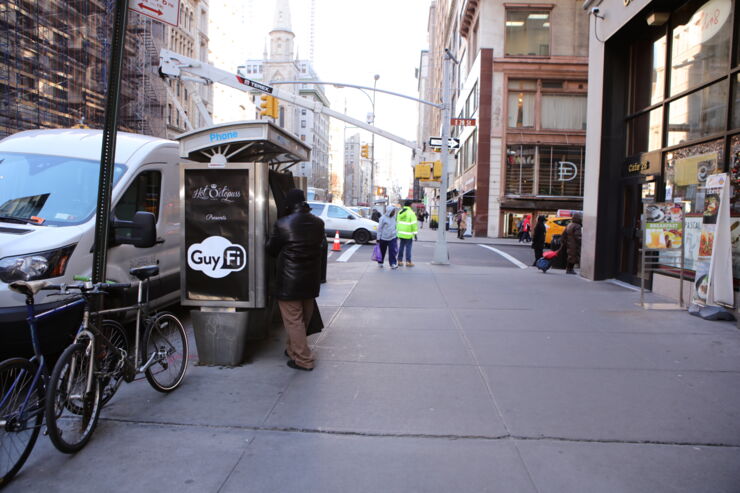 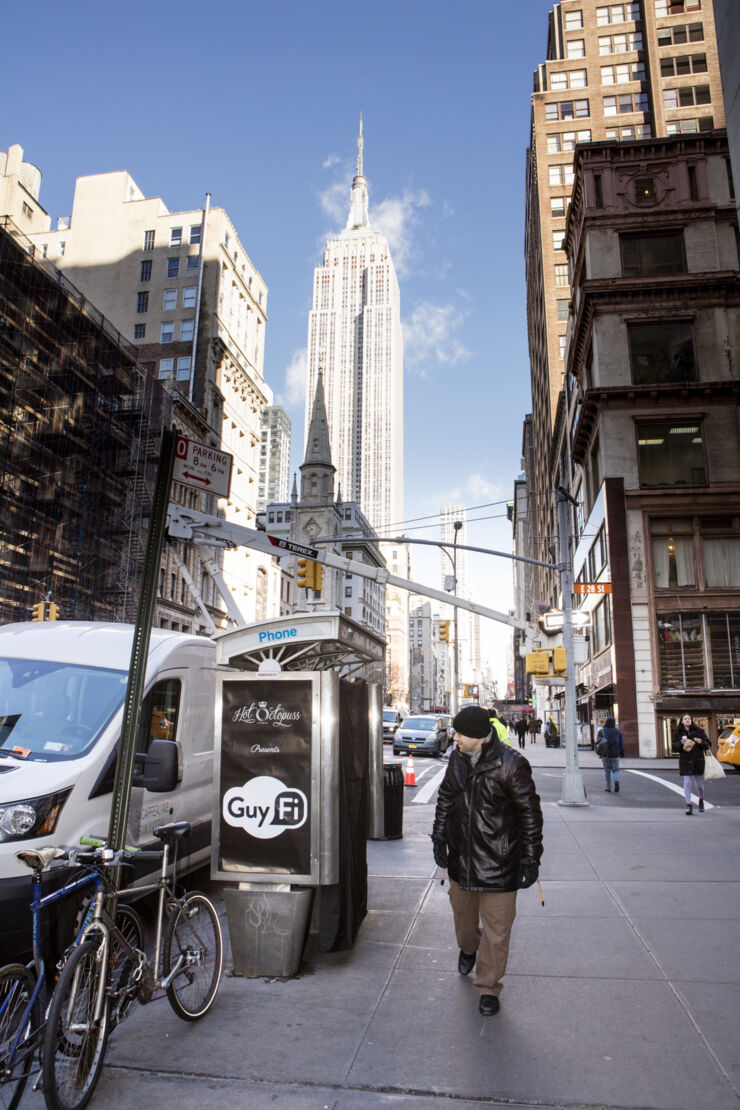