Jaws was an iconic film that heralded the dawn of the blockbuster movie—and these photos taken from the book Jaws: Memories from Martha’s Vineyard show how some of Hollywood's most memorable scenes were created.

The fictitious ‘Amity Island’ is swanky holiday retreat Martha’s Vineyard, off the coast of Massachusetts, and yes, the water’s freezing. Dozens of extras, clad in trunks and bathing costumes, are bobbing about just off the beach of Martha’s Vineyard, Massachusetts, trying not to shiver. It may be summer, but the locals know that the water doesn’t warm up until late in the season.

Also, there was no CGI back in 1974, but they did have a mechanized rubber shark on a wheels which you can see plenty of in the pictures below. Unfortunately Spielberg didn't know at the time the old adage that you should 'never work with children or animals' (thankfully for us he ignored that in his later films), on this occasion the shark was being a bit of a movie diva.

“I remember being on set for the first shark test, and it simply sank,” producer David Brown said in The Making Of Jaws. “We thought our careers in motion pictures had gone with it. Everything that could go wrong with the shark went wrong.”

“The shark was frustrating” Spielberg concurred, in what may be one of the greatest understatements in the history of filmmaking.

But fortunately for us (and Spielberg) it all came good and the transformation from the setting up of the shot to the terrifying scene in the film is amazing.

All the images were taken during filming on Katama Bay and depict the scenes shot on and around the infamous, and doomed, fishing vessel Orca. 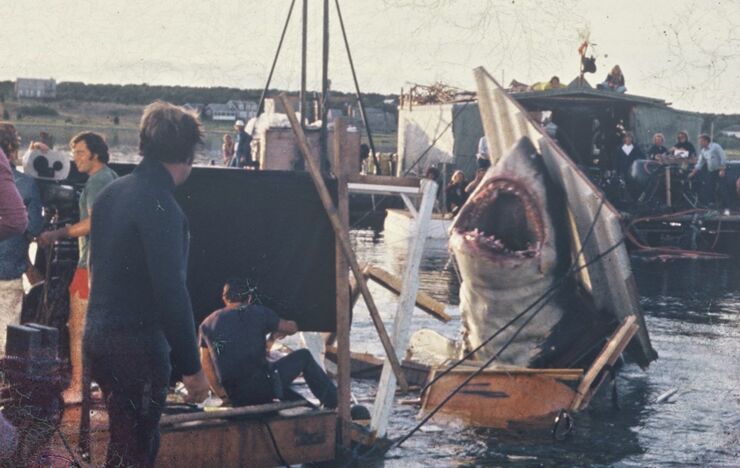 That shark sure did love that boat. 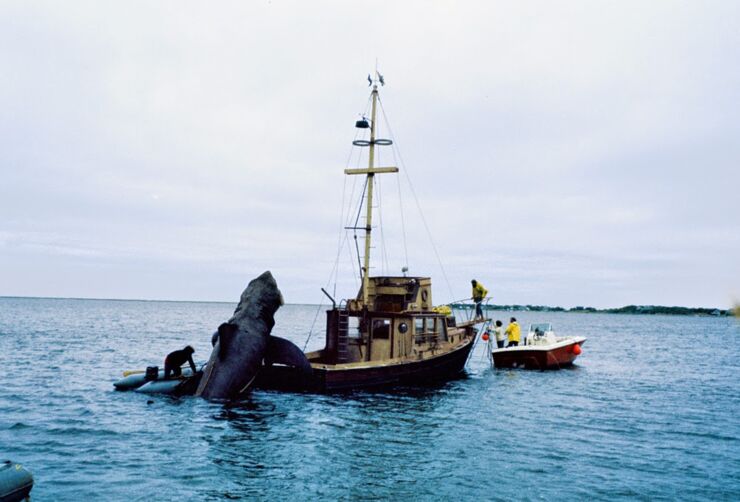 They went through about three interns a day on the shoot. 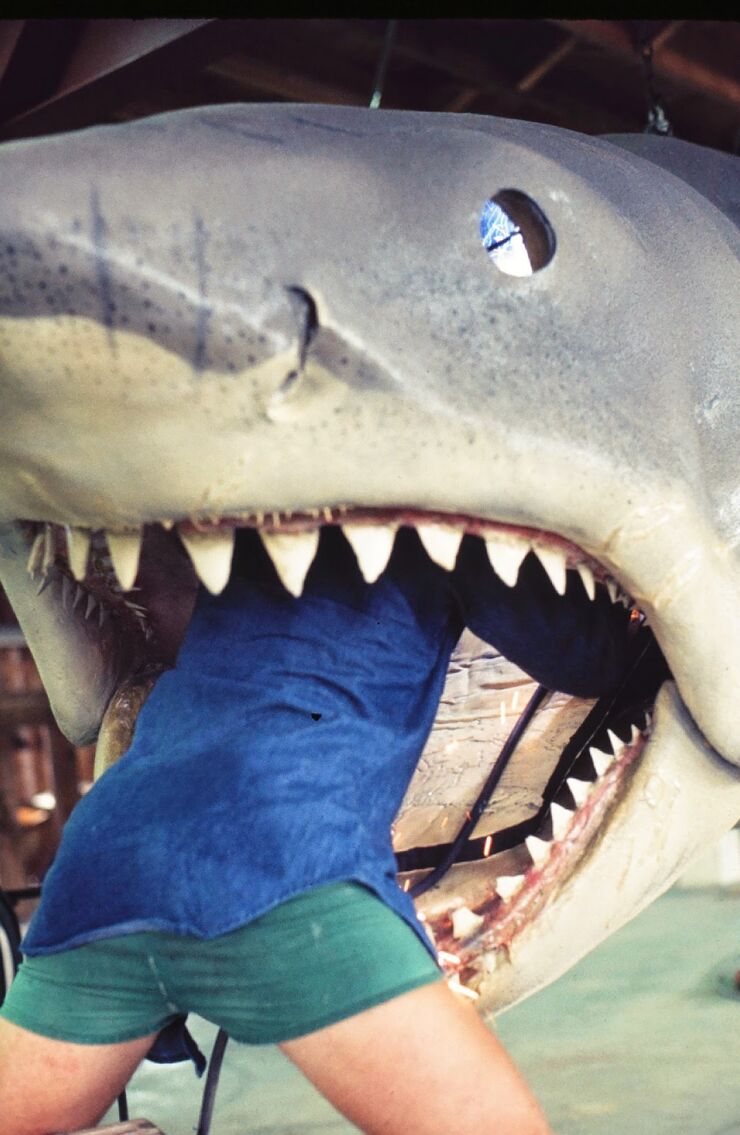 He was so full of interns, he couldn't quite make it to his trailer. 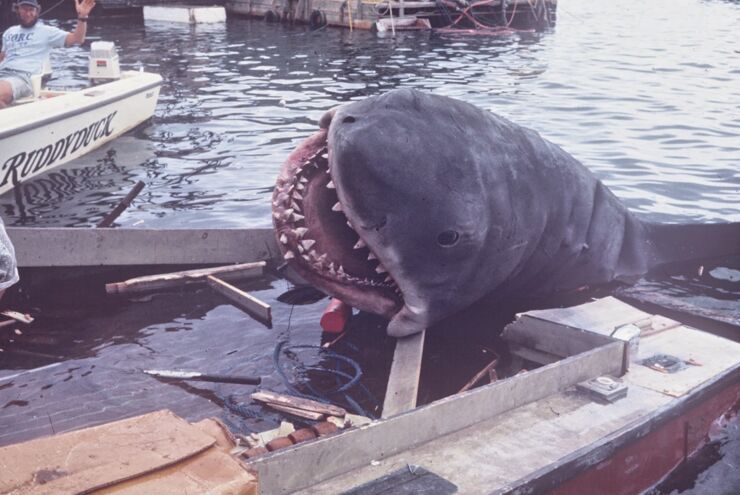 A shark on a wheel, you've seen it all now. 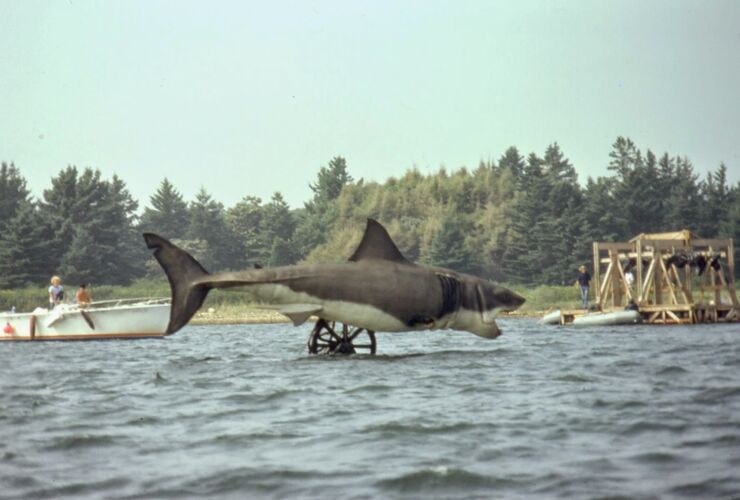 That guy in the dinghy could maybe offer to help. 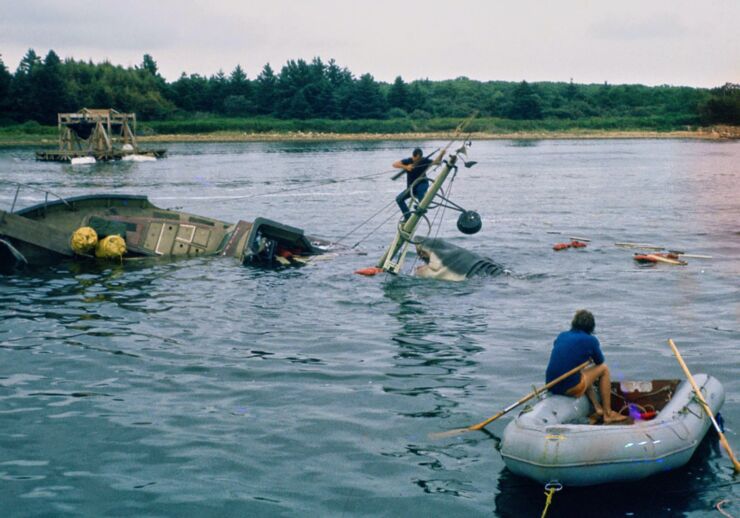 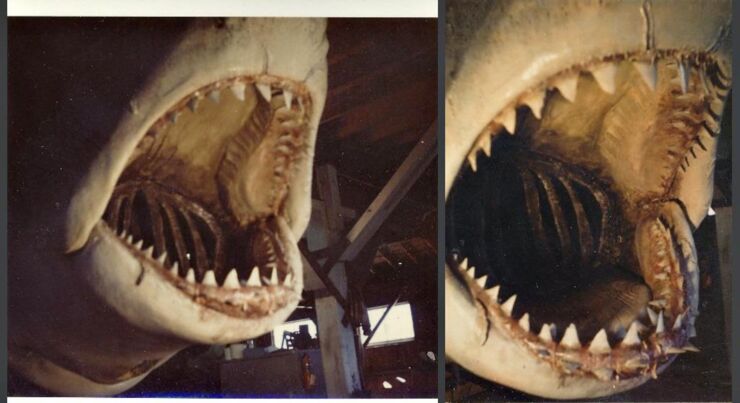 After Jaws, the mechanical shark went on to teach the CGI sharks in Sharknado how to act. 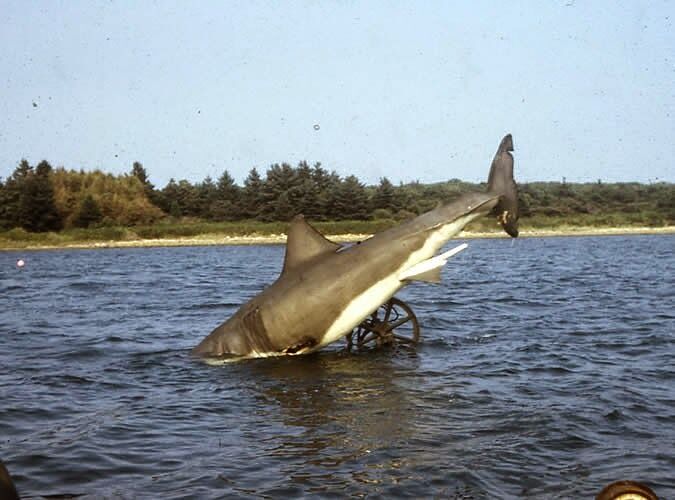 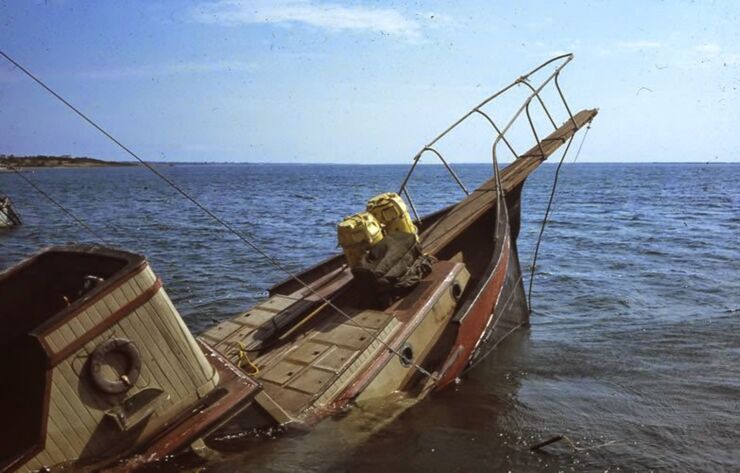 Every beach should have one of these. 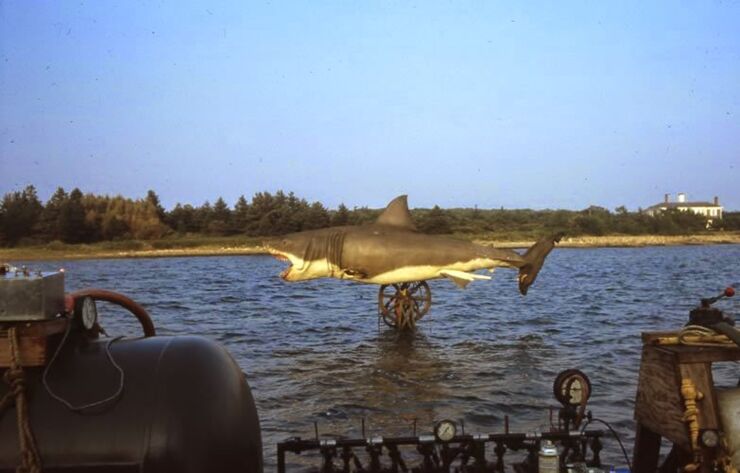 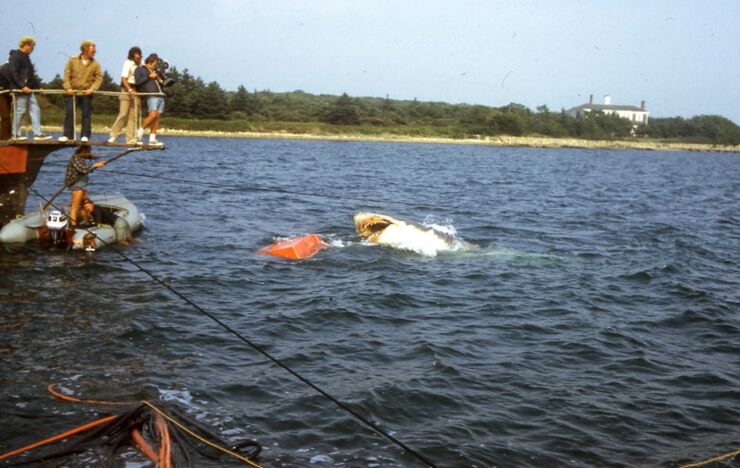 The Orca, in happier times. 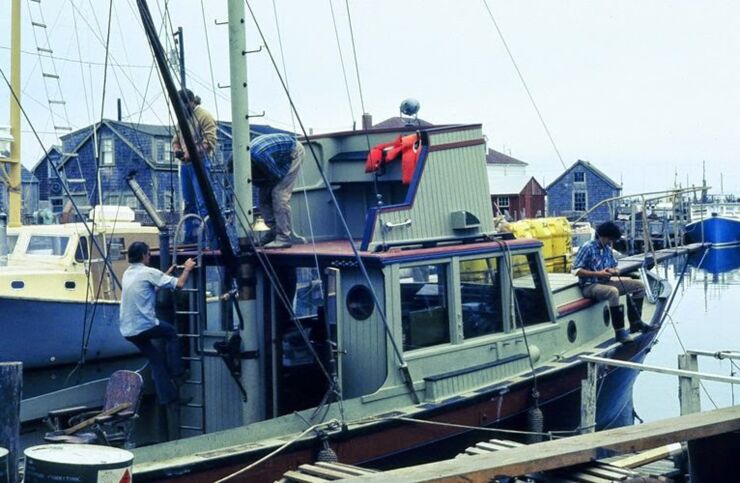 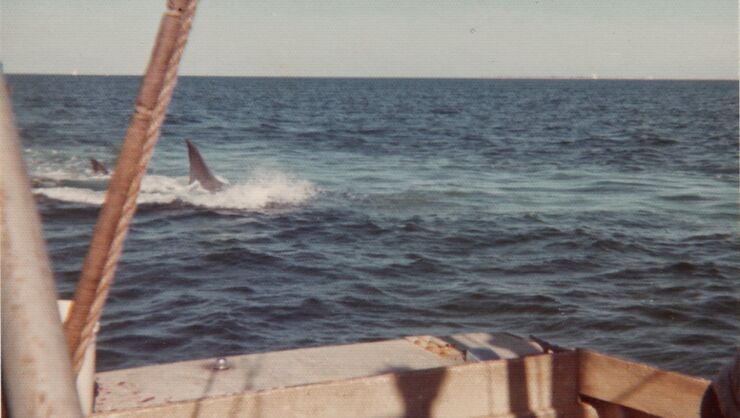 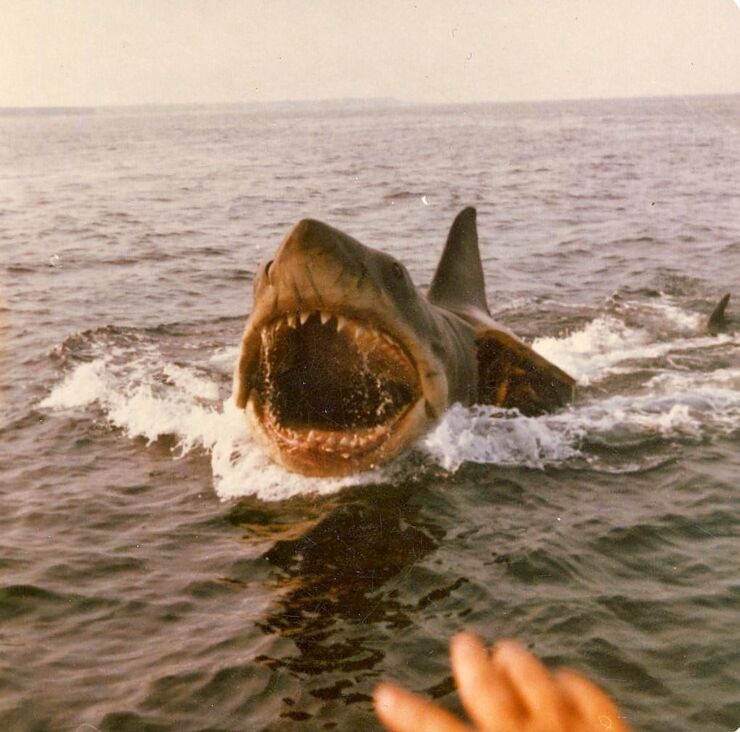 Jaws and Robert Shaw take some time out to discuss method acting techniques. 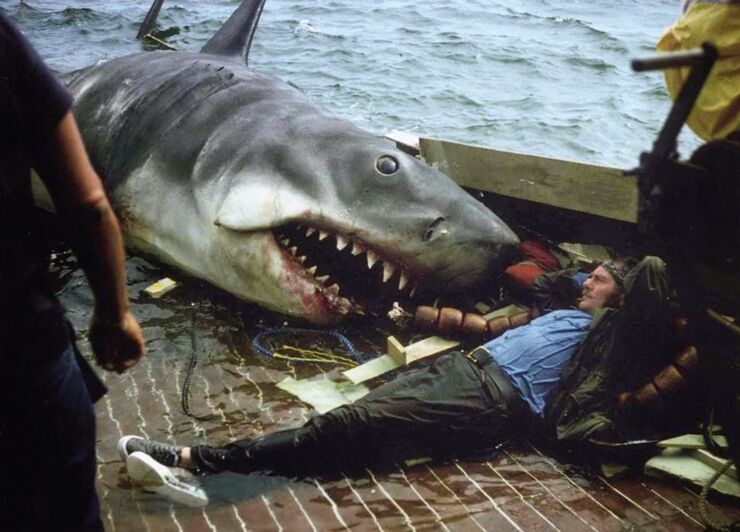 Watch the original cinematic trailer for Jaws, below.