Bullfighting might be a controversial sport but whatever your thoughts on it, whether you're all Ernest Hemingway about it or you think it's barbaric and evil, you should still find something to enjoy in this Street Fighter II mashup from Marca Blanca.

It turns clips of people fighting bulls into scenes from the 90s beat 'em up with some hilarious results. Without a doubt the star of the show is the woman known as Chun-Lina Morgan, who thinks nothing of bending over, revealing her butt, and twerking at a bull—which must be a first for bullfighting.

But what a powerful weapon it proves to be.

Although, like all the people in this compilation, she doesn't escape the bull getting its revenge. Fortunately—for the bull, for us, and for her—she'd put her butt away by then. 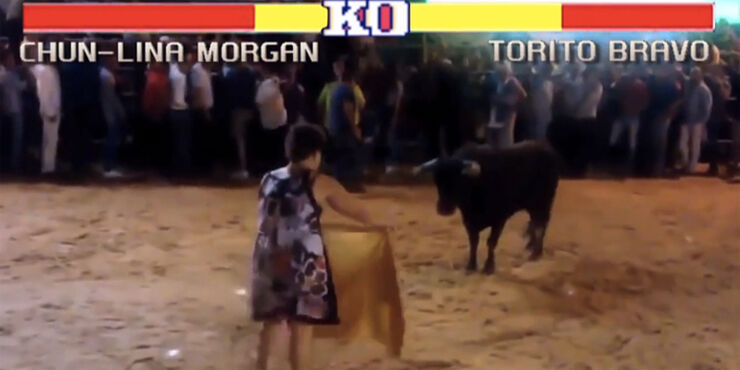