What happened to us, eh? We used to be real achievers, go-getters, explorers the kind of race that wasn't afraid to push the frontiers of everything we did in the pursuit of human achievement, curious of what space was like, then the moon, the planets and the stars beyond, we wanted to go and explore, and then explore some more.

Yep, we were great, but then we got comfortable and consumed in our own personal technology and, well, we got lazy and forgot our past, seemingly more interested in our Facebook updates and Snapchat messages, sure it's fun, but is it what we really are? Are we now afraid of the world outside our window?

Yeah, and we got scared, like a bunch of pussy-bellied yellow cowards from planet Gutless. And because we got scared we invented stories that we could latch onto and direct our mindless, unconditional belief in. 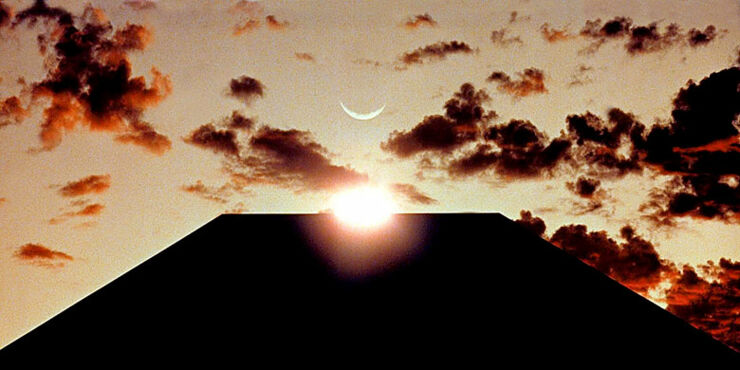 We got scared transcript - From YouTuber dogmaticCURE

We were born through ingenuity and violence in a world where a brute struggle was encoded in every living being. But we were different. Our sole imagination gave us confidence so we stood up right and we triumphed over our enemies. But we were confused when we opened our eyes. Nature made us masters of survival but didn’t give us the tools to understand the world. All we knew about life was death we inflected upon others and it reminded us of our own fate. So we got scared and we told tales about another life – the corner stone of our civilization.

We wandered out into the unknown as proud nomads and the smell of conquer followed our footsteps. We held our chests high and we feared no enemies. But our brute species stumbled into a world full of mysteries ungraspable to our young minds. We started to ask questions but there were no answers to be found. Winds, rains, volcanoes, earthquakes – the rulers of life and death. They seemed to be alive they seemed to have a will of their own. So we got scared and we surrendered the nature to a higher power; a thing to be worshiped.

We settled down in every corner of the world and we declared dominion over the sea and the air and over every living thing that moved upon the earth. We grew in numbers and our natural enemies feared our presence – we demoted them to fairy tales. We ruled and blessed a land we walked upon but our common heritage was a lost memory we are turned into neighbors divided by distance and language. We approached each other through suspicion and we saw the reflection of strangers. So we got scared and we made new enemies.

We raised cities and drew borders and we united proudly under our colours and superstition. Wealth and prosperity became the foundation of our great nations and those less fortunate diminished beyond oblivion. Our survival blood nourished our grabbing hands but the grass was always greener on the other side, we were trapped under the colour of our banner and the sense of fulfilment was nowhere to be found. Our needs never gave us silence and there were no more lands to claim. So we got scared and brother turned against brother.

We mastered the power of thunder and a spark of enlightenment spread throughout the civilized world. We became masters and servants under the force of technology and those who controlled its power claimed to be gods and ruled upon others. Every breath we took smelled the spring of success but we drained the lands and materialized our societies. And we imprisoned ourselves in boxes of ancestral wisdom. We fell down on our knees and pray and we only saw shadows of ghosts. So we got scared and we found new ways to destroy each other.

Look at us now, we are so scared. We surrender our hearts and minds to dogmatic ideologies and we celebrate death and destruction has our greatest masterpiece. We express our greatest achievements through our fears and ignorance and we catalyse our power through our primitive nature. We seek knowledge through ancient wisdom and we live our lives by doomsday prophecies. We are driven by an ever growing hunger and we’re always scared of not having enough. And the fact we are not going to live forever scares us so much that we seek salvation from this world and a paradise in another life.

But we haven’t always been scared…

Alongside our brute and ignorant nature another force pushed us through the ruthless chain of existence. We have always been an inquiring species and the mystery of nature captured our imagination from the moment we opened our eyes. We gazed at the world and through the night sky and our in inquisitive minds pushed us beyond the boundaries of ignorance. We began to use our tools to reveal the forces of nature and we stripped down the fear that had bounded us throughout the ages. We caressed a world with our consciousness and we evolved intellectually and morally. And we reached insights far beyond what our fearful ancestors could ever have imagined.

We Homo Sapiens, we’re all connected to each other by our common heritage and we share the tree of life with every living thing we have changed through time by the laws of nature and we acquired virtues that ensured our survival throughout the generations. We have fought for our existence against our natural enemies and we have endured the greatest ordeals. Our understanding of the world surpassed all of the living beings and nature rewarded our inquisitiveness with the insight of self-consciousness.

We are the only species in the world that became aware of its existence. We are the first to contemplate the nature of reality. We stand alone in understanding the concept of a better world and we have the only minds that can make dreams possible. We have proven time and again that when we put our efforts together we have the power to achieve greatness. Our unprecedented sense of love and compassion has moved us to found societies and freedom and justice and we have manifested our wisdom and ingenuity in great wonders throughout the world.

We have learned the power of sceptical inquiry and we have found new ways to recognize the poetry of reality By climbing on the shoulders of giants we got the courage to leap up from our world and we have touched the surface of our celestial neighbour with our footsteps. We have explored distant worlds with our ingenious tools and we have discovered that the stuff we’re made of thrives throughout the cosmos, we have even glanced that the origin of space and time and we are finally beginning to understand our place in the universe.

We have made great progress and we’ve acquired great knowledge but our civilization is still far from its peak where we can live together in peace and harmony with nature. We still have many rivers to cross and we still have much to learn before we reach our full potential. If we want our civilization to survive and flourish then we need to stop being scared all the time if we need to embrace the nature of reality. And we need to stop pretending that we are a part of a divine purpose and that we’re going to be reward with eternal bliss.