A judge in New York has permitted a woman from Brooklyn, Ellanora Baidoo, to file for divorce by changing her Facebook page to "single." It's quite an astounding occurrence, but it seems it's happened because her husband is so damn elusive.

Ellanora Baidoo and her husband Victor Sena Blood-Dzrak, both from Ghana, married in 2009, but things didn't work out and the couple never lived together, so the marriage was never consummated.

Blood-Dzrak doesn't have a fixed address and only keeps in contact with his wife via phone and Facebook, so this seemed like the best way to serve him the divorce papers. Ms Baidoo’s lawyer, Andrew Spinnell, said they even hired a private detective but even they couldn't track him down.

From the New York Daily News:

In a landmark ruling, Manhattan Supreme Court Justice Matthew Cooper is allowing a nurse named Ellanora Baidoo to serve her elusive husband with divorce papers via a Facebook message.

Baidoo, 26, “is granted permission serve defendant with the divorce summons using a private message through Facebook,” with her lawyer messaging Victor Sena Blood-Dzraku through her account, Cooper wrote.

“This transmittal shall be repeated by plaintiff’s attorney to defendant once a week for three consecutive weeks or until acknowledged” by her hard-to-find hubby. 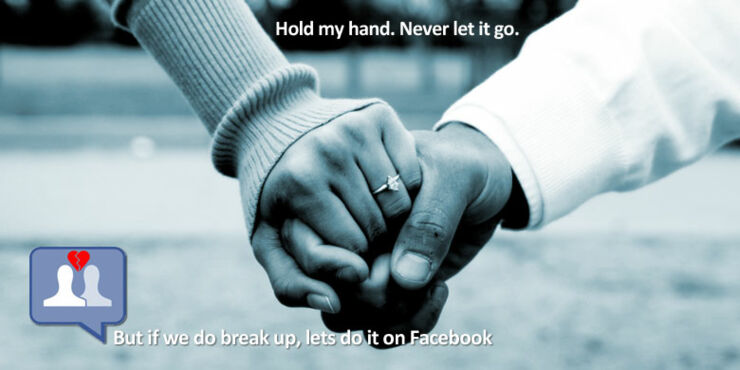