Advertising is built on lies, that's just a fact of life. Not only that, but everybody lies to each other all the time. We need to. We have to. But there are lies, there are damn lies and then there's these.

Lies so blatant and irritating they deserve their own video pointing them out so we can all get riled about it (and there own lawsuits too). Cracked.com run down seven of the most inflaming adverts they could find, where companies base the entire concept of it on the shaky ground of untruth and fallacy.

They include Verizon's map of cell phone coverage that's actually just a complete fantasy, to Vitamin Water's ludicrous claim to being a healthy drink, when in reality it contains as much sugar as Coca-Cola.

Business is business and brands need to shift their product onto the paying public, so they will do whatever it takes to make you believe what they claim their product will do.

It's all good though, just as long as you are aware that they are selling you snake oil.

As one YouTube commenter put it, "Commercials have reached the point of "Yeah, we're lying. You know we're lying. We know you know. F#ck it." 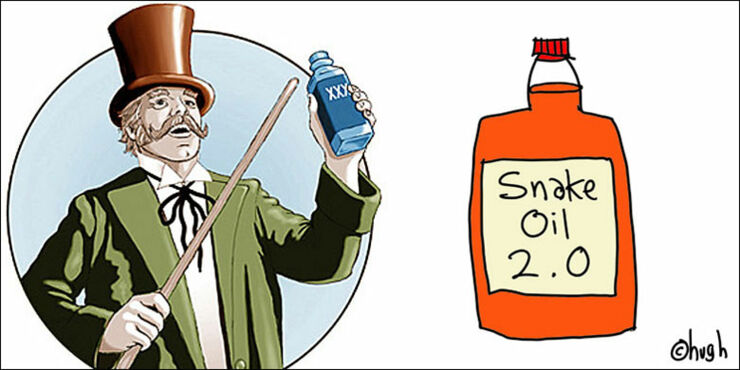