With the right editing and the right music, anything is possible. For instance, superheroes that populate the Marvel Cinematic Universe can be remixed into characters in a romantic comedy, which is exactly what happens in this funny re-edit by Vulture.

Titled How to Avenge a Guy in 10 Days and coming off like an ensemble rom-com, the world-saving superheroes are just looking for love in this campy version of themselves.

It's remarkable how, with a just a few shots of Mark Ruffalo topless and some well-placed Lionel Richie you can turn the franchise into something completely, well, rom-comy.

It's all down to the fact that Marvel keeps its superhero movies a little bit lighthearted.

"One of the secrets to the success of the Marvel Cinematic Universe is that it's more charming than most of its superhero-franchise rivals." says Vulture. "With the next stage of the Marvel ascendancy coming with the newly teaser'd and ever-so-bromantic Captain America: Civil War, we decided to envision a world where the Avengers gave up on the world-saving and just went full romantic comedy on us."

All good fun, but Captain America and Bucky? Isn't that taking it a bit too far? 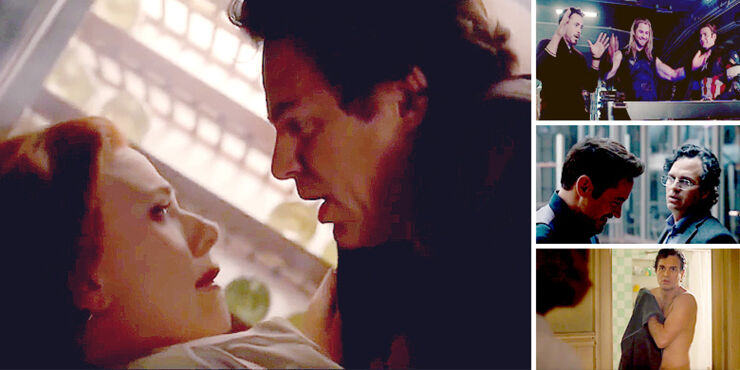