If you live in Japan the expression 'Bagel Head' means something totally different than putting some donut shaped bread filled with cream cheese and salmon on the top of your cranium. It's a new body modification craze favored by young Japanese women (and men) which is created by injecting about 400 cc of saline into the forehead, then pressing in the center of the swollen area with a thumb. And 'voila', you now have a bagel head.

Pursuing personal cosmetic body-enhancement procedures in the pursuit of beauty is not a new thing, look at any female magazine publication and you will see articles on botox, face-lifts, tummy-tucks, boob jobs and anything else that just happens to be in vogue in the world of looking/staying young and attractive.

However, calling this a beauty trend is a bit of a stretch, because you could hardly say it makes the recipients beautiful. But hey, beauty's subjective right? So who am I to judge.

So Why Would You Try Out The Bagel Head Trend? 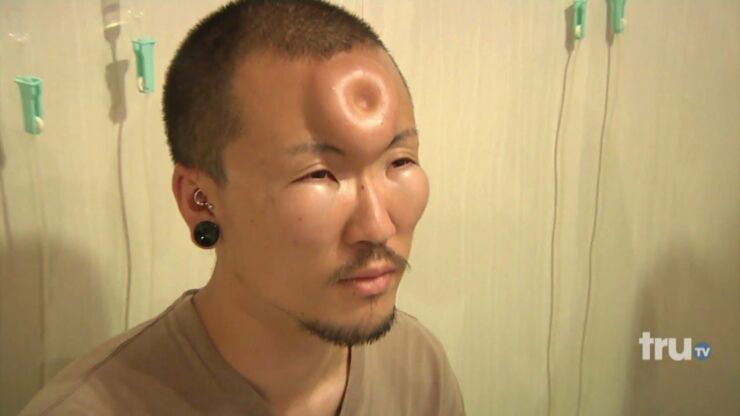 Taking another approach you could say that turning yourself into a bagel head will most definitely get you noticed and make people aware that, 'yes', you have had a body-enhancement treatment. Once the patient is injected the effect lasts for about 16-24 hours, then your head returns to normal.

Japanese photographer and journalist Ryoichi “Keroppy” Maeda explains "People who like extreme body modification want to find their own way of doing things, and they’re always looking for new ways to do that. The more progressive the scene gets, the more these people have to experiment and go their own way.”

Keroppy, who’s been documenting the underground scene of Japanese extreme body modification for over twenty years states that the fact that this body-enhancement is not permanent gives it more appeal, "Everyone I know who has done it, no matter how many times, their skin has gone back to exactly how it was before. You can inject it anywhere you want, really. It’s usually just the forehead, but sometimes they do scrotal infusions as well." 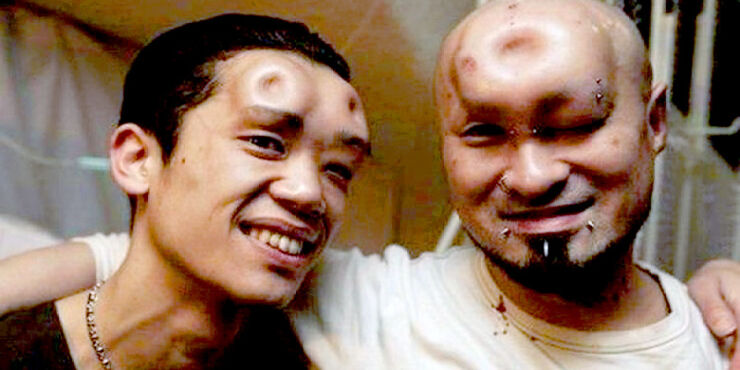 National Geographic's Taboo show (above), which featured three people receiving the expensive bagel head treatment, brought this underground practice to the mainstream's attention, and it has been a constant source of fascination ever since. If you're not a fan of needles you won't be a fan of the procedure to get a bagel head, because it involves having a saline drip inserted into your head by way of a big needle.

After two hours of pumping 300 to 400cc of saline into your cranium, out comes the needle and down comes the thumb and there you have it. Your head now looks like a weird, fleshy bagel.

Which begs the mind-boggling question of what would you need to do to look more extreme than a bagel head?

Some Of Our Favorite Best Bagel Head Images 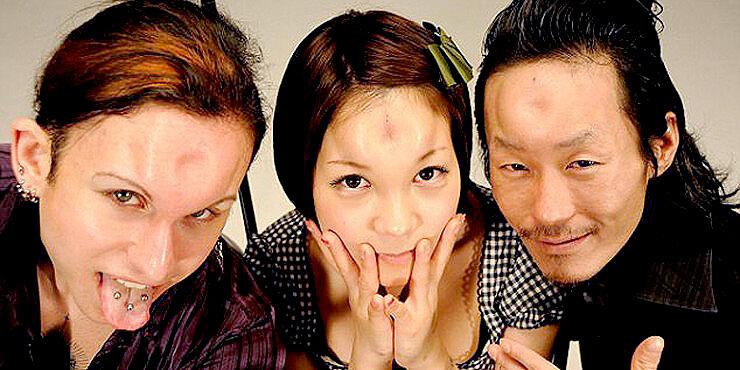 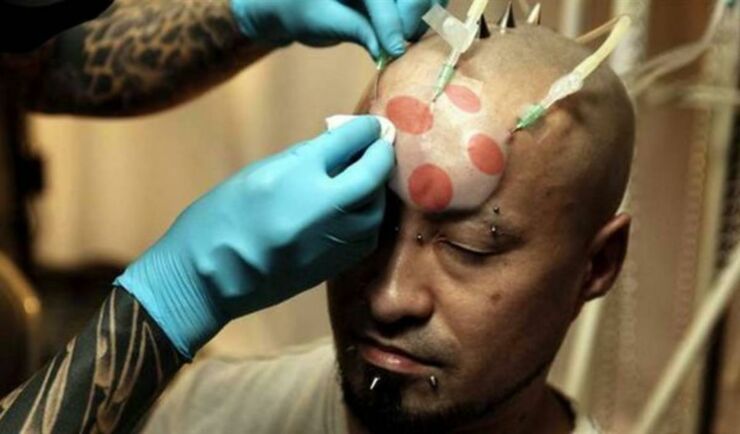 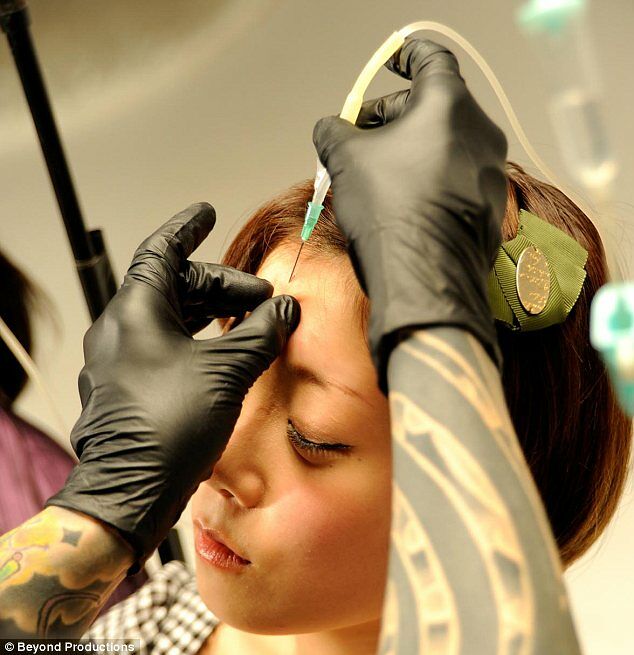 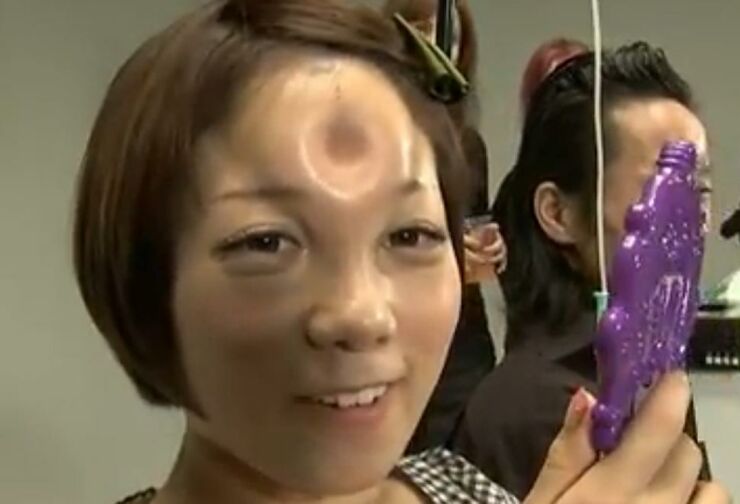 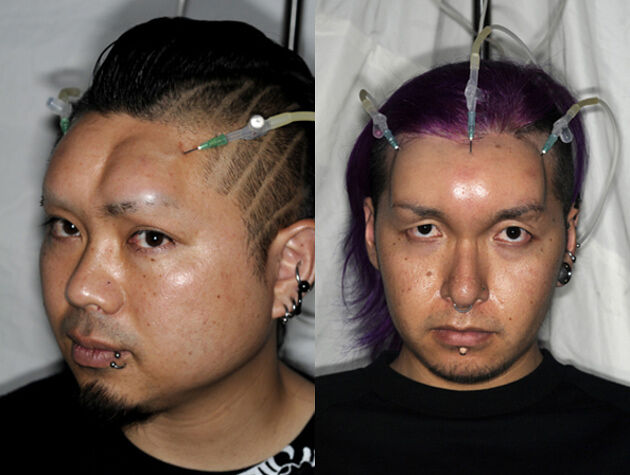 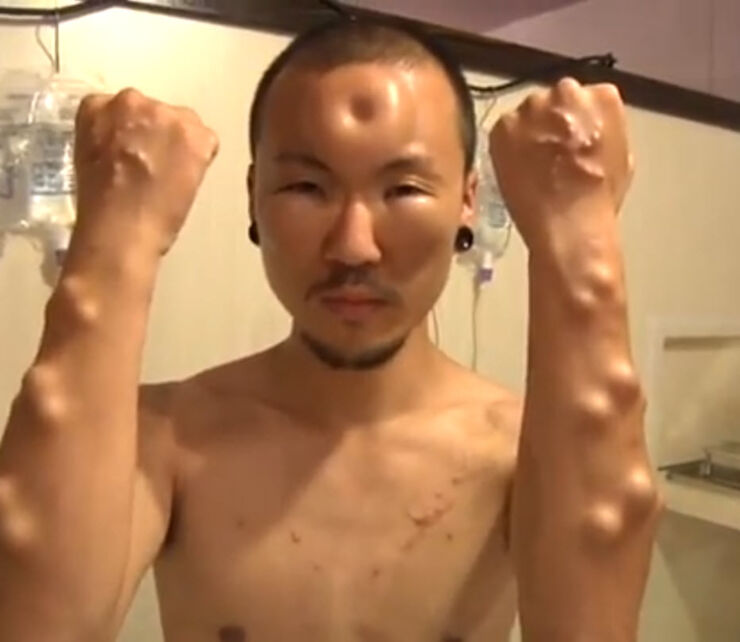 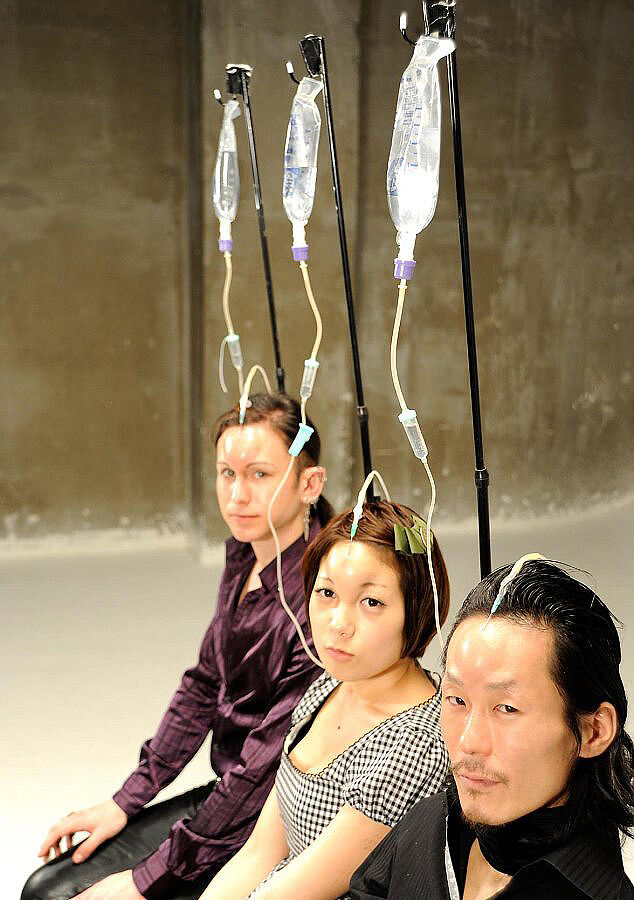