You can't really get a more all-American hero than Captain America, but the first issue of comic book Captain America: Steve Rogers comes with a revelation that he is, in fact, an agent of Hydra. Shock horror.

The twist came on the final page of Captain America: Steve Rogers #1 as Cap throws someone out of a plane to his doom and casually remarks "Hail Hydra."

Fans were pretty outraged at the decision to do such a thing and, of course, they took to social media to vent spleen. That outrage naturally has a hashtag and it's #SayNoToHYDRACap.

They can lay blame, and no doubt they will lay more than blame, with the comic book writer of the series Nick Spencer who, according to Marvel executive editor Tom Brevoort's interview with TIME, pitched them the story "as part and parcel of restoring Steve to his youth and vigor."

"In the comics, he’s been old for awhile." Brevoort continues. "The super soldier serum that was keeping him young had been broken down, so for the 75th anniversary, Nick had this notion that we were going to restore him. But then we went into this other story about Hydra, and this is only the tip of the iceberg."

So, if you're a Captain America fan, bad news. He was a plant all along and it looks like it's going to be for good. Or, at least, until the next twist to churn up more sales. 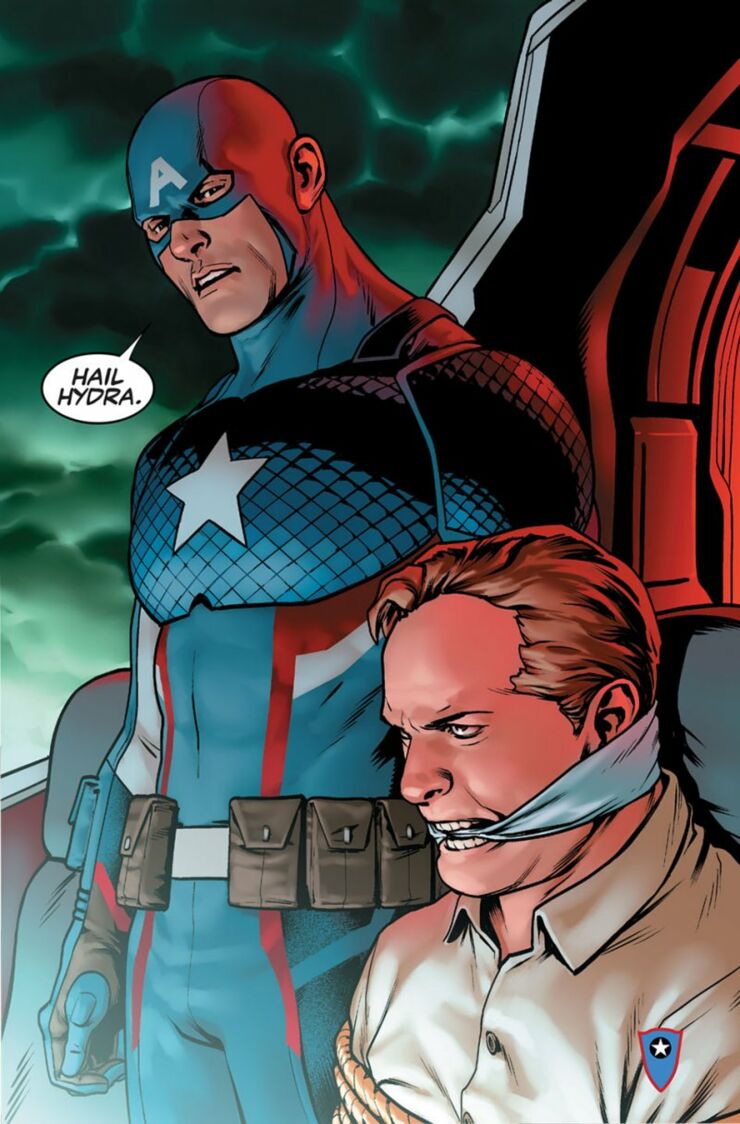 "This is something that is gonna have a profound effect on the Marvel universe,” Spencer told The Daily Beast. “I’ve seen a lot of people say things like, ‘Oh, it’ll be wrapped up in the arc,’ or ‘Give it six months.’ And I can tell you, that’s not the case. This has real lasting repercussions that are gonna be with us for a while.”

In the comics anyway, in the Marvel Cinematic Universe Cap isn't part of Hydra. But still, it was a serious piece of trolling on Spencer's part and he fully understands how angry it's going to make some fans. “You understand that this is the kind of story designed to upset people and shock people and worry people." Spencer notes. "That’s the response you’re supposed to have to something like this, when you’re seeing a bad thing.”

Take a look at some of those responses below.

It seems the people have taken to Wikipedia to express their anger.#SayNoToHYDRACap #MarvelDoesntDeserveCap

Promise me one thing - that you will stay who you are, not a perfect soldier, but a good man. #SayNoToHydraCap

I recognise has made a decision, but... #SayNoToHYDRACap

Absolutely horrific. He was created by 2 jewish men to fight Hitler. Now you make him a Nazi?! #saynotoHYDRAcap

How I feel about this #SayNOtoHYDRACap