Rebooting old games into new ones is something the video games industry loves to do. Just like all those Hollywood remakes you have a readymade, if slightly cynical, audience all waiting to pounce. But it needs to be done well, just think of Duke Nukem Forever and you can't help but shake your head with regret for all involved.

But, another reboot is coming. And this one has the potential to be huge. We all remember Doom, it was the game that kickstarted the modern era of first person shooters—it wasn't the first, but its influence has radiated outwards through the proceeding decades like a plasma gun splattering demons in the corridors of hell. And it's left its fair share of mental scars on kids who played it with the lights down low and the volume up high. 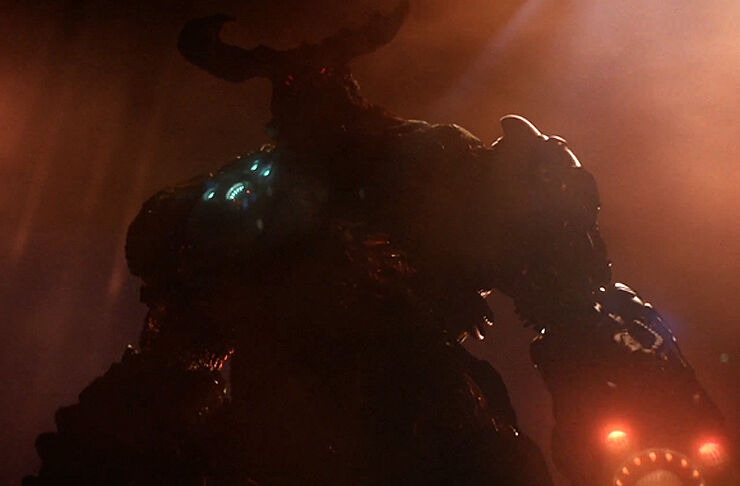 The Cyberdemon as glimpsed in the trailer

The first teaser trailer for the new Doom 4 game from Bethesda and id Software was released a few days ago, and the anticipation is running at fever pitch levels. John Carmack, the video game legend and co-creator of the original might have left developer id Software for Oculus, but the game and fans' expectations are still going ahead.

They're not really giving much away about it though. The trailer doesn't seem to reveal any in-game footage but we do get a statement at the end saying all will be revealed at QuakeCon in July. What it does do is nail the creepy atmos of the original with glimpses of demonic flesh fused with machines. Five years in the making, there's a lot riding on this. Let's just hope it delivers.