BOOM! Headshot. It's no doubt gruesome but the headshot is an integral act for many gamers. Whether it's a sniper rifle or a handgun, taking out an opponent with a well-placed headshot is an act undertaken by many.

But why? Where did it come from? How did it become so popular? These questions are what Gameranx tackle in this seven minute video where they look at the history of one of the most violent actions in FPS games.

"It's not only measured by the game as an achievement," says the voiceover in the video, "but it's also a massively satisfying display of skill."

It does then acknowledge that to non-gamers it might seem quite a grim thing to do—but to gamers, an no-scope headshot is a high-five feat of awesomeness.

The video starts with the first instance of a headshot used as part of the gameplay, in Sega's 1994 arcade game Virtua Cop.

From there it details how it evolved and became part of gaming lexicon.

And how it's evolved, with games like Fallout 3 which brought in the cinematic slow-mo headshot—an effect which has now become so ubiquitous that it's crossed over and is featured in movies too. 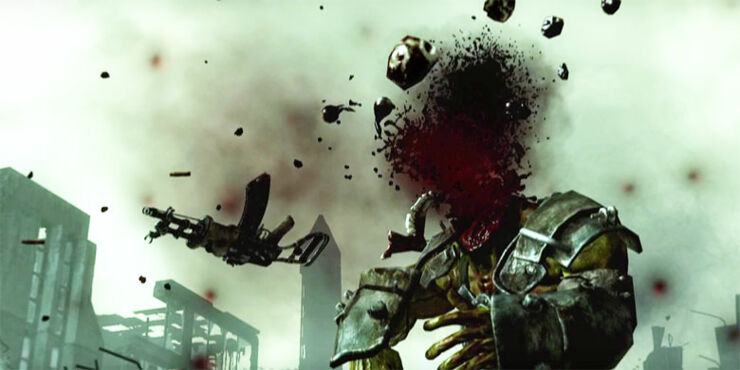