Plenty has been made of the personal Donald Trump twitter account since the former reality TV star and real estate mogul become president. In his latest stream of tweets Trump has insulted the Morning Joe TV hosts, attacked the fake (and now fraudulent) media, and most controversially of all-posted a video which shows the president body slamming WWE CEO Vince McMahon with McMahon's head replaced with the CNN logo.

The tweet, which was shared on both the personal Donald Trump twitter and the presidential Twitter (meaning it will now be archived as a historical document) came with the hashtags, "#FraudNewsCNN #FNN." The meme is a doctored video which was originally posted on the r/The_Donald subreddit. The POTUS got hold of it and tweeted it out.

The original video sent by the Donald Trump Twitter showed Trump taking down WWE CEO Vince McMahon and then mock-punching him while on the floor. When it was posted to Reddit it had the title "Trump takes down fake news." On the Donald Trump twitter account it was followed by a tweet that said, "The dishonest media will NEVER keep us from accomplishing our objectives on behalf of our GREAT AMERICAN PEOPLE!"

And here are the tweets from a few days earlier from the Real Donald Trump Twitter where he insulted Morning Joe hosts Mika Brzezinski and Joe Scarborough.

I heard poorly rated speaks badly of me (don't watch anymore). Then how come low I.Q. Crazy Mika, along with Psycho Joe, came..

...to Mar-a-Lago 3 nights in a row around New Year's Eve, and insisted on joining me. She was bleeding badly from a face-lift. I said no! 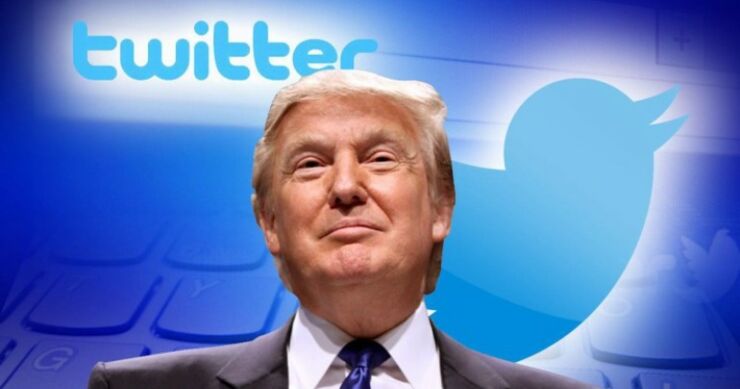 Taken together people have pointed out that the tweets must surely be in violation of Twitter's rules governing hate speech and violence. Twitter has terms of service which ban violent threats and harassment.

"You may not make threats of violence or promote violence, including threatening or promoting terrorism." stats the rules, also saying that uses must not engage in "the targeted abuse or harassment of others" especially if it is "one-sided or includes threats".

Many people are now asking for the Donald trump Twitter account to be banned, with the hashtag #TwitterBanTrump cropping up.

Seriously Why hasn't Donald Trump's personal account been suspended? His personal attacks are surely an abuse of your TOS.

At what point does #FakePresident violate #TwitterBanTrump terms? He is using platform to defame, threaten, extort, and of course lie.

if Trump was anyone else, you would have suspended or kicked them off for his hateful statements. Shame on you.

My complaint. It’s time for Twitter to shut down for abuse. 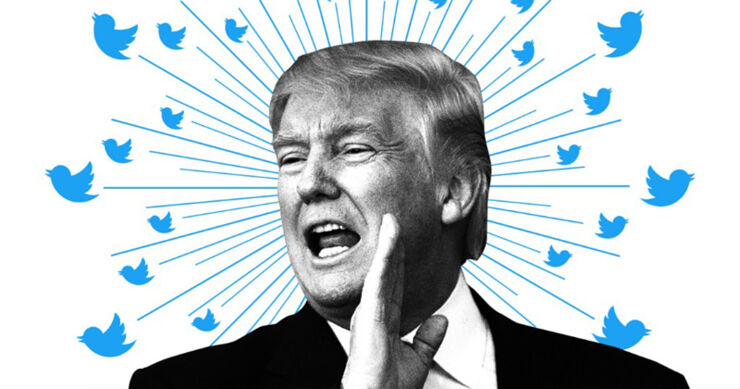 People have also pointed out that the continual use of the Donald Trump Twitter account when it comes to attacking others contradicts the president's own wife, Melania Trump. Melania Trump has in the past said she's taking a stand against cyberbullying saying "Our culture has gotten too mean."

But it seems her own husband is a cause of this "mean culture." But rather than condemn him, Melania has defended his tweets. Her communications director responded by saying, "As the First Lady has stated publicly...when her husband gets attacked, he will punch back 10 times harder."

.: "As the First Lady has stated publicly in the past, when her husband gets attacked, he will punch back 10 times harder."

Still, other twitter users are fighting back against the Donald Trump Twitter abuse in their own way. Comedian and humorist Jesse McLaren has posted his own doctored wrestling meme tweet that he's trying to get to have more retweets than Trump's CNN one.

It features Trump in a wrestling ring getting beaten up by a wrestler whose head has been replaced by the FBI's logo. 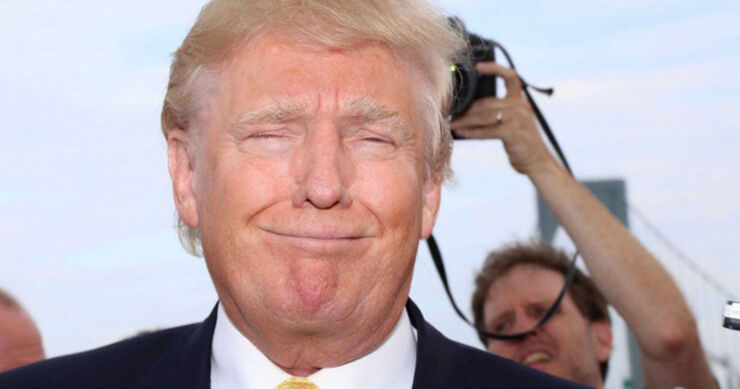 In the past Twitter has banned or blocked high profile users for their tweets, so it's not entirely unprecedented (although they've never banned a head of state). Milo Yiannopoulos was blocked last summer for "inciting or engaging in the targeted abuse or harassment of others". Azealia Banks, 50 Cent, and Courtney Love have all had suspensions or their account disabled for being abusive or explicit and violating Twitter's rules.

However, despite all this CNN have reported that Trump won't be banned. "Twitter says President Trump's latest anti-media tweet doesn't violate its rules." said the media outlet. "Twitter told CNN on Sunday that the company reviewed the tweet, which features a WWE video that has been edited to show Trump beating up a man with a CNN logo on his face. Twitter said it considered three factors: the political context of the conversation surrounding the tweet, the various ways it could be interpreted and the lack of details in the tweet itself."

So there you go. And for the POTUS, it looks like the Donald Trump Twitter account will continue to be used. Trump has defended his use of the social network many times, most recently saying it was "MODERN DAY PRESIDENTIAL."

....the 2016 election with interviews, speeches and social media. I had to beat #FakeNews, and did. We will continue to WIN!

My use of social media is not Presidential - it’s MODERN DAY PRESIDENTIAL. Make America Great Again! 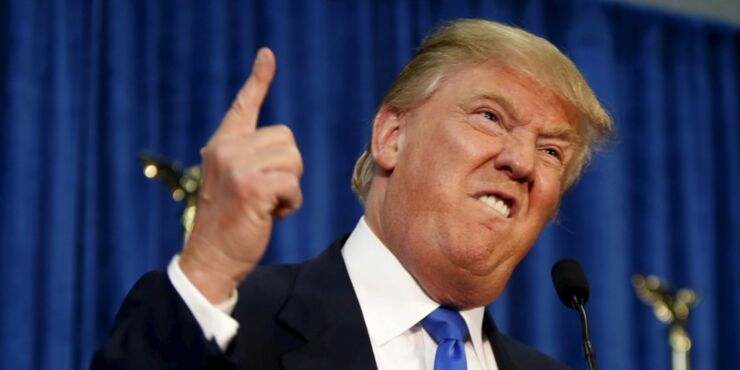