Monday evening was when the damage occurred, it started off when her adoring(?) fans were encouraged to ask the author questions on Twitter using the hashtag #AskELJames.

Nothing wrong there you'd be thinking, if you happen to work in the PR business, it's the kind of media exercise that everyone in the public eye is encouraged to do nowadays.

Sigh. If only it was that easy, eh?

Surprisingly the results, as anyone who doesn't work in PR could've predicted, were pretty disastrous—if you're E.L. James or her publicity team that is, for everyone else it looked like lots of fun.

i don't think i'm alone in thinking that whoever in her PR team suggested it would be a good idea for her to engage in this should be punished—by having to read the entire series of Grey novels in one day.

Here's some of the responses.

Which do you hate more, women or the English language? #AskELJames

#AskELJames No question: Just, as a fellow author, thank you for proving to me that you can get anything published, no matter how awful.

I've just been sick and some alphabetti spaghetti landed on a blank piece of paper, could I have your publisher's email address? #AskELJames

#AskELJames Did you ever consider using a thesaurus, or did that sound too much like hard work?

#AskELJames Which is your favourite?

#AskELJames Is there a safe word we can use to get you to stop writing such drivel?

#AskELJames Can you confirm that you will be writing the story of Ramsay Bolton from his perspective, showing he is just misunderstood?

How could E.L. James not have known that #ASKELJames would turn into at least 50 shades of shade? Come on, lady.

#AskELJames Do all these negative tweets sent to you seem abusive to you? I think it's romantic enough to be turned into a novel!

#AskELJames In Spain are you known as 'The James'? 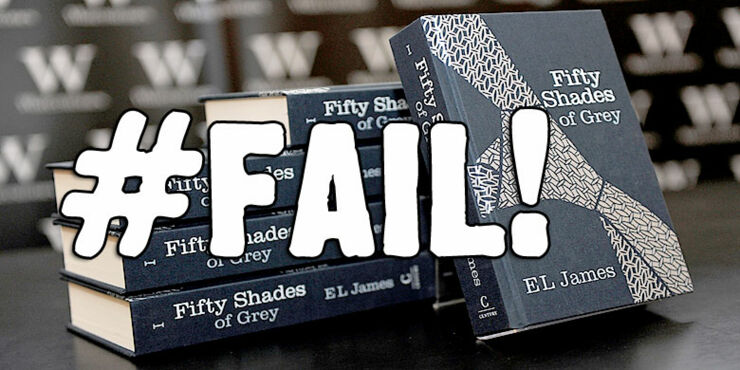