James Corden's Carpool Karaoke went next level in a recent outing when it headed over to the White House and picked up none other than the First Lady Michelle Obama herself.

And the FLOTUS did not disappoint, showing why she's pretty much the coolest first lady ever. It all starts when Corden rolls up to the White House gates for a tour of the president's residence. Then Michelle steps into the passenger seat and says, "I hear you’re here for a 1:45 tour, and I had a little time on my hands. Want to go for a spin?"

Before long the First Lady is singing along to one of her favorite jams, Stevie Wonders' "Signed, Sealed, Delivered"—and her delivery is first class.

Then, after telling Corden what she's going to miss most when she vacates the White House at the end of Obama's presidency—the people, is who she says—she then goes on to throw down a badass cover of Beyonce's "Single Ladies," doing all the moves too.

Just when you can't swoon any more over how much awesome Michelle Obama excudes, Missy Elliott jumps in the backseat and they all perform "This Is For My Girls" the track released by Michelle and Elliott. Then it's on to "Get Ur Freak On" with the First Lady nailing the rap parts like a goddamn pro.

The only downside is for Corden. How on earth is he going to top this for a Carpool Karaoke? 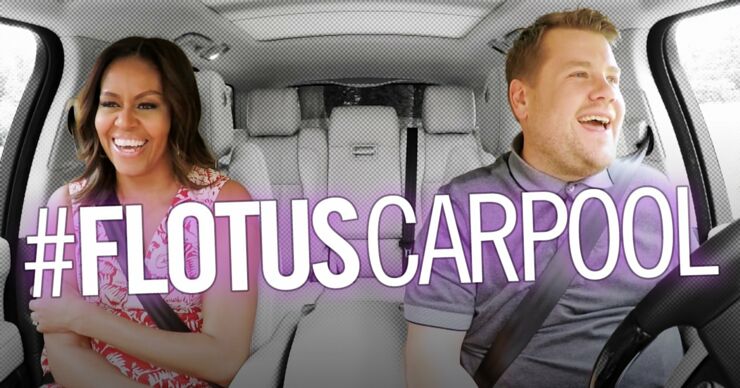