The 2016 presidential election draws ever nearer day by day and if the choice between Hilary Clinton and Donald Trump for president isn't filling you with too much enthusiasm, then how would you feel voting for Game of Thrones' Daenerys Targaryen, Jon Snow, Cersei Lannister or Petyr Baelish?

As part of promotion for the release of season six on DVD, HBO have proposed an interesting alternative to the Democrats and GOP. They've proposed the GOT Party, a third way for those who don't want to choose between the current two.

"From the Reach to the Stormlands, the Wall to the Arbor — we, the GOT, demand new choices in leadership." runs the GOT Party website. "The candidates have called their banners. Cast your vote to pick your side in the great wars to come."

As stated above, you get to choose between Daenerys Targaryen, Breaker of Chains, whose running mate is Tyrion Lannister. Jon Snow the White Wolf running with Lyanna Mormont, Cersei Lannister the Lioness running with Qyburn, or Petyr Baelish Lord Littlefinger running with Sansa Stark.

You can cast your vote over on the site in the month of August, winners will be announced in September. You can also find out more about the candidates and their policies and platform.

Jon Snow's include Northern Sovereignty, Rebuilding the Night’s Watch, Allowing the Free Folk to Settle the Gift, Inheritance Rights of Illegitimate Children, and Preparing for the Long Night.

There's even a DIY kit to download to make your own bumper stickers, tees, or lawn signs like the below. 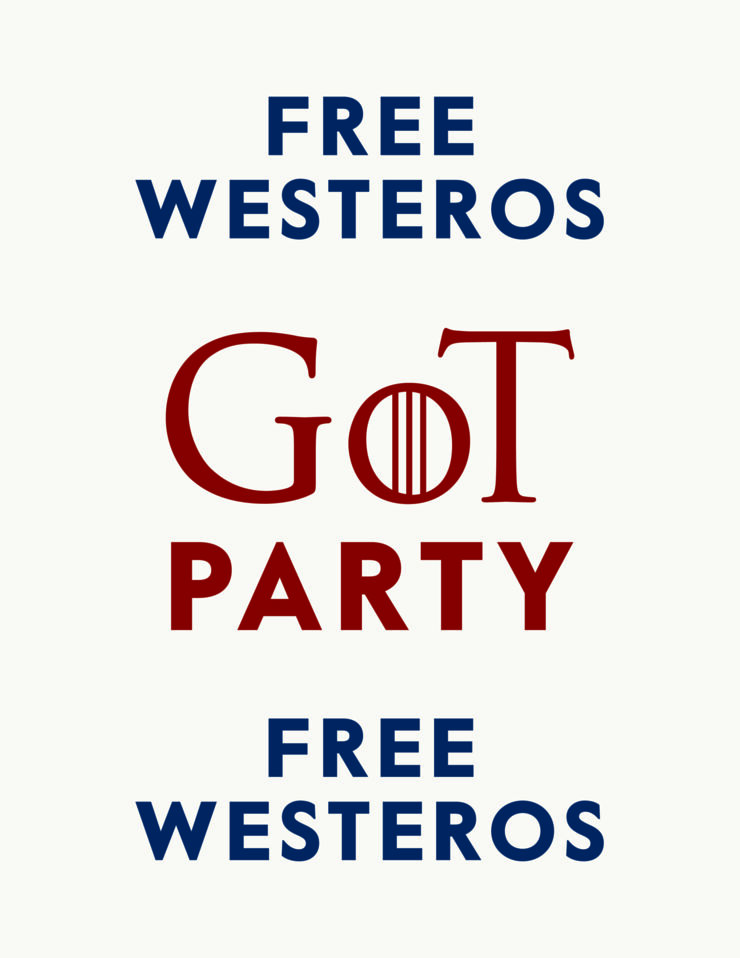 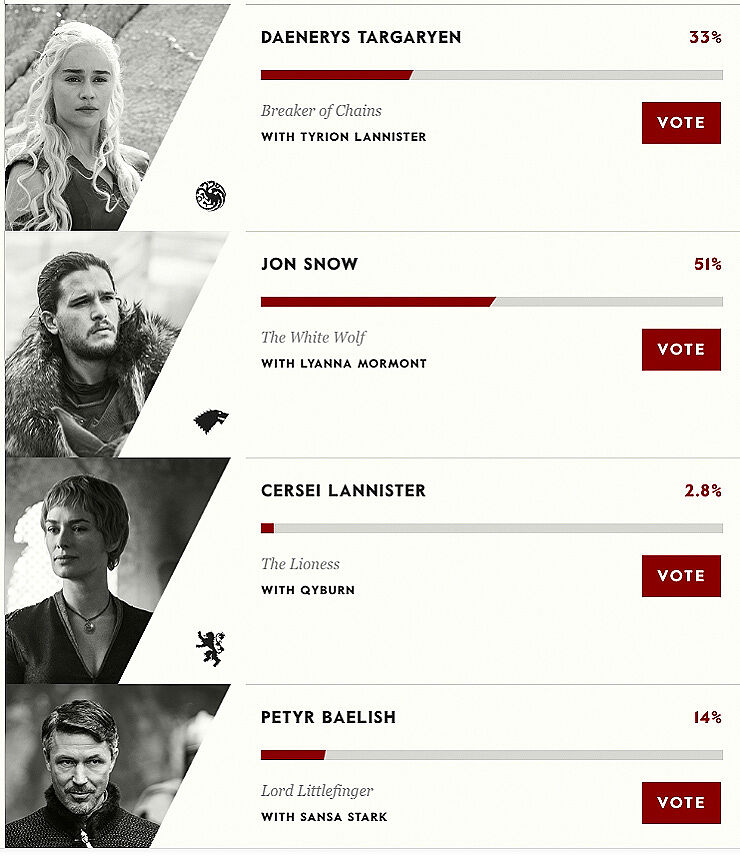