Measuring 280 pounds and 8.75ft long this is a behemoth of a catfish. This unholy monster was caught by Italian fisherman Dino Ferrari on the Po river in northern Italy.

According to National Geographic, "Wels catfish are native to Eastern Europe but were introduced to Italy and Spain in the 1970s by anglers. The fish have flourished in southern Europe, enjoying a respite from natural predators, an abundance of prey, and warmer water, which helps them grow faster.
The big catfish are opportunistic feeders, taking a wide variety of other fish as well as rodents and even birds, which they sometimes catch by beaching themselves Wels

Insanely, Ferrari caught the fish using a only a reel and it took him 40 minutes to land it. After catching it, the sponsored angler released the catfish back into the wild."

So no catfish dinner for him and his family. Or his entire neighborhood's families.

Check out pics of the ginormous nightmare beast below. 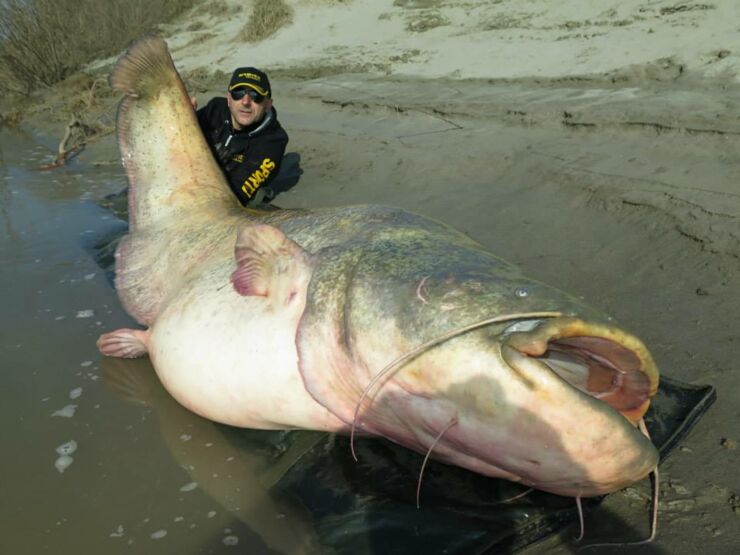 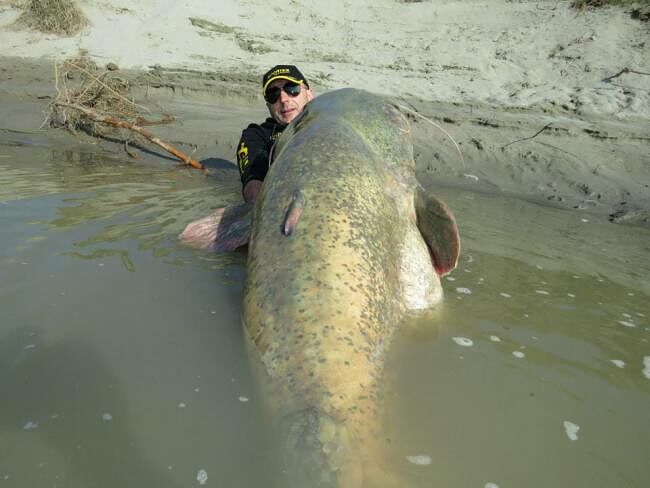 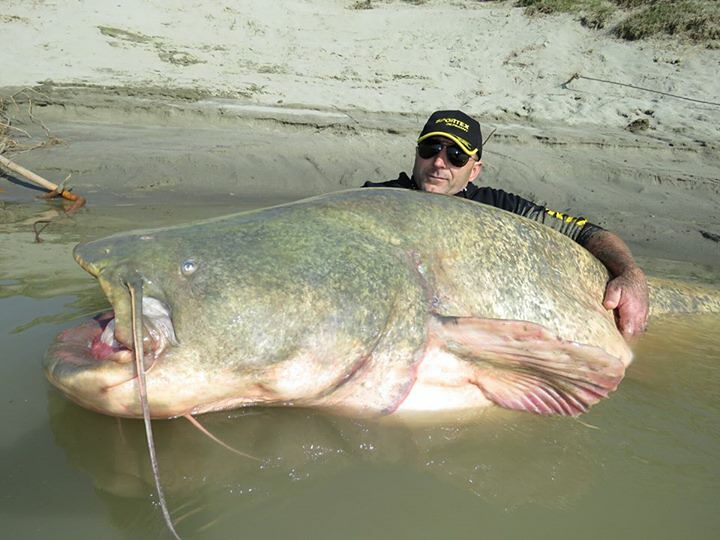 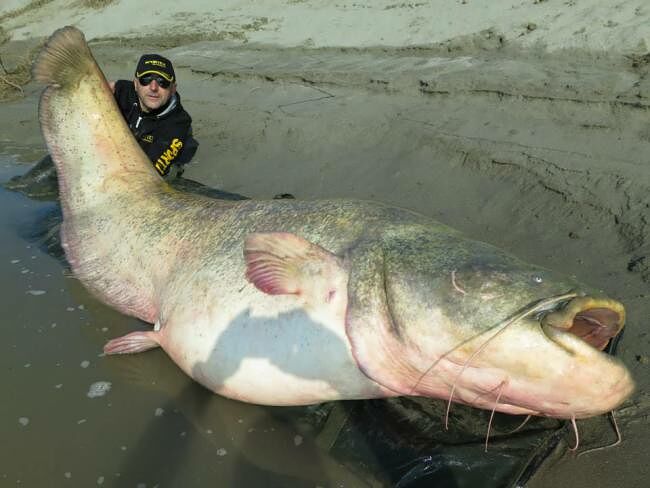 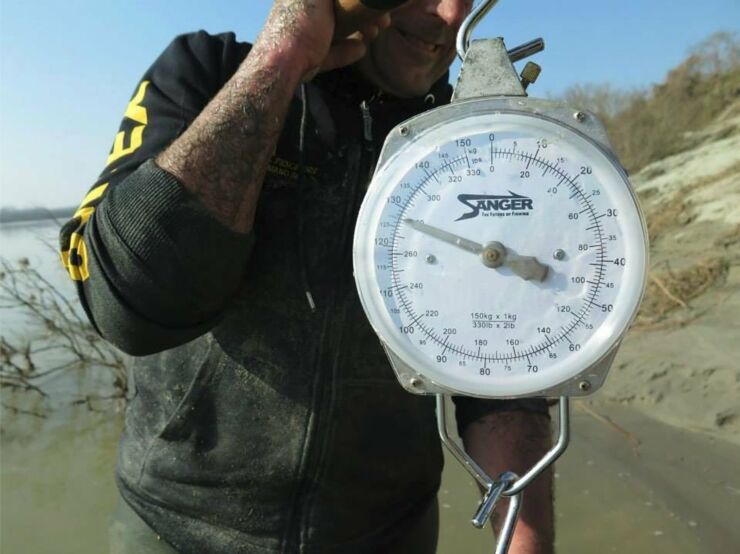