Everyone needs a friend who will stick by them through good and bad times and be there to share all those memorable life experiences and adventures with. And so it was with photographer Christopher Cline who moved from Virginia to Minnesota to be with his girlfriend, but soon started to feel pretty homesick having left his family and friends behind.

So his girlfriend came up with a solution, she bought him a pet dog to keep him company.

The dog was a Goldendoodle called Juji and not only did it provide the perfect company for Cline but it also inspired him to create a brilliant and waggish photography series.

The series involved Cline using Photoshop to create a giant version of Juji who accompanies Cline on adventures, whether that's riding around on a bike or playing around in the snow, the two companions head out for some imaginative fun.

“I wanted it to have a kids’ book feel.” Cline said. And it does have a Calvin and Hobbes-type vibe.

He also notes how, although initially resistant, Juji has changed his life. Awwww. "I wasn't exactly open to getting a dog, but I immediately fell in love with him." Cline explained to Mrs Sizzle. "He has turned my life completely around and we are now absolutely inseparable. I have found a new outlook on life and in my artwork and I owe it all to him."

You can check out some images of the two together below. And check out Cline's Instagram for more. 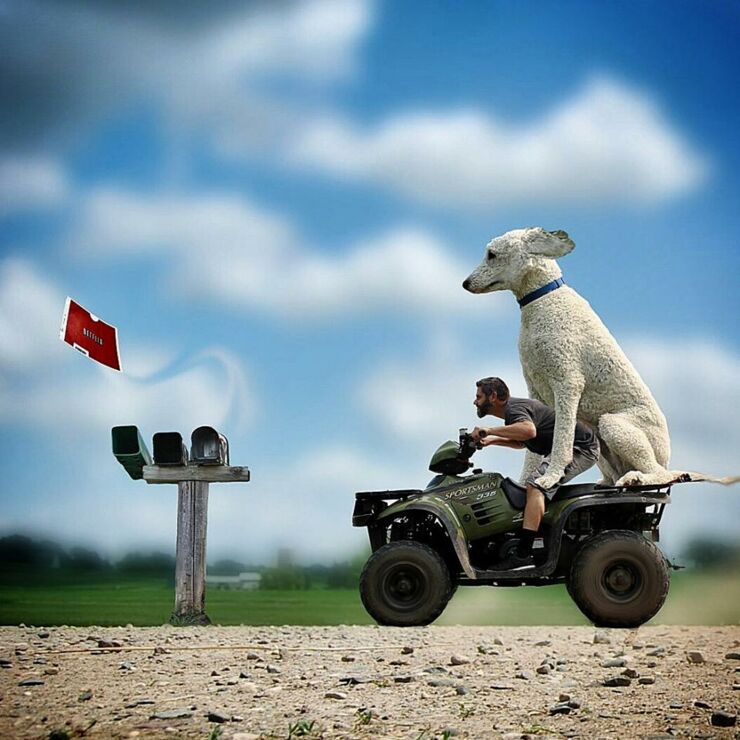 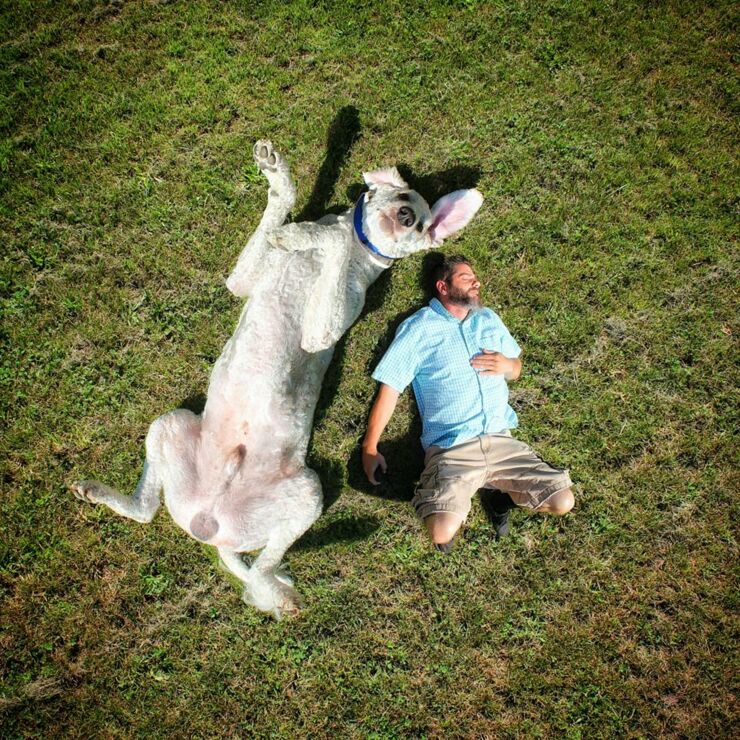 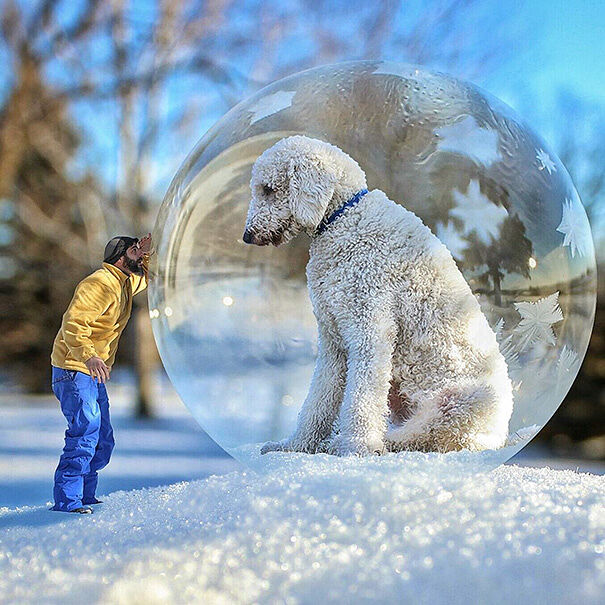 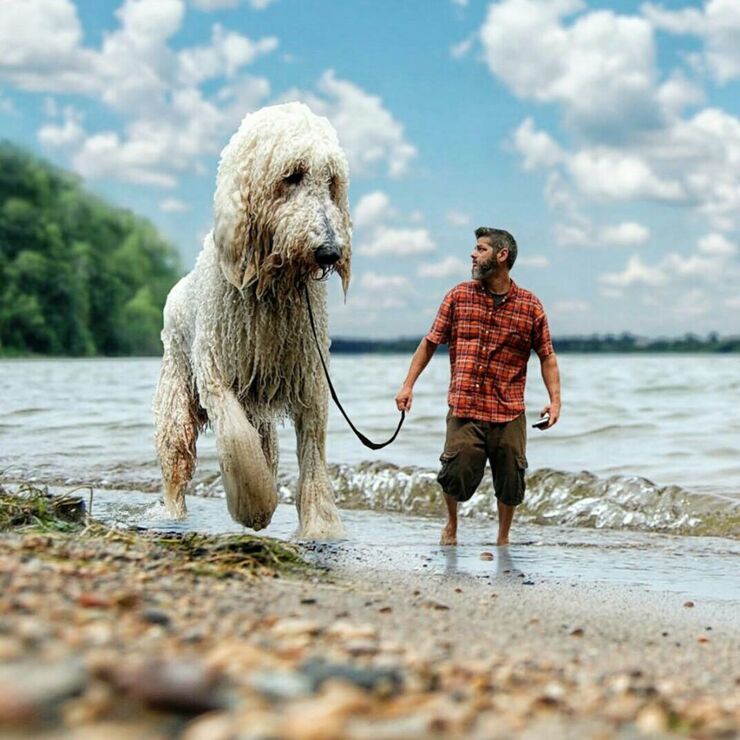 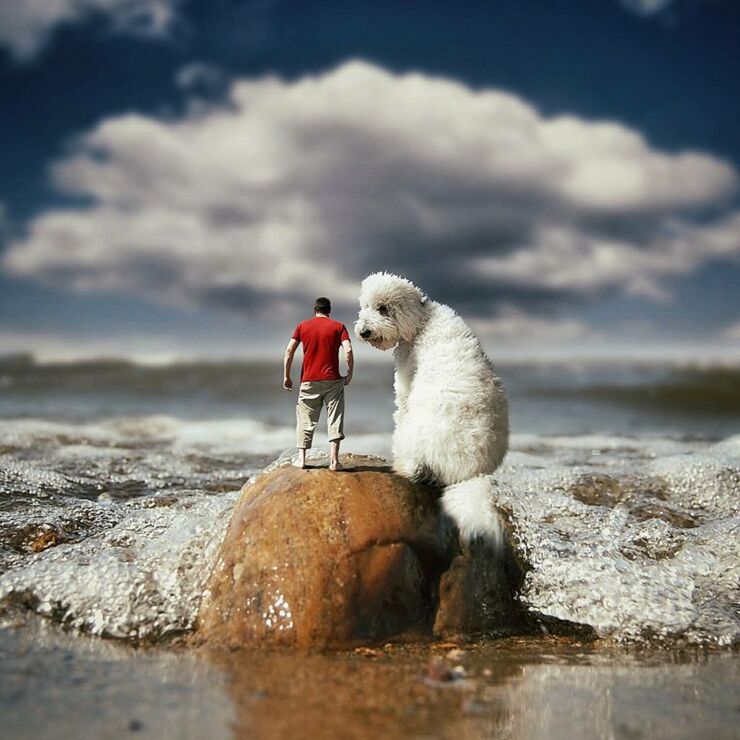 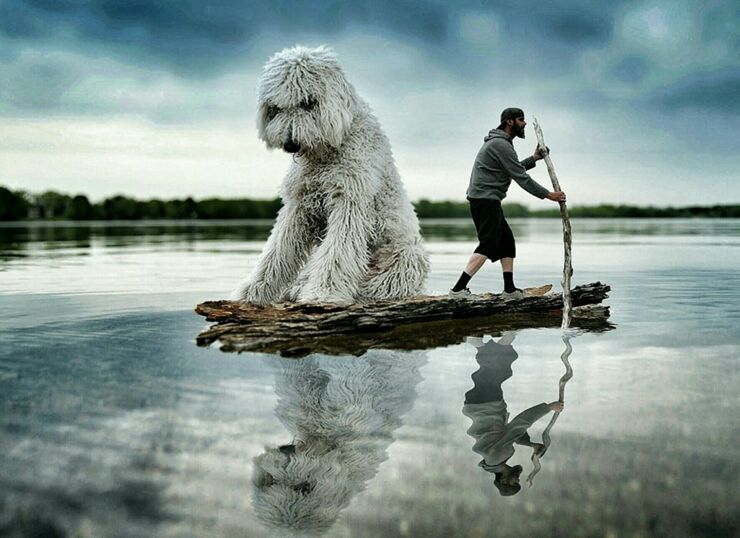 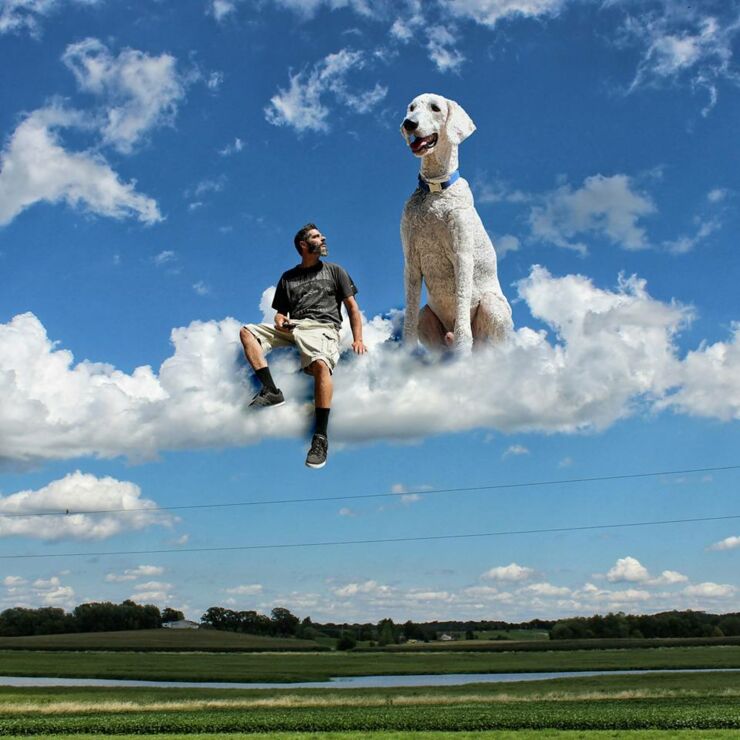 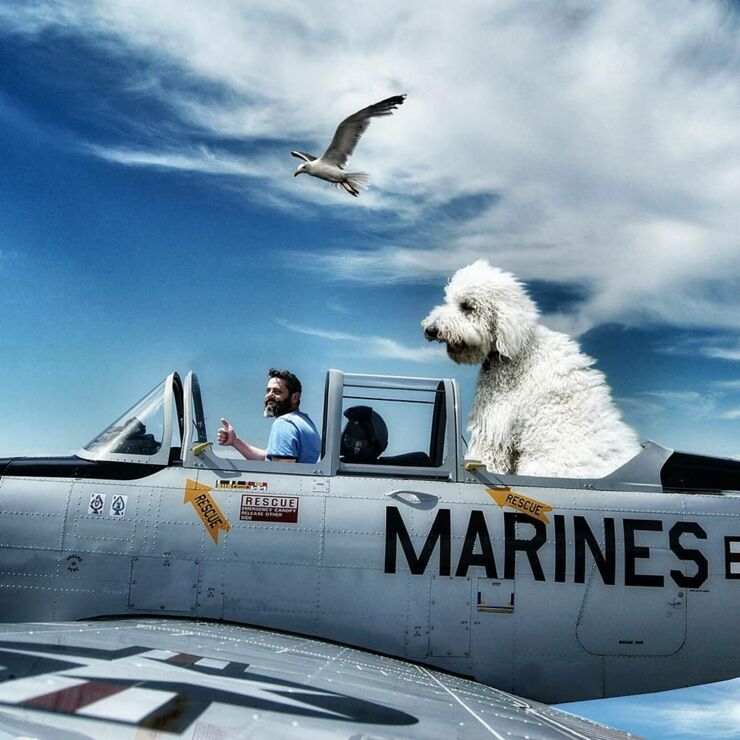 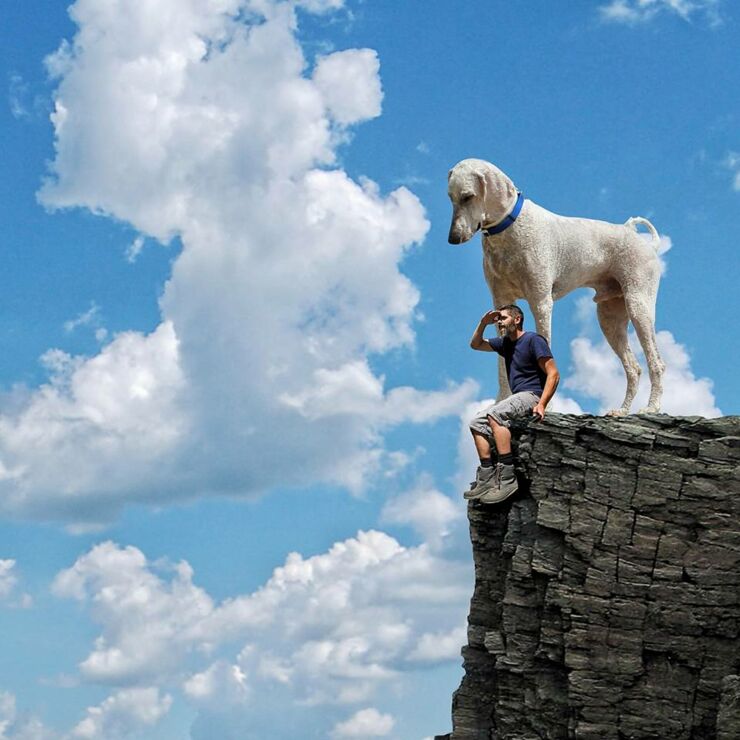 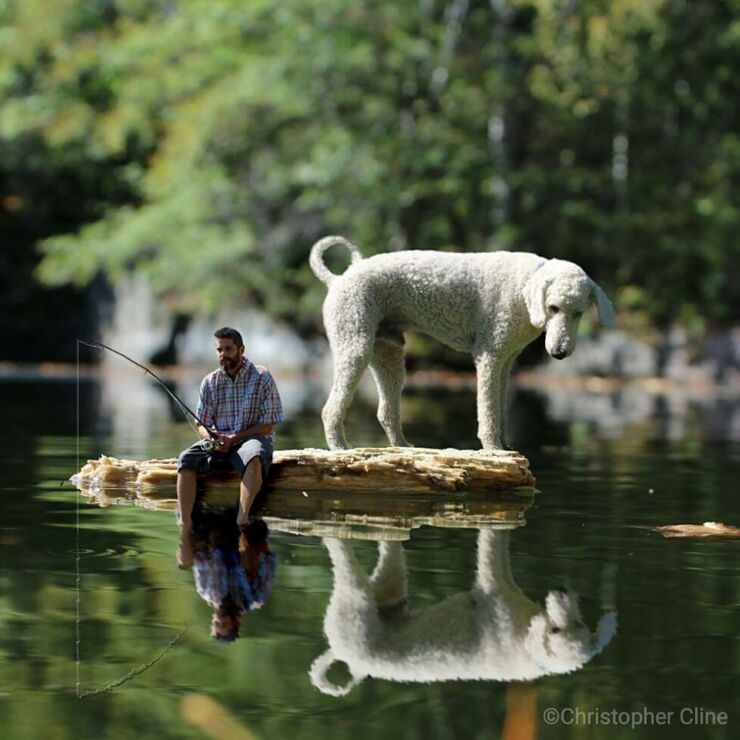 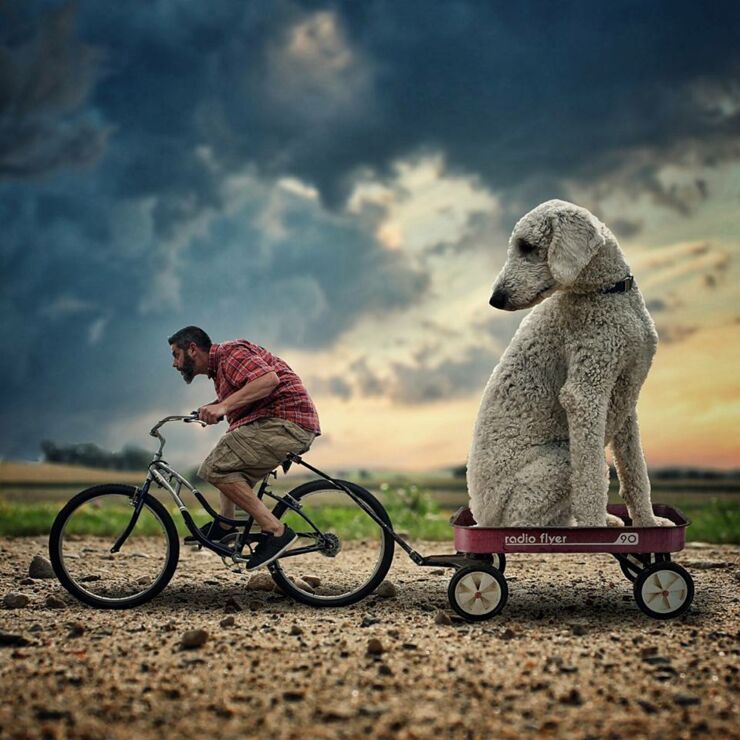 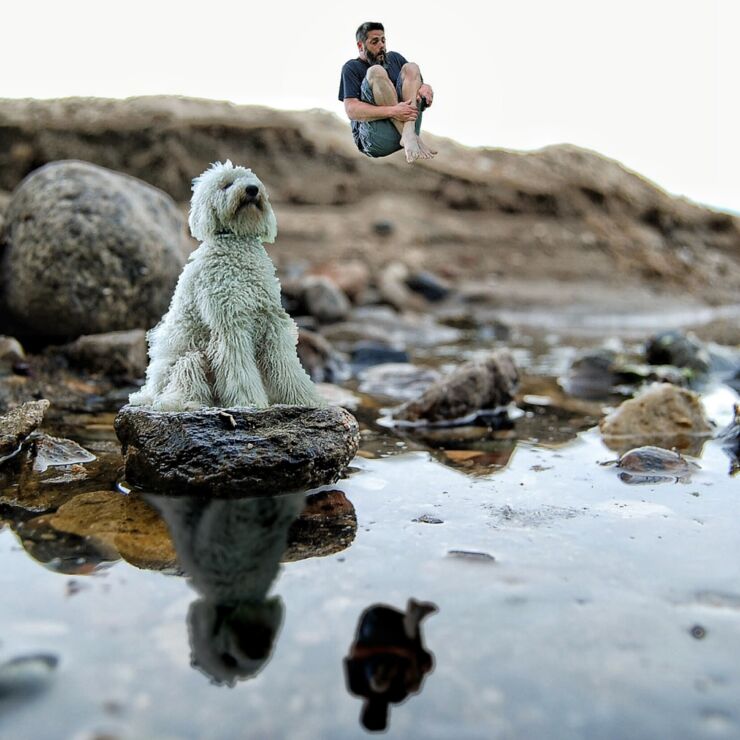 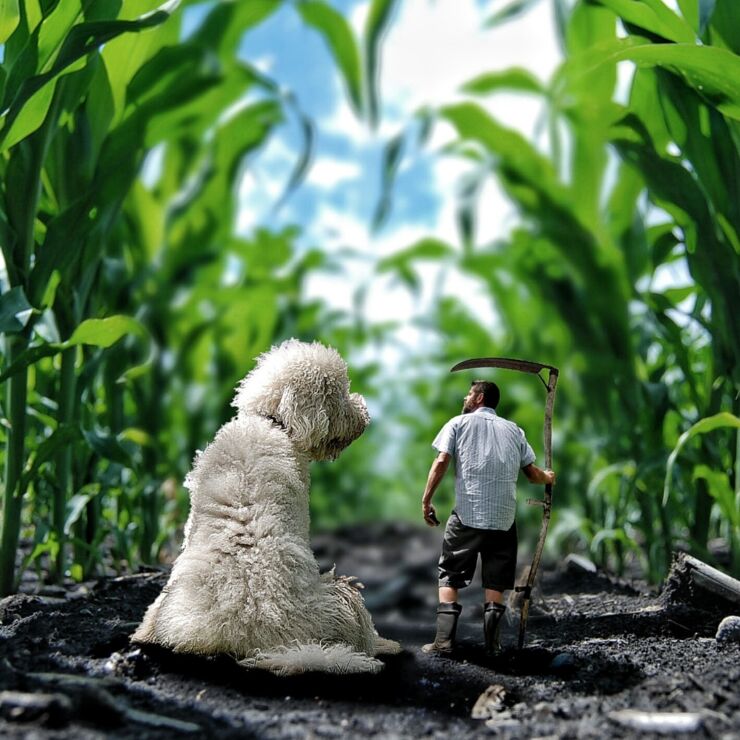 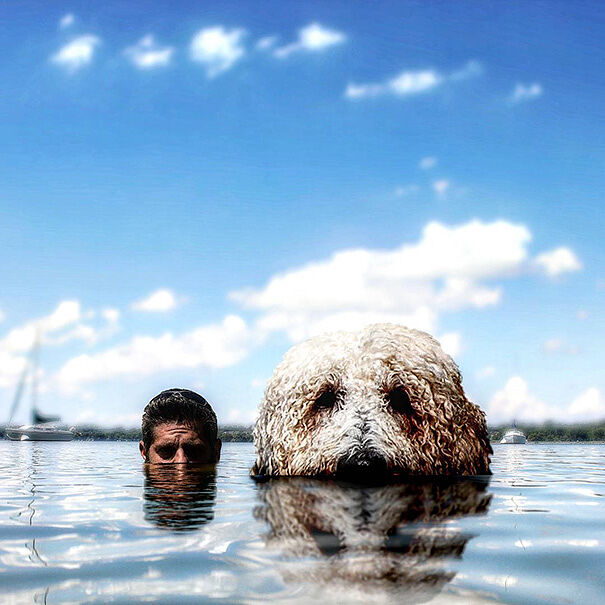 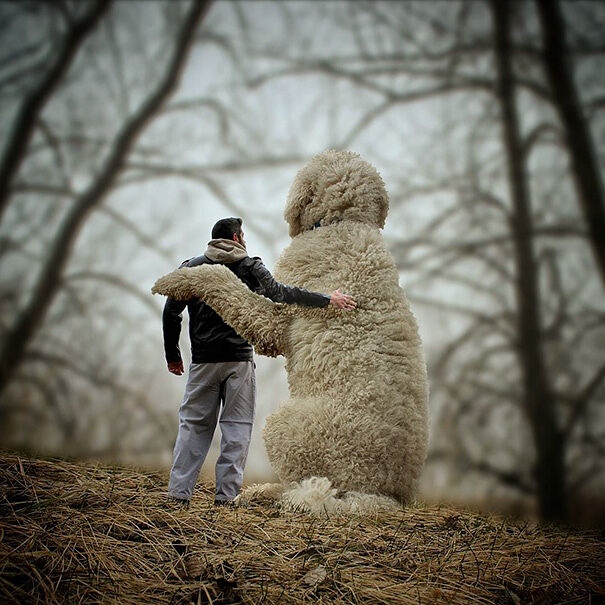 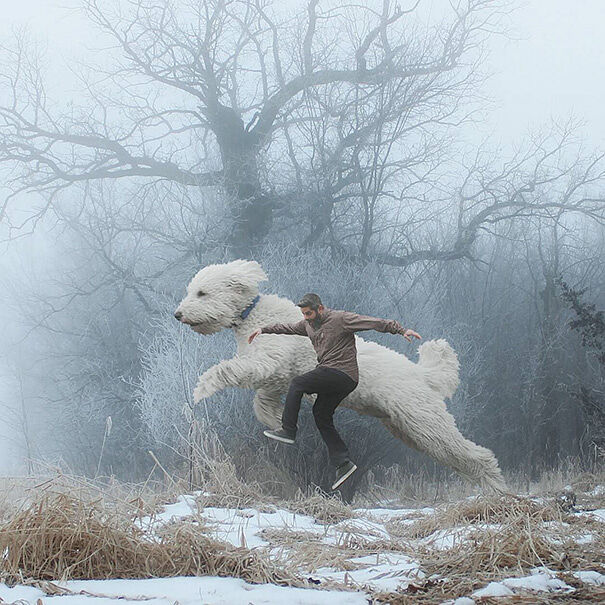 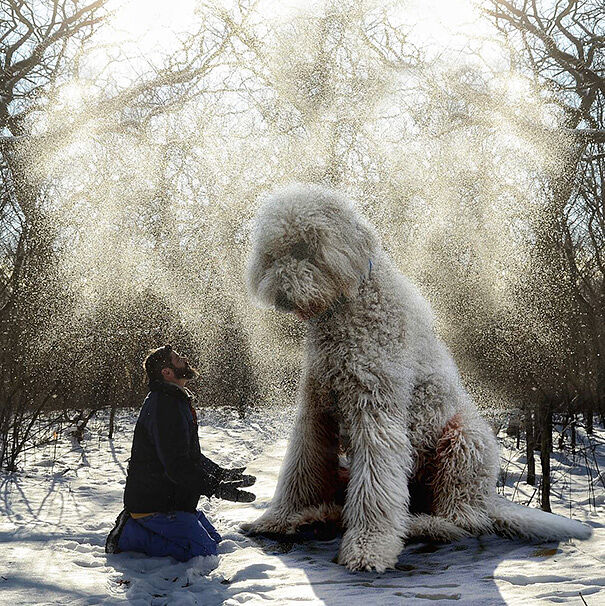 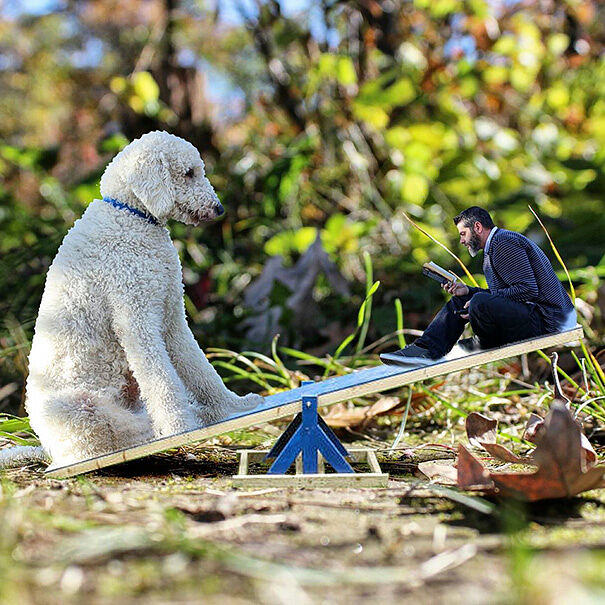 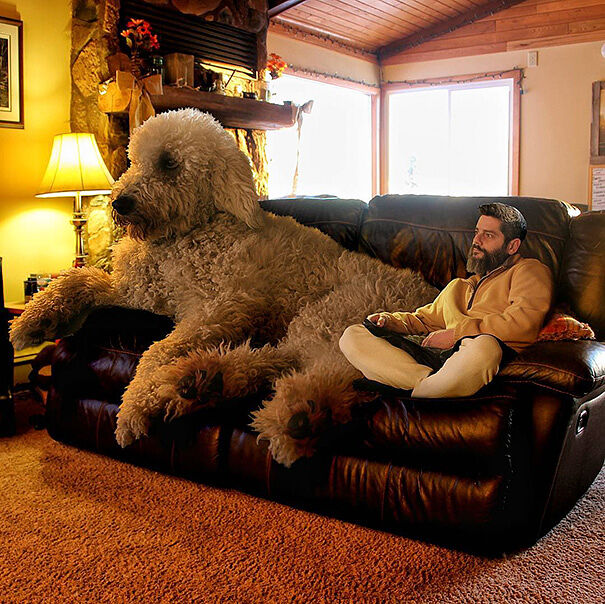 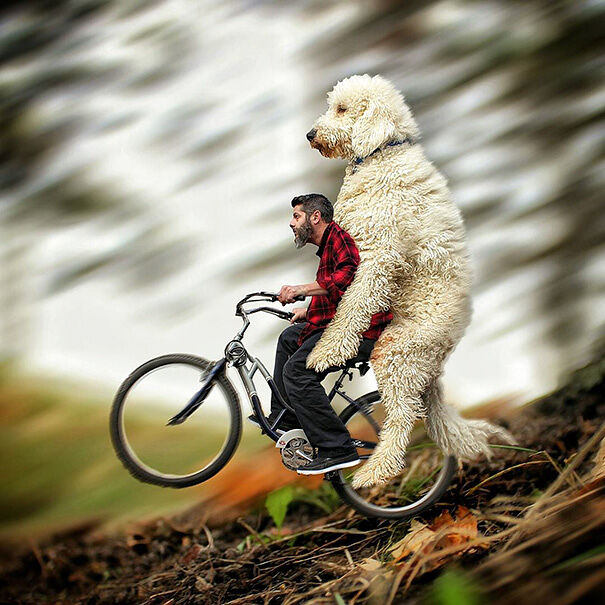 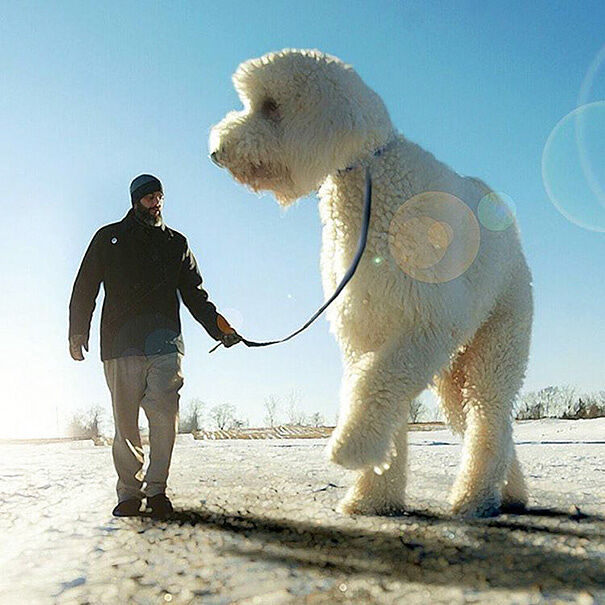