It's sad that such a thing has to exist, but this video from Cut shows how black parents are teaching their kids to deal with the police. Essentially that means watching an 8-year-old girl act out what she would do if stopped by police by throwing her hands in the air and saying, "I'm Arriell Skye Williams. I'm 8 years old. I'm unarmed and I have nothing that will hurt you." -- "That's just kind of a thing we practice at our house." says her dad.

It's a depressing and heartbreaking state of affairs we are subject to where this even needs to take place and the video documents just how early an age black parents have to start teaching their kids these lessons.

Lessons that involve black parents talking to their kids about police officers and the black community, about how there are really great officers but there are also some bad ones too. And some of those bad ones target black people. One dad recalls 'I remember being put in handcuffs for something that had nothing to do with me, I was literally just walking in the mall,' he says. 'Cops slammed me down, busted my lip, chipped my tooth - actually made me really mad.'

Meanwhile a mom tells her children "i was pulled over because the police said my rear break light wasn't working, but after the ordeal discovered that they were working just fine."

Because of this prejudice the kids are taught strategies in how to interact with an officer if they, say, get stopped and searched on the street or in a car.

In the video the children range in age from 8 year olds to teens and if you're thinking it's too young to start telling them this stuff, then just look at the fatal shooting of 12-year-old Tamir Rice who was killed for holding a toy gun.

It's a tragic reality black children are faced with and the sooner they know and are aware of how to engage with officers so they're not at risk of getting hurt, the better. 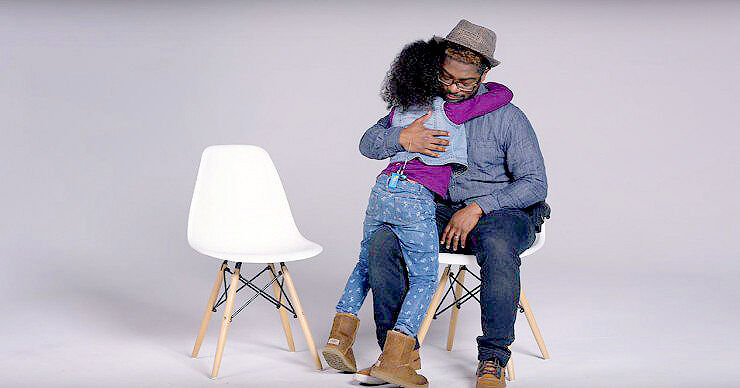