'The homeless read mean tweets' might sound like a sick and twisted idea for a video and yes, they may have stolen this idea from Jimmy Kimmel's show, but it's for a good cause so I'm sure they'll be forgiven.

And i guarantee that the emotions it invokes will haunt you for days.

Raising the Roof, an organization that looks for long-term solutions to homelessness, launched a campaign called Humans For Humans. The idea is to help people empathise with the plight of the homeless and show some goddamn compassion for their fellow humans.

This video is a great way of doing that. Whether you've tweeted something nasty about a homeless person (shame on you) or just thought it (shame on us all), you'll think again when you see the heartbreaking and moving sight of homeless people reading the horrible things people have said about them.

It'll make you think twice about laughing the next time you watch celebs reading their tweets for LOLZ on Jimmy Kimmel Live. 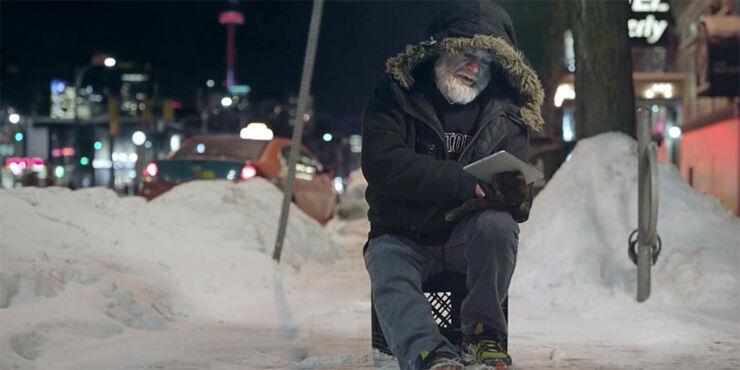