When it comes to bedroom antics, how to talk dirty is a big question because it's something that can either be entirely mood-killing and cringeworthy, or it can work wonders, but there is a fine line between them. This new video from Cut questions couples as to how they communicate, or talk dirty, when they're doing some horizontal gymnastics in the bedroom. But talking dirty isn't for everyone, as these people reveal.

And some of them may be familiar faces if you've watched Cut's videos before. That's because many of these couples have appeared in a previous Cut video which looked at when people in relationships first and last had sex. I guess if you've asked them that intimate question already then this is the natural second question.

So by the end of this latest video of them revealing their dirty talking habits you might find yourself thinking you know waaaay too much about the intimate details of strangers' sex lives.

Tips On How To Talk Dirty 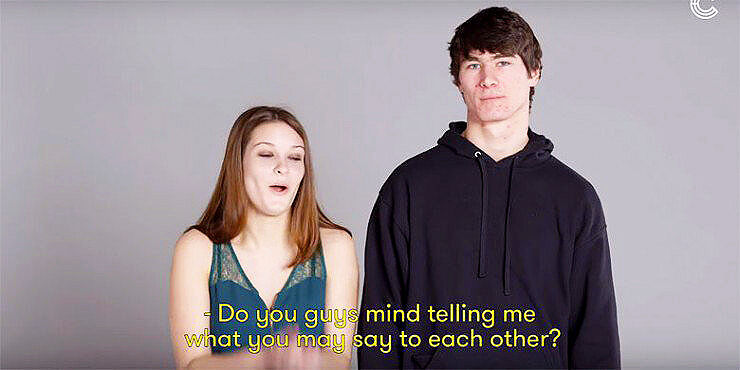 But hey, this is the internet, that's how things are, you should know that by now. Plus you can look at it as a kind of litmus test of the current social climate of the United States, at least regarding dirty talk.

For instance one couple, an older couple, the guy explains that because they have kids it's hard to sex talk, so instead they have to try alternative methods. "We can't talk dirty we got the kids, you're gonna wake 'em up. So instead you got to think dirty." he explains. Pro tip. 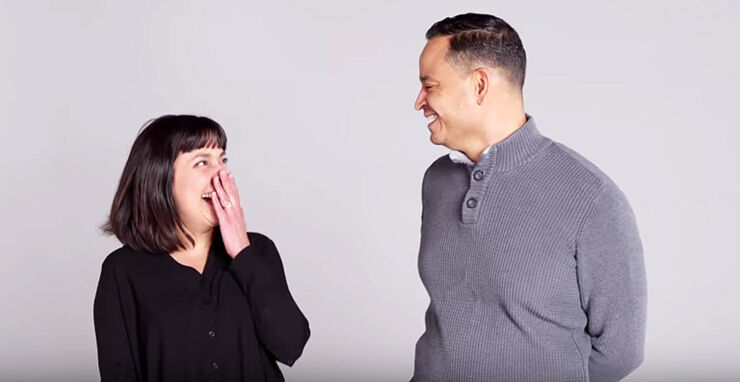 How To Talk Dirty / Older Couple img via Youtube