Forget your order of Sloppy Giuseppe and doughballs when you go out for pizza, if there are two things that are really going to get people excited when they dine out, it's got to be the chance of free pizza and miracle of water turning into alcohol. And if you are thinking that sounds like magic you have guessed right.

Those two things are just part of what's on offer by illusionist Damien O'Brien (disguised as a waiter) as he impresses customers at a Pizza Express restaurant in London by turning their table water into wine, and magicing up pizzas from nowhere.

He also somehow sets a flower on fire and levitates straws, causing looks of surprise and disbelief from the people who'd sat down for some dough balls and a margherita.

He probably can't make the check disappear at the end of the meal after you've finished stuffing your face, probably because that's a felony, but his repertoire of restaurant tricks is seriously impressive nonetheless.

Lets face it, you're always going to be happy if your waiter turns out to be a first class illusionist.

Especially one who can conjure up pizza from thin air, probably one of the best magic tricks ever—and one that no doubt makes him the most popular person at parties and on gaming/movie nights. 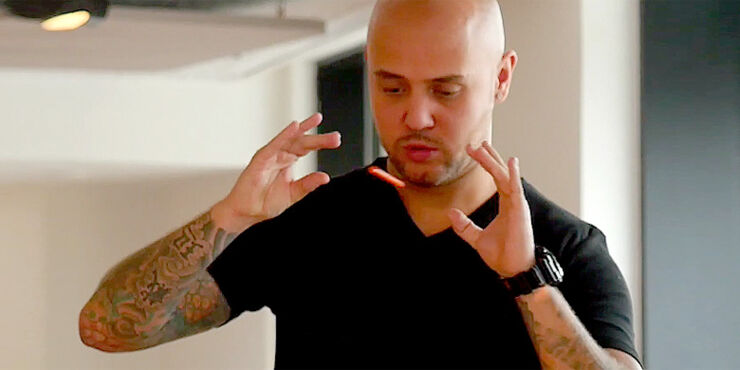