If you think you've got dental problems, it's nothing compared to this poor guy. Indian doctors had to remove 232 teeth from Ashik Gavai which had grown due to a rare benign tumor that affects the upper jaw and creates lots of teeth.

After a seven-hour operation doctors removed the unnecessary pearlies leaving him with 28, so his mouth no longer resembled that of a shark. Regarding the tumor the BBC quotes one of the doctors, Dr Dhiware, as saying:

At first, we couldn't cut it out so we had to use the basic chisel and hammer to take it out.

Once we opened it, little pearl-like teeth started coming out, one-by-one. Initially, we were collecting them, they were really like small white pearls. But then we started to get tired. We counted 232 teeth.

Nice. You can see those small white pearls below. 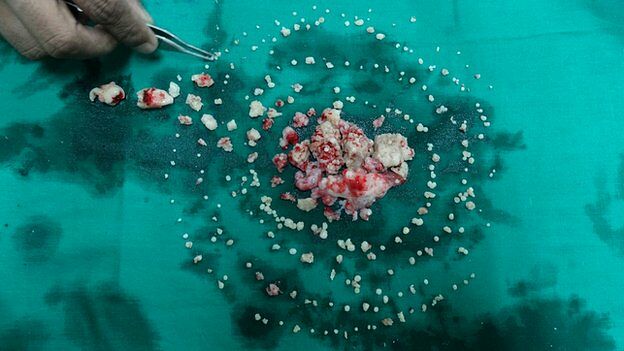