Video editor and YouTuber Robert Jones is fond of the odd supercut or two, and now he's turned his editing skills to create a video showing Hollywood's love affair with the female seductress.

In movieland the female body is a powerful tool and just by revealing some thigh, opening a shirt, or just giving the right stare gives women the ability to render a man helpless.

They become powerless, flustered and unable to function properly, whether that's Dustin Hoffman in The Graduate, Kevin Spacey in American Beauty, or Tom Cruise in Risky Business.

And the women doing the seducing are screen sirens of the highest order—Demi Moore, Cybill Shepherd, Uma Thurman, Kathleen Turner, and Jamie Lee Curtis all make an appearance. All use their feminine wiles to get what they want from the drooling men.

In four minutes it runs through five decades of the trope of female temptresses and their manipulative prowess, all set to the not-so-subtle "Wetter" by The Singularity.

Here's to you, Mrs. Robinson 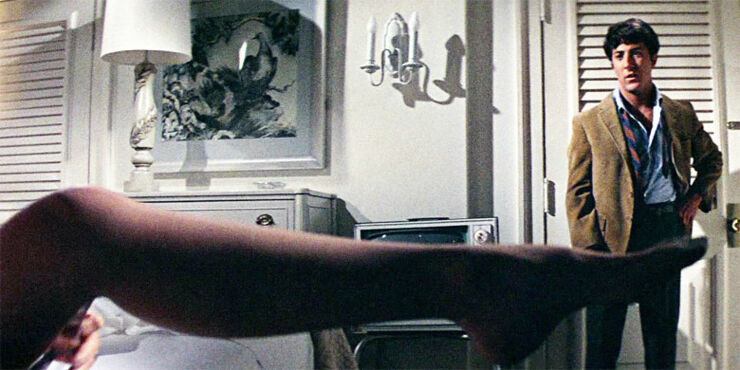