There's nothing quite as satisfying as flipping the bird at someone, especially if they've just really, really pissed you off. It instantly makes you feel better like you've just got one up on them, even though in reality you've just raised your middle finger.

Second to you giving someone the middle digit is watching movie characters do it. Especially if they do it with relish, like the characters in this supercut by YouTube channel Supercutonline.

And what makes it even more fun is it's set to The Trashmen's "Surfin Bird"—you know the song, the one from Family Guy. Yep, that's it.

It's not going to win any of these actors an Oscar anytime soon (although thinking about it, that would be a great category to have "And the Academy Award for Best Flip of the Bird goes to...").

But it's fun and extremely satisfying to watch a compilation of them silently telling people to go f*ck themselves. 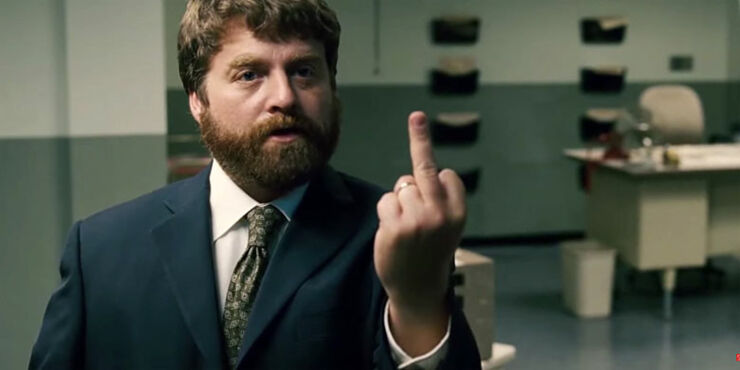