Prior to Donald Trump winning the 2016 presidential election televangelist and pastor Jim Bakker was a very vocal supporter of the now president-elect. He stated, "If Donald Trump gets elected it will be a miracle."

In fact he didn't just support Trump but said that, because the church had allowed abortion to be legalized, God would punish America if it didn't elect Trump. And so it seems that God did indeed come through with his miracle.

“I believe this election is the difference between having the time to really prepare for what’s coming on earth and going into, I believe this fall is really the beginning, and I hate to say it, I’ve never said it before, but could be the beginning of the fall of America." he said. "We’ve got a choice to make and we can do something.”

The choice was made. American chose Trump and thus, in the eyes of Bakker, was saved.

It really goes to show that God does indeed move in mysterious ways. Ways that we will never understand.

And now, in this hilariously off the wall remix by Vic Berger for the Super Deluxe YouTube channel Jim Bakker is preparing you for the rapture (aka Donal Trump's presidency). That prep includes showing you the marvel that is the 20 year shelf-life food bucket, stacked with Mexican food to see you through the second coming.

Then the good thing is, if the rapture gets delayed you can stack the buckets together in one big circle. Then stick a bit of plywood over them and a cloth and—hey presto!—you have a makeshift table. 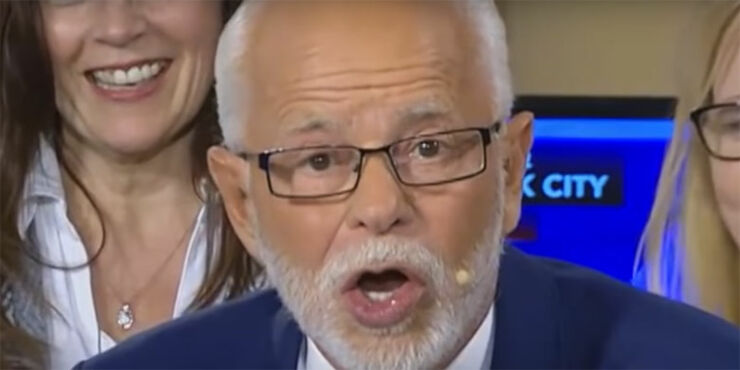