I'm sure we were all glued to our smart TV's earlier this month when the first Republican presidential primary debates, hosted by Fox News and Facebook in conjunction with the Ohio Republican Party, were held at the Quicken Loans Arena in Cleveland, Ohio on Aug. 6.

Were you watching? No? Neither were we - But if ever it was covered like the video above i would have been watching and trying not to blink for it's whole entirety in case i missed something.

If only there was some way this could be done live, so we didn't have to listen to the typical nonsense spouting out of the hopeful's mouths, but instead we could listen to atypical bad-lip-read hilarious nonsense.

One of the most consistently funny channels on YouTube, Bad Lip Reading, takes on the Republican debate dubbing what the candidates said into something far more interesting.

Not to say the debate wasn't entertaining enough without the comedic dubbing, but it becomes elevated to new levels with the addition of musical closing statements and Jeb Bush fielding questions like "How would you get a dead mouse on a crescent roll with some steak?"

It's nothing short of comedic genius. 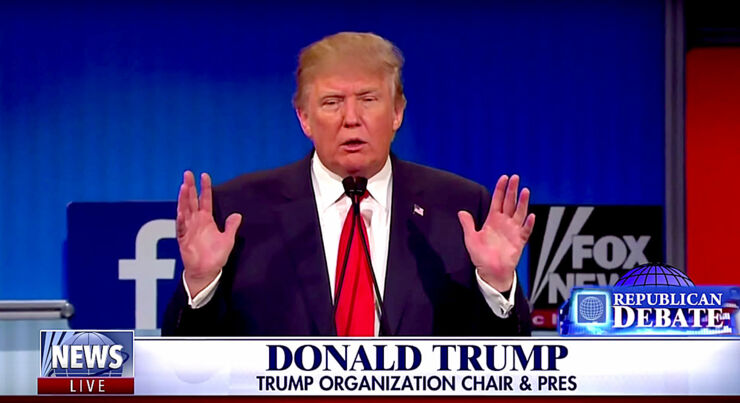