Many of us have lost a treasured stuff toy when we were young, leaving it behind somewhere and then being filled with dread at the realisation that it was gone—alone amongst strangers on a train or sitting abandoned and forsaken on a park bench awaiting your return.

Well one lost bunny had much better luck when it was accidentally left behind by a little girl at the Adare Manor Hotel in County Limerick, Ireland. Because after staff found the stuffed toy they treated it to all that the hotel had to offer while they tried to locate the unhappy (obviously) owner who had lost it.

Posting pictures to their Facebook page they revealed that the bunny had been enjoying a spa, having some afternoon tea, doing some sightseeing, sitting by the fireplace (not too close though!), and living the good life while killing time at a Neo-Gothic 5 star hotel.

Eventually, maybe even reluctantly, it was reunited with its owner—and it looks like she was very pleased to see him. It was the perfect ending to a great adventure.

Check out the epic time it had below while awaiting that reunion. 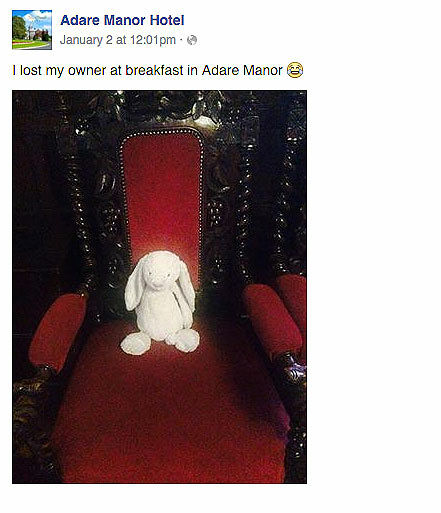 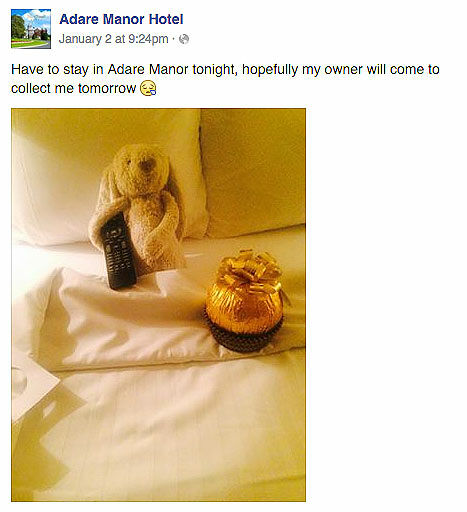 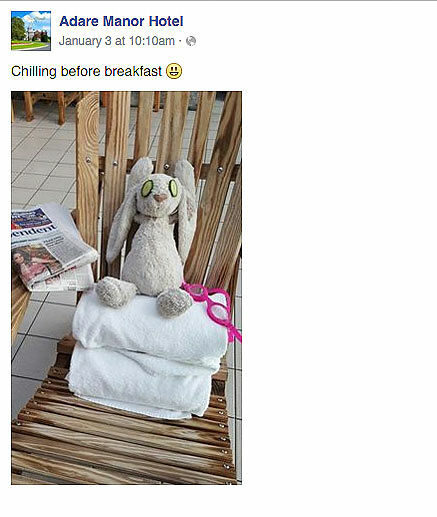 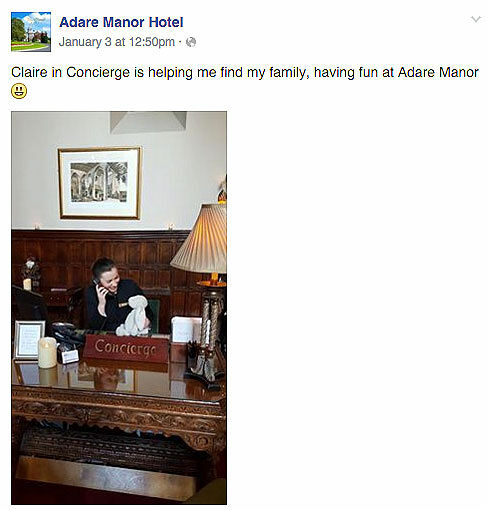 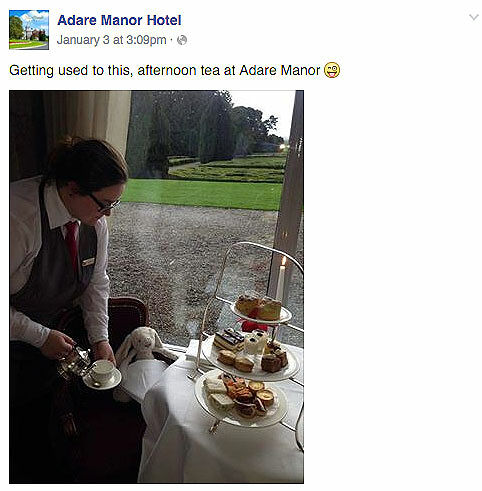 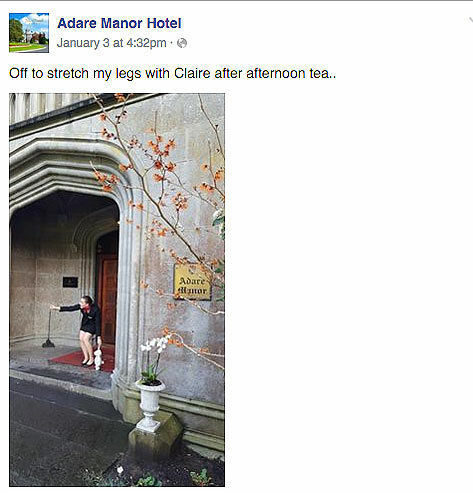 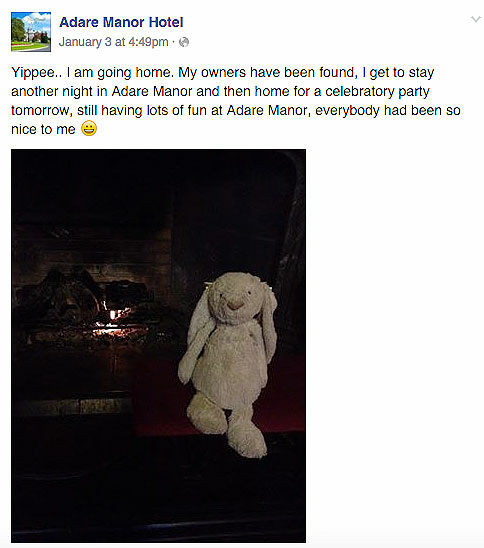 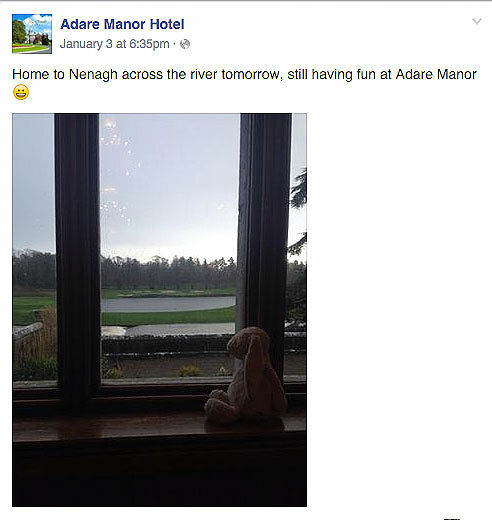 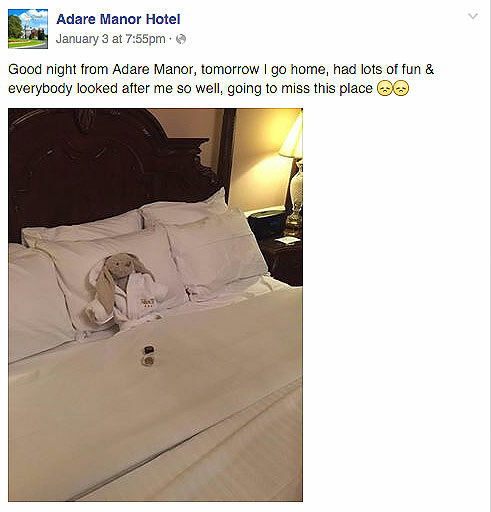 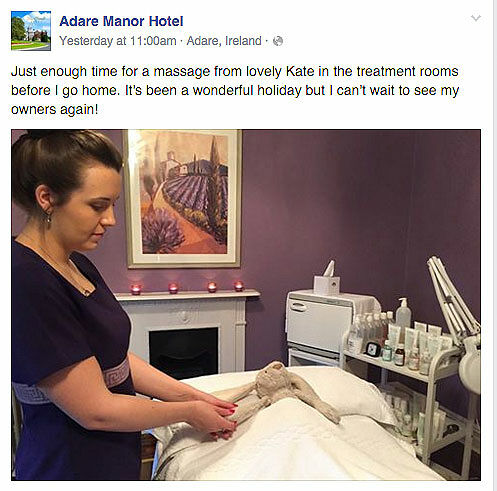 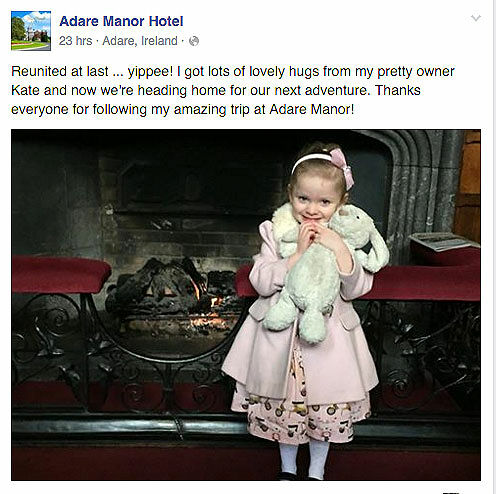 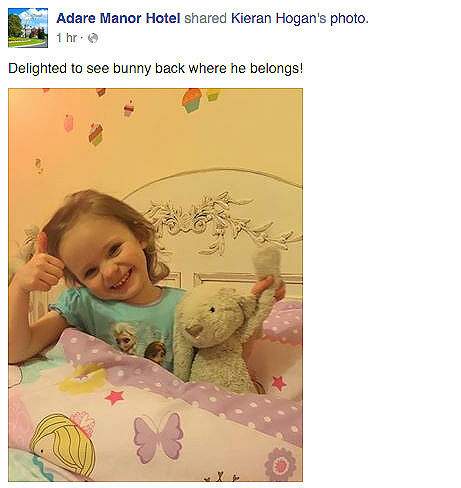