Drugs like LSD and ecstasy weren't initially created purely for recreational use. LSD was made accidentally by Swiss scientist Albert Hofmann whose famous bicycle ride on 250 micrograms of the drug was the world's first intentional acid trip. It was then used firstly for psychiatric purposes before Tim Leary and Ken Kesey turned it into the drug choice of the hippies. While ecstasy was used for psychotherapy before it was used and abused by ravers in the 1980s.

Since both have been banned it's extremely difficult for scientists to study their affects, beneficial or otherwise on humans. But there are some studies that show drugs like LSD, XTC, and magic mushrooms—which contain the psychoactive ingredient psilocybin—can help fight anxiety, depression, and addiction.

A new video from Vox looks into this and some of the people these drugs have helped. They speak with a woman called Alana who was able to stop her 37-year smoking addiction thanks to taking psilocybin tablets. Alana's case was part of controlled medical tests to see how psychedelics could aide with people stopping smoking.

Along with this last year various findings were published in the Canadian Medical Journal. They showed that tests with LSD used in psychotherapy helped reduce anxiety for people suffering from a terminal illness. While ecstasy helped reduce symptoms in some PTSD sufferers who hadn't responded well to other treatments.

Evan Wood from the University of British Columbia who was lead author of the study said, "Since the termination of a period of research from the 1950s to the early 1970s, most psychedelic substances have been classified as ‘drugs of abuse’ with no recognised medical value. Currently, international drug control scheduling classifications and popular misconceptions about the relative risks and harms of psychedelic drugs make research involving humans difficult. However, continued medical research and scientific inquiry into psychedelic drugs may offer new ways to treat mental illness and addiction in patients who do not benefit from currently available treatments. The re-emerging paradigm of psychedelic medicine may open clinical and therapeutic doors long closed."

As Vox points out though, it's very early days for this research and the sample sizes are very small, so drawing any conclusions right now would be premature. But if more research is allowed, funded, and conducted then we can hopefully find out a lot more about how these drugs can help. 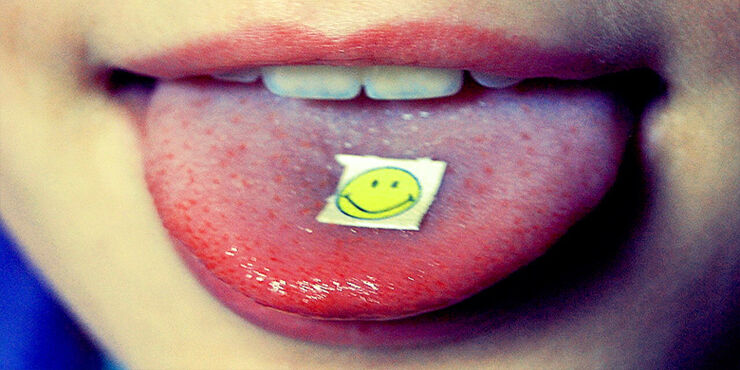