OK, don't get yourself into a panic or anything, but it seems spiders have learnt the benefits of teamwork and have woven a mega-web at Lakeside Park in Rowlett, Texas. This cob web city stretches hundreds of feet and is thought to involve thousands of arachnids.

The team effort, and quarter mile long web, means the spiders are able to catch crap-loads of gnats, flies, mosquitoes, and other flying insects. And probably also means it's not going to disappear any time soon. It's a rare phenomenon, even if it is utterly terrifying. I mean just imagine walking into it. Ewww.

"The web was like a smorgasbord of mosquitoes and gnats," Texas Master Naturalist Jennifer Kolmes told ABC News. "If anyone wants to rid the air of gnats and mosquitoes, I challenge them to find a better way than what these spiders have done."

A similar event supposedly happened back in 2007, and Kolmes suggests people go out and ogle this communal mega-web because it's a thing of beauty. "This is a rare and wondrous event of a sort that we don't get a lot of," she said, "and I urge people to go out and look at it."

I can see everything I need to just fine from my computer screen, thanks very much. 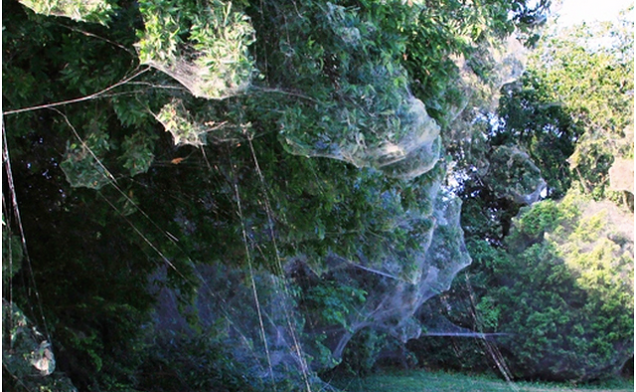 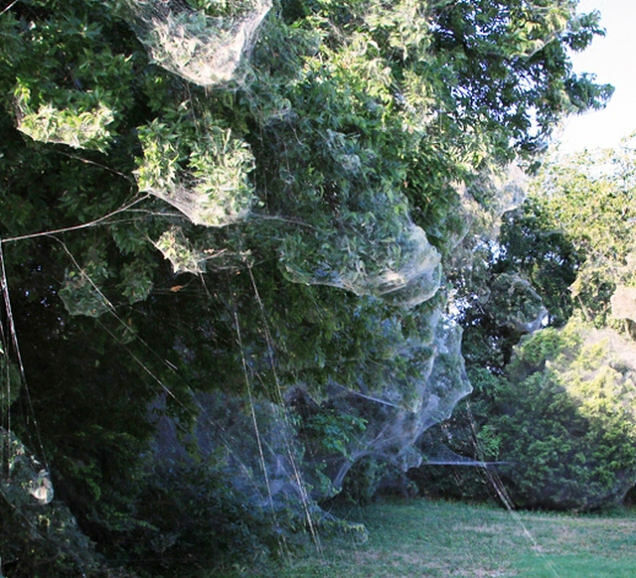 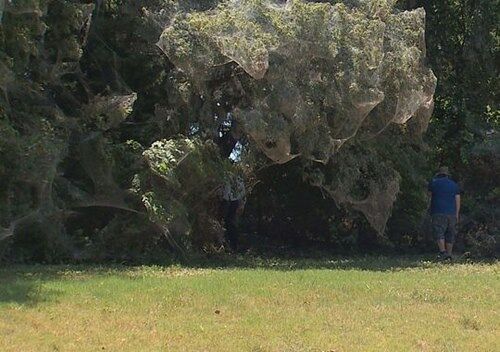 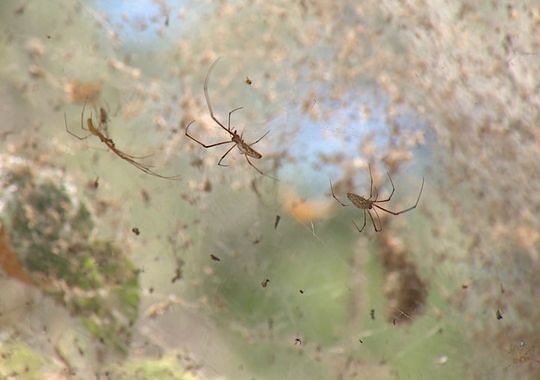 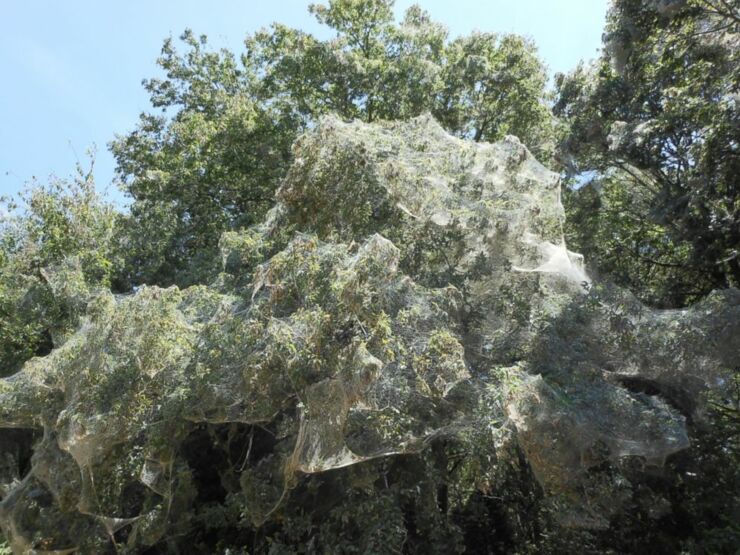 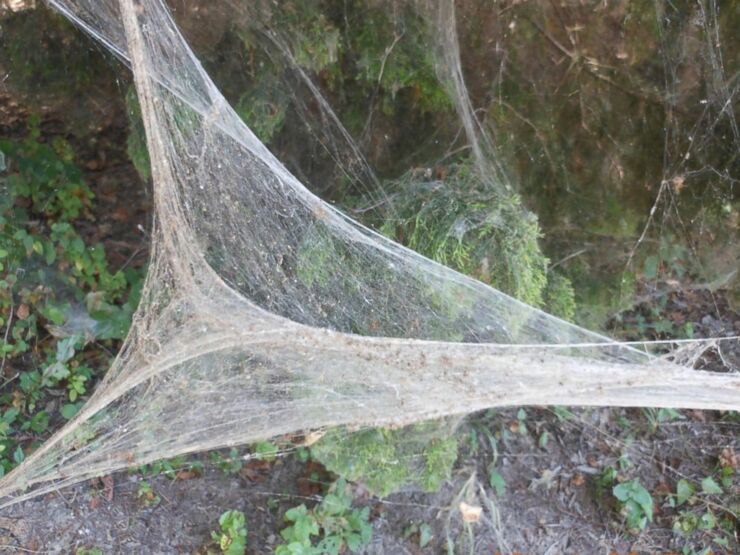 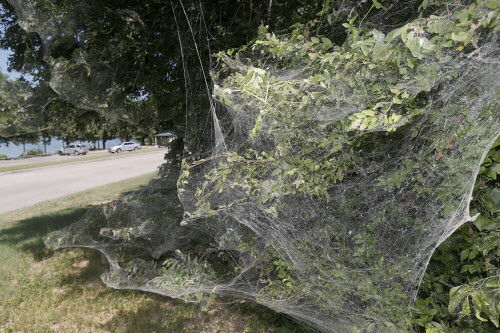 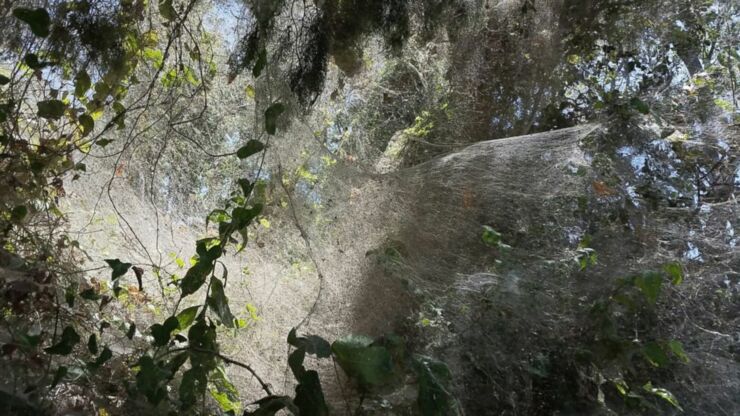 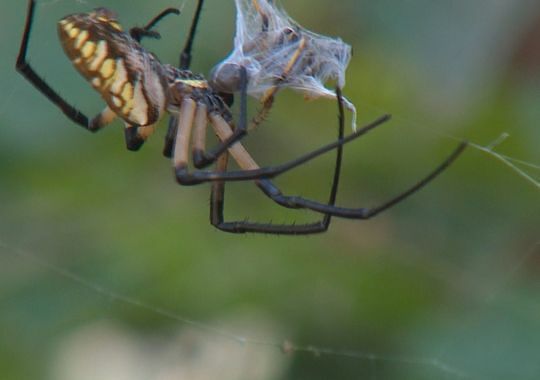