Australian Leo Kim had the misfortune to see his backyard invaded by deadly redback spiders, a venomous spider indigenous to Australia and a close cousin of black widows. Incredibly he notes that it's the second major spider infestation in his yard, the first happened about a month earlier among his kids' Tonka truck toys.

So this time he takes no prisoners and creates his own flamethrower to cook those nasty spiders and give them a crispy death. Before he could do that though he created a special tool using some bent metal wire with a circular tip. You have to wonder just how dangerous it is living in OZ if stuff like this happens in your back yard.

He then used this to scrape the places he suspected the spiders were hiding, then when they were out in the open he killed them with fire. Sometimes that means the plants get a bit singed too, but that's a small price to pay to be rid of these horrors. Not only does he kill them with fire but he captures some as well, putting them in a special enclosure he built with his kids' toys.

"The captured Redback Spiders are added to my killer spider home so all these female spiders will get to know each other really well." he notes. "The one male Redback spider now has a huge number of females to please. If he doesn't he will just become their next meal."

Amazingly as Kim goes around his yard explaining what's happening he does so with a big dash of humor, somehow looking to the lighter side when most people would just be crying with fear.

That's enough NOPE! for one day. Let's hope this is the end of his spider problems once and for all. 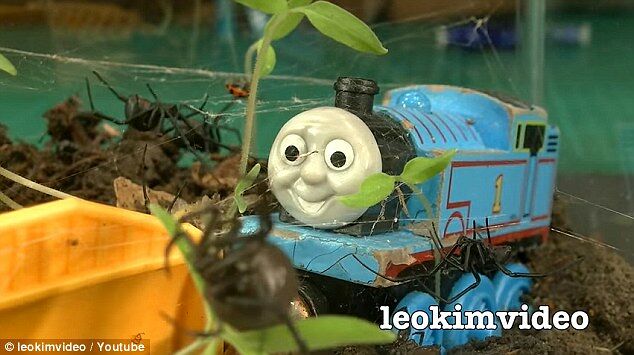 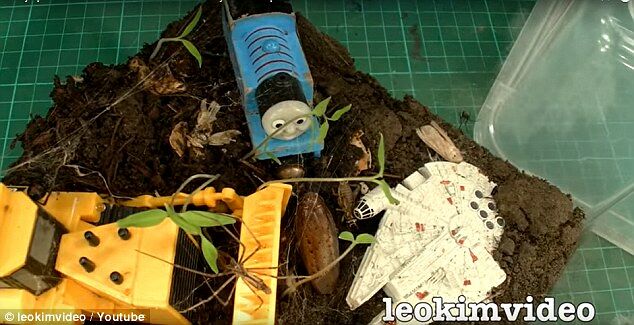