British tabloid newspaper The Sun has brought out the Star Wars puns by releasing 25 spoof front pages relating to the saga of Luke, Leia, Darth, Jedis, and the Empire.

The paper, known for its headlines that are heavy on double entendre, quibbles, and quips, recounts the story of the six Star Wars movies in the format of sensational headlines and images from the films.

In the same style as they report a news story, the paper relays seminal moments from the franchise, from pod-racing Anakin to the building of the Death Star all turned into very amusing Star Wars puns.

If you aren't familiar with the franchise (and if you aren't, why the hell not?) then these will just be very confusing. But for fans, they're a fun way to recount what happened. And, being in the style of a tabloid, they also give an interesting take on the narrative. One that's entirely more salacious. Also, it must have been a lot of fun for the writers and editors of the paper to come up with all these Star Wars puns.

As well as the headlines each cover details what's inside in the top right corner, amusingly adapting their usual features like horoscopes, vouchers, and vacation deals for the Star Wars universe.

"What would the galactic action look like if The Sun was there to report it?" says the paper. "We revisit all of the key moments from the saga so far with these 25 Sun front pages."

Check out the Star Wars puns below. 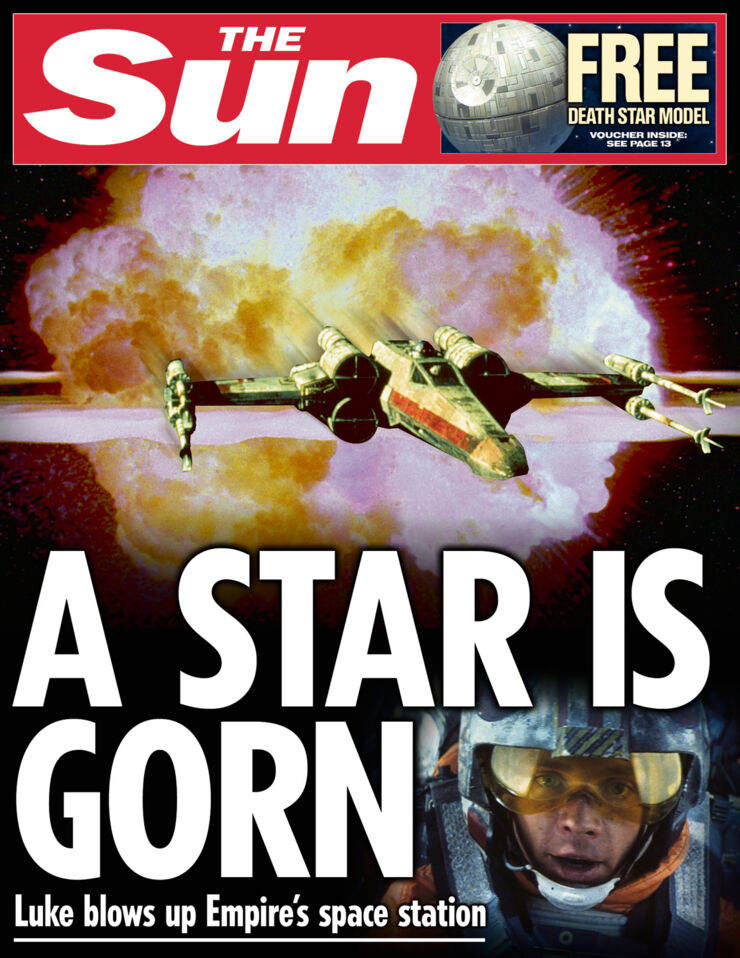 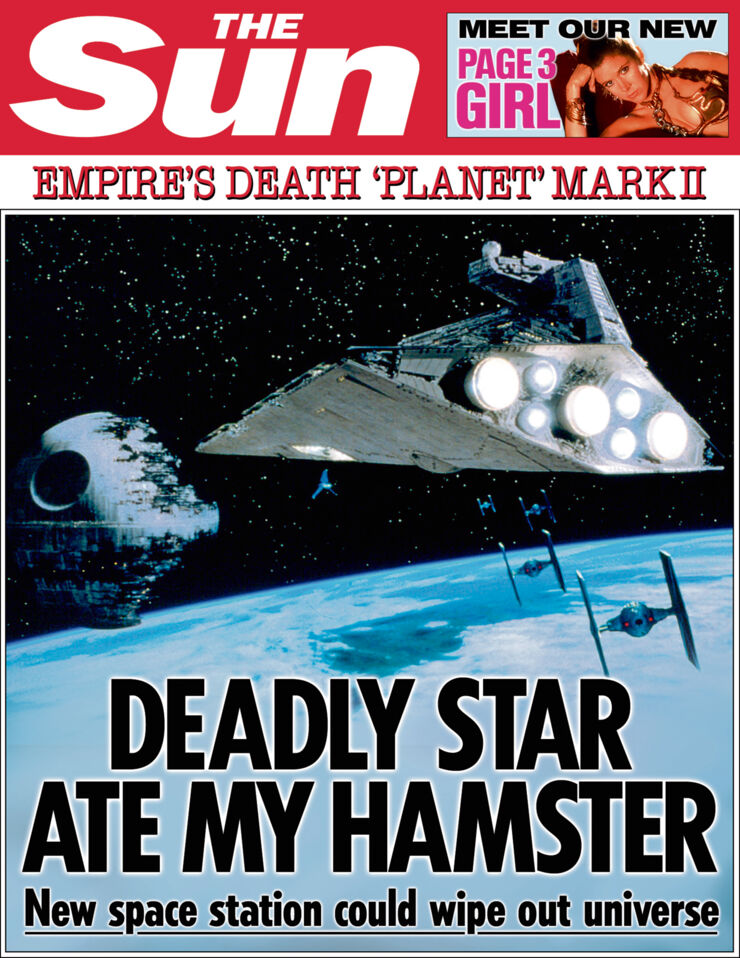 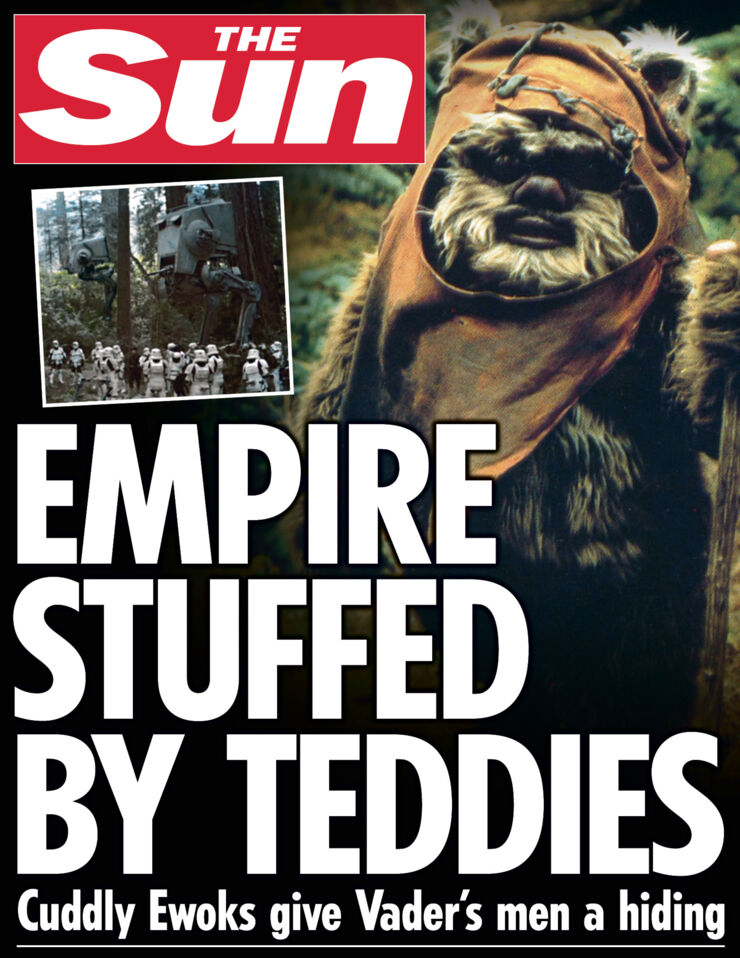 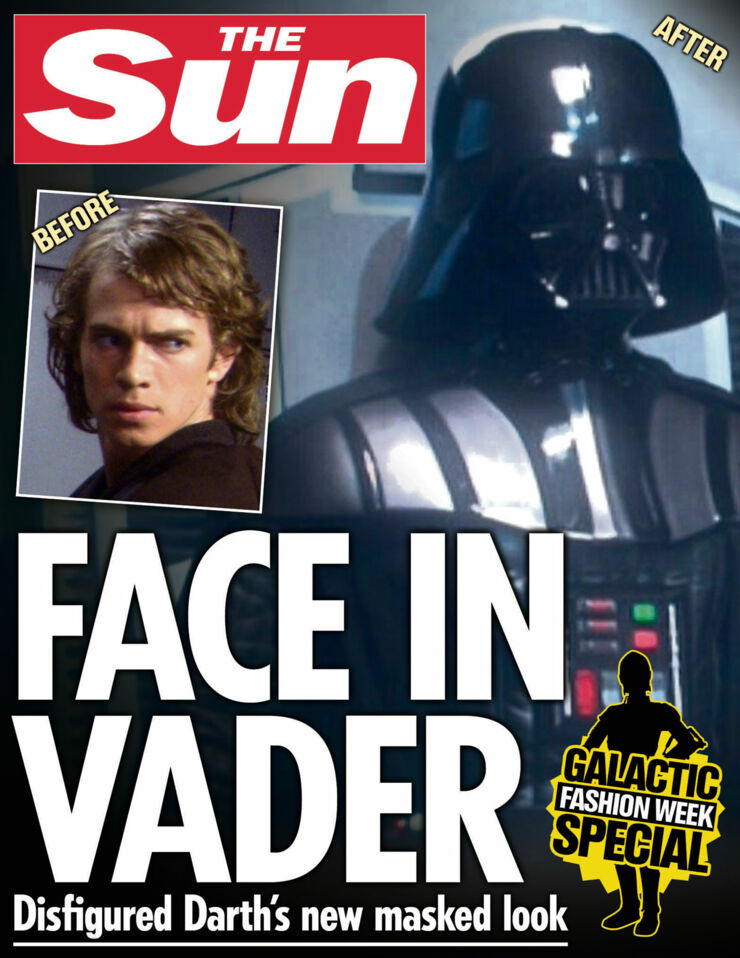 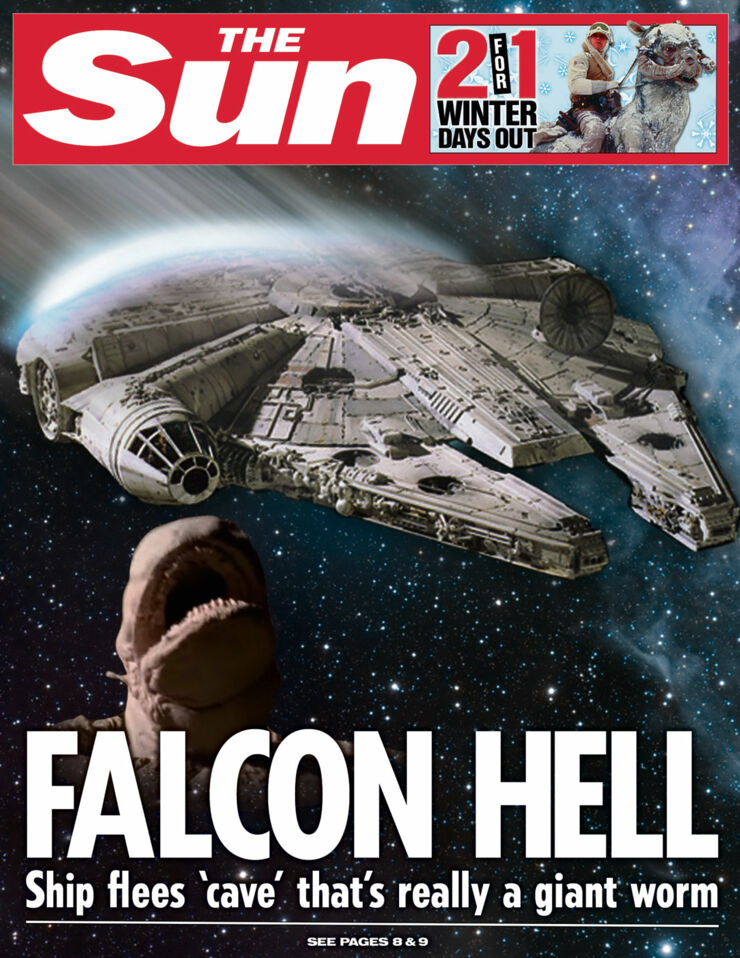 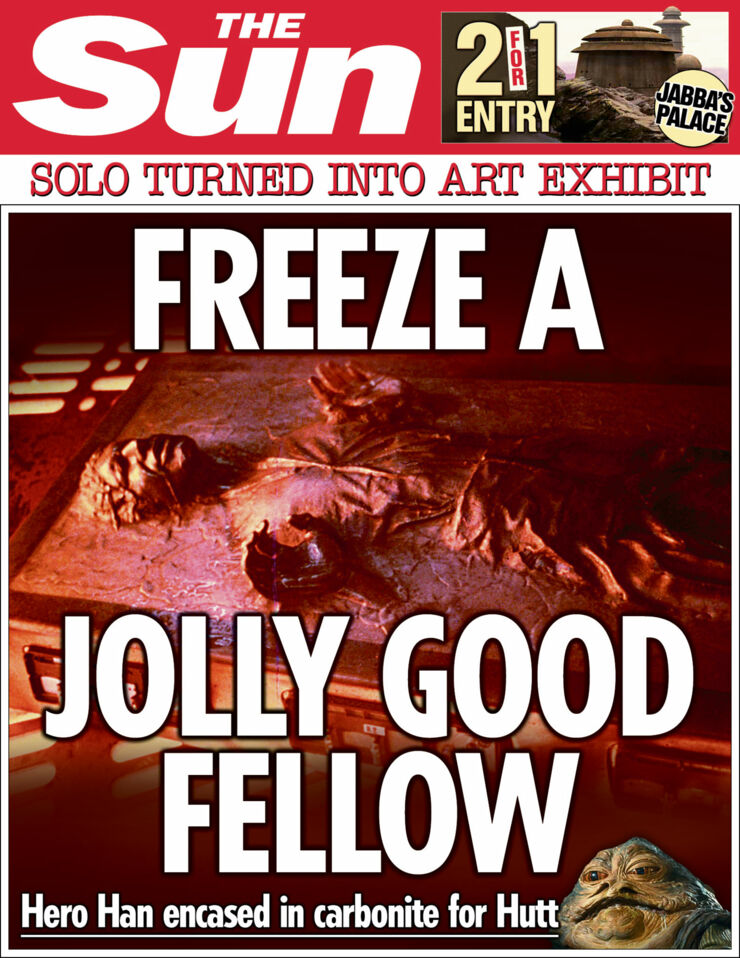 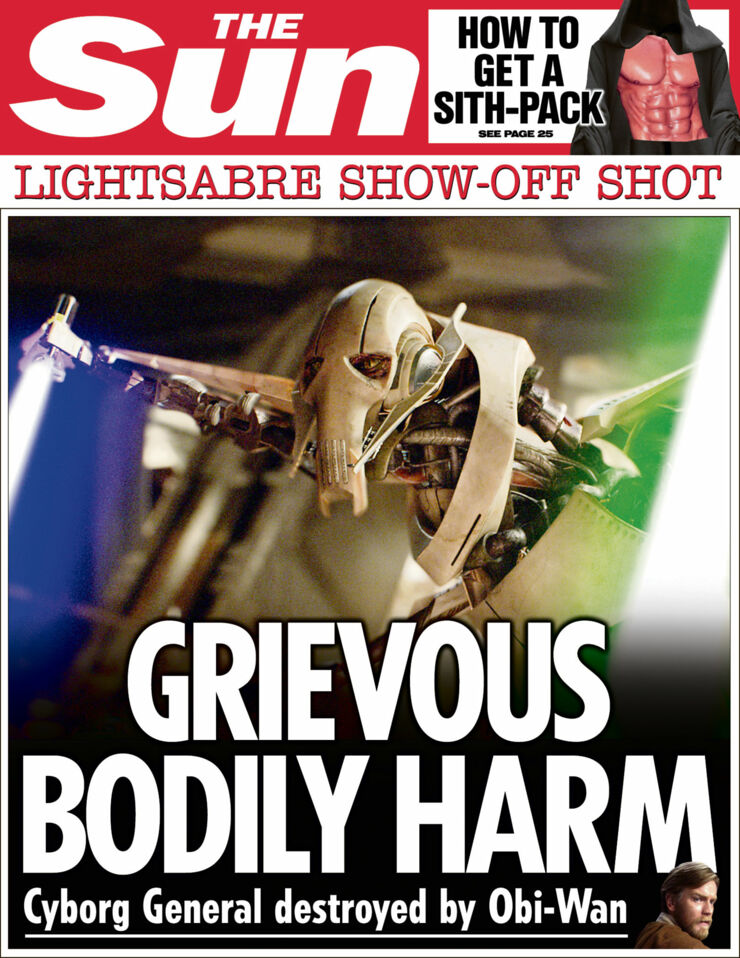 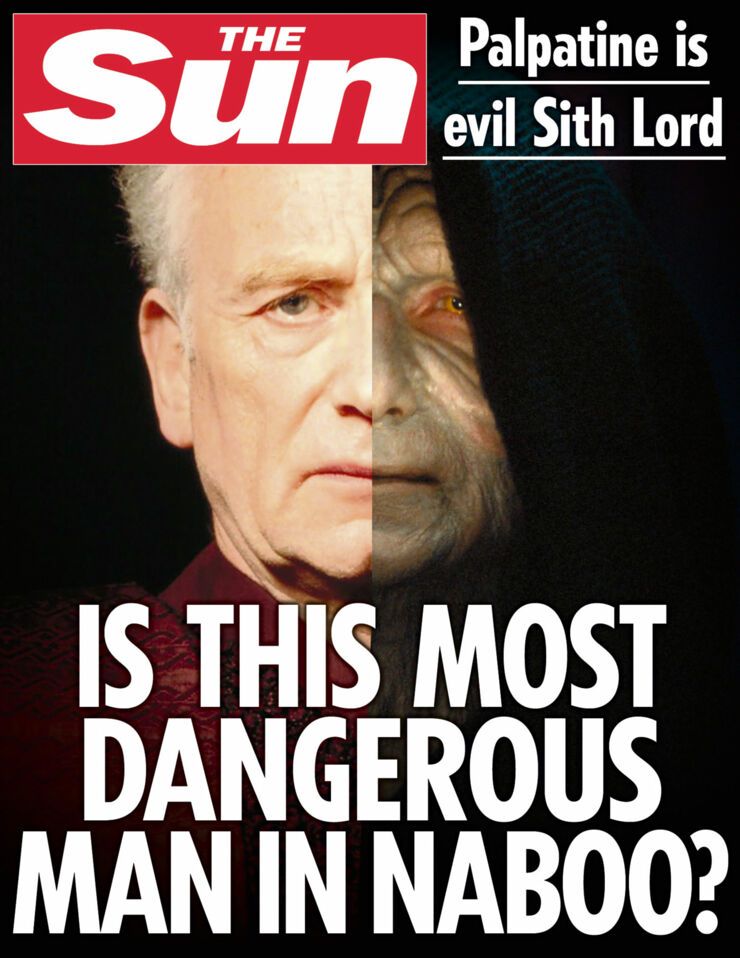 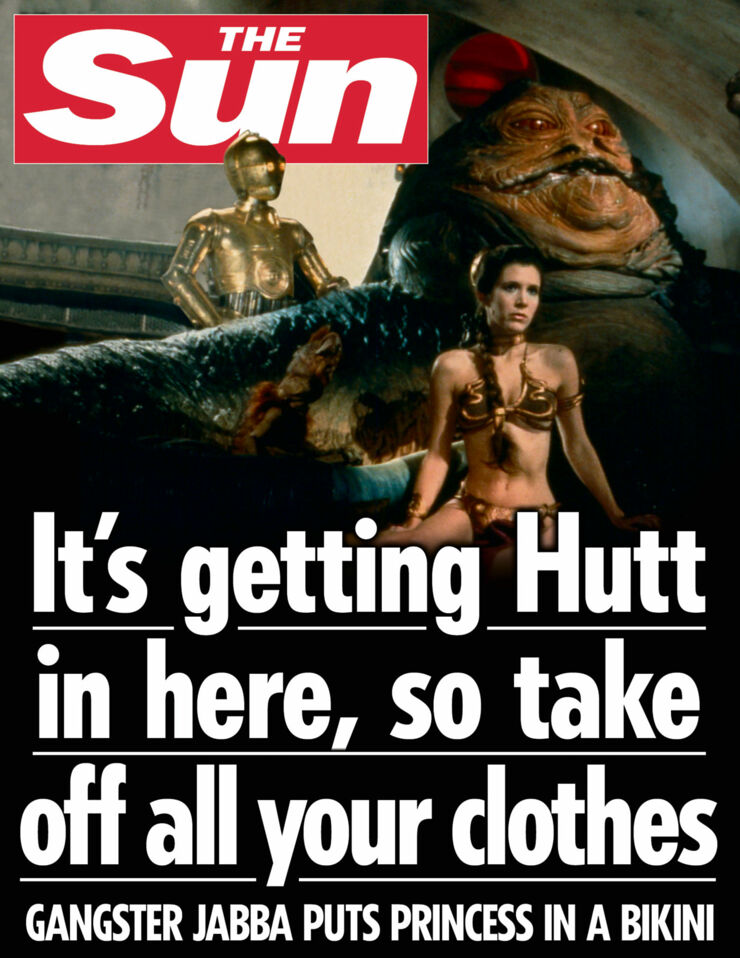 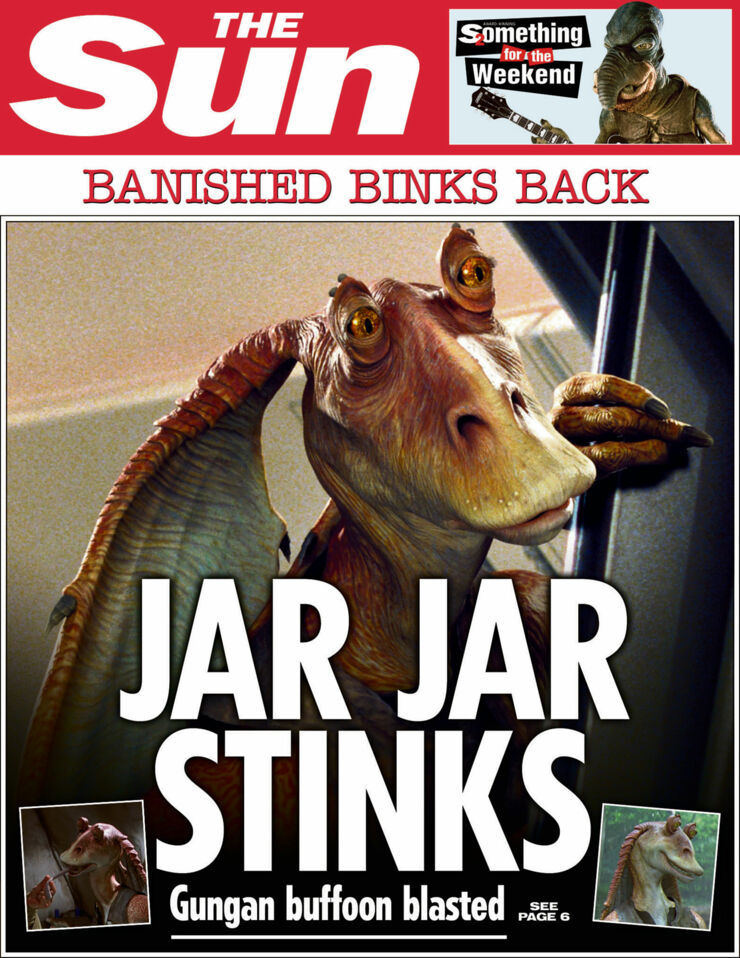 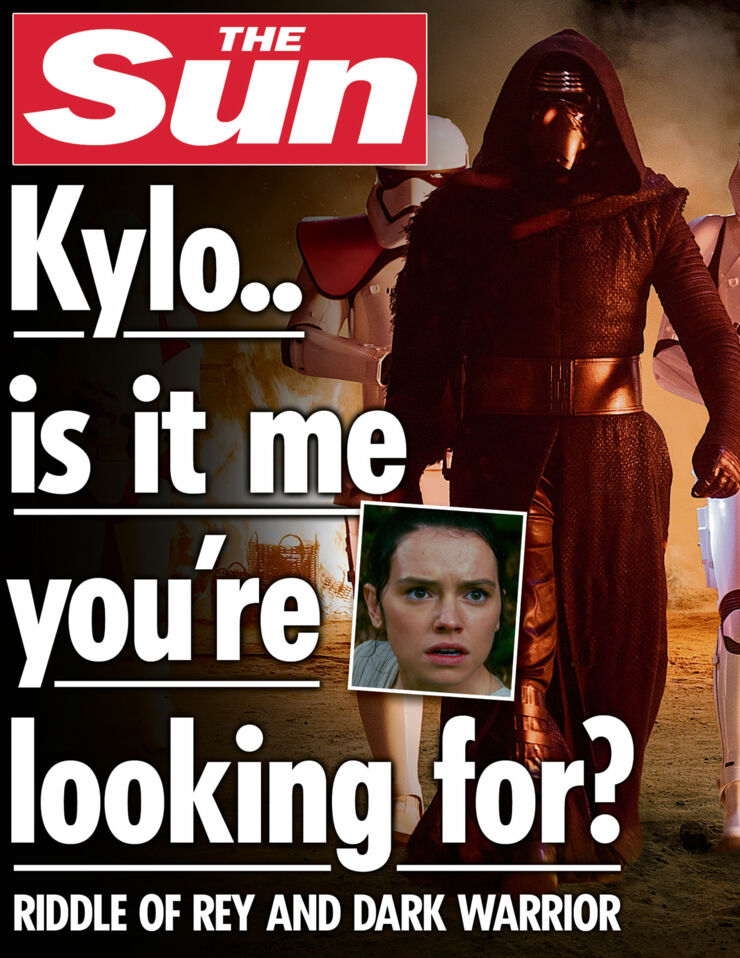 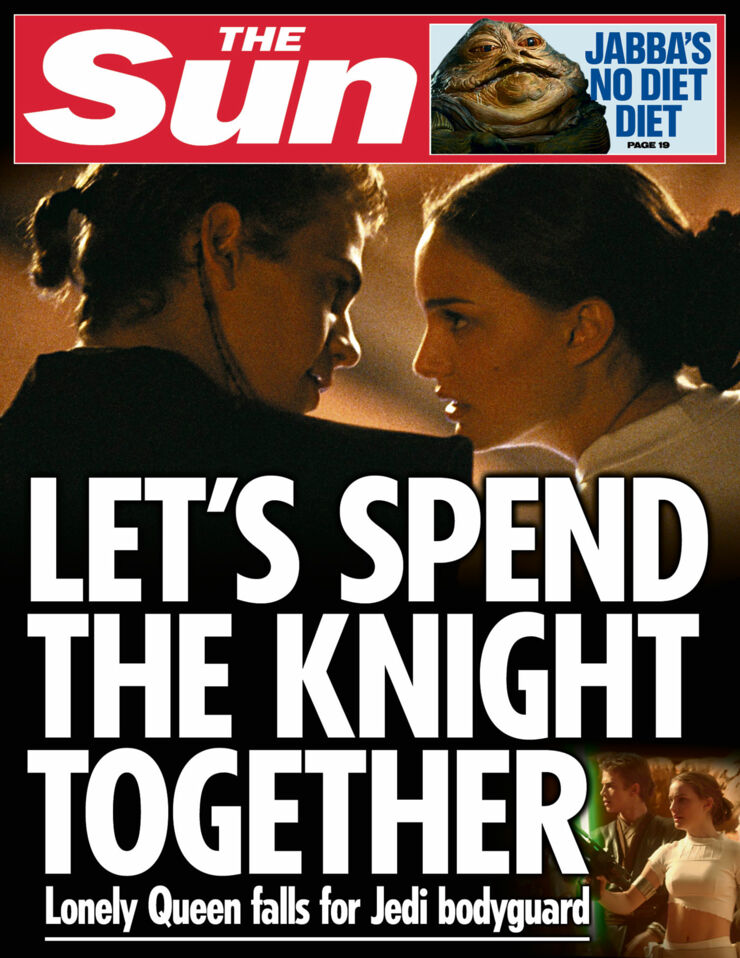 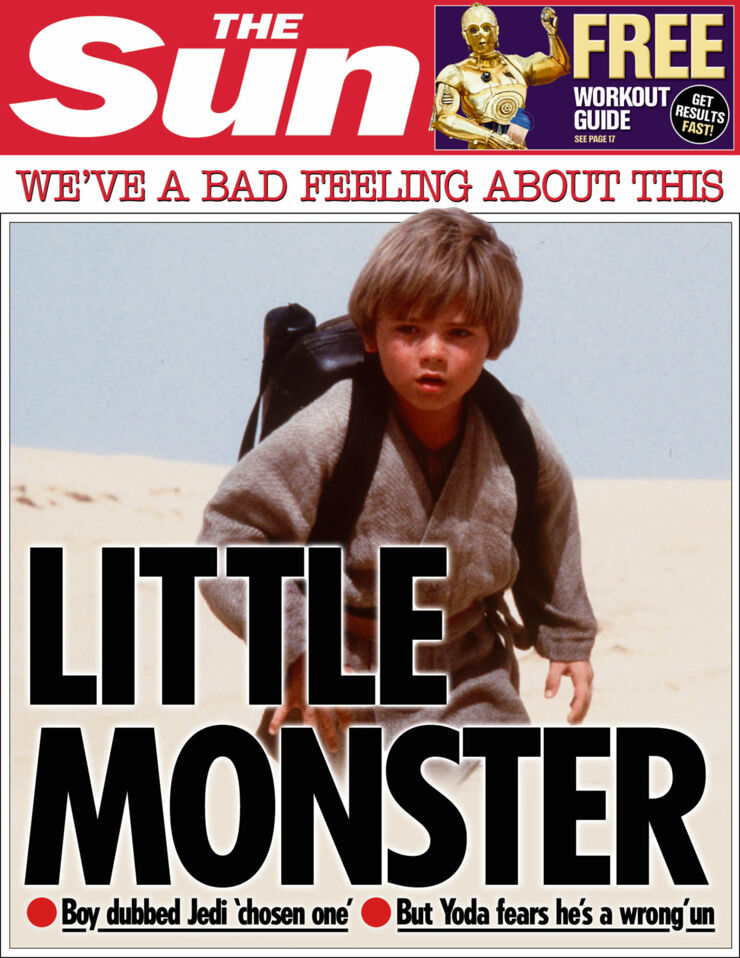 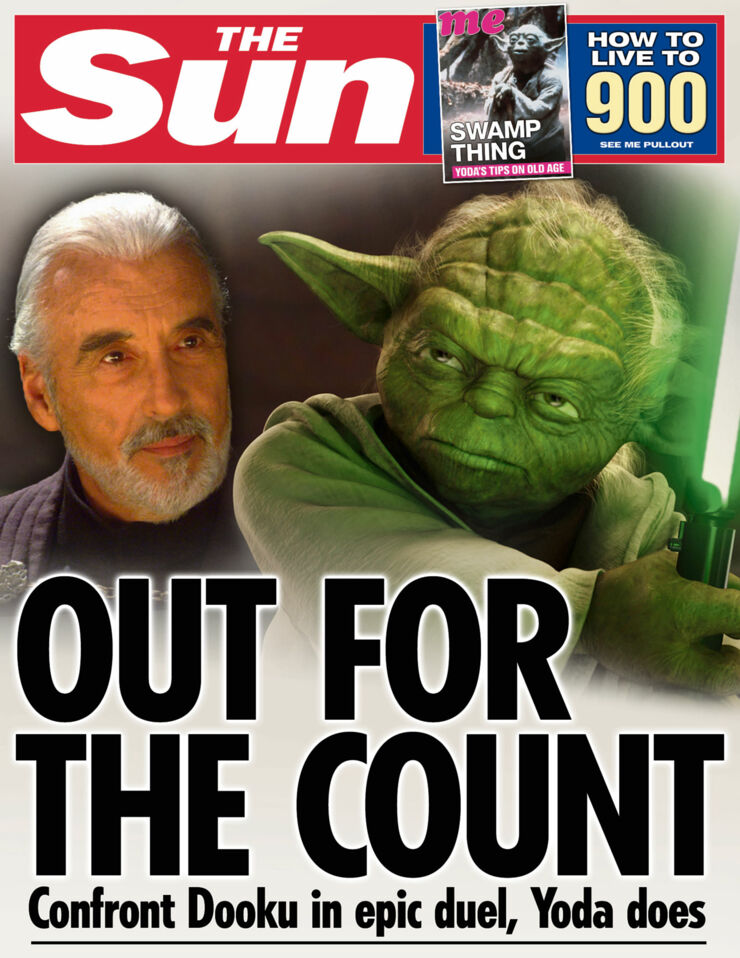 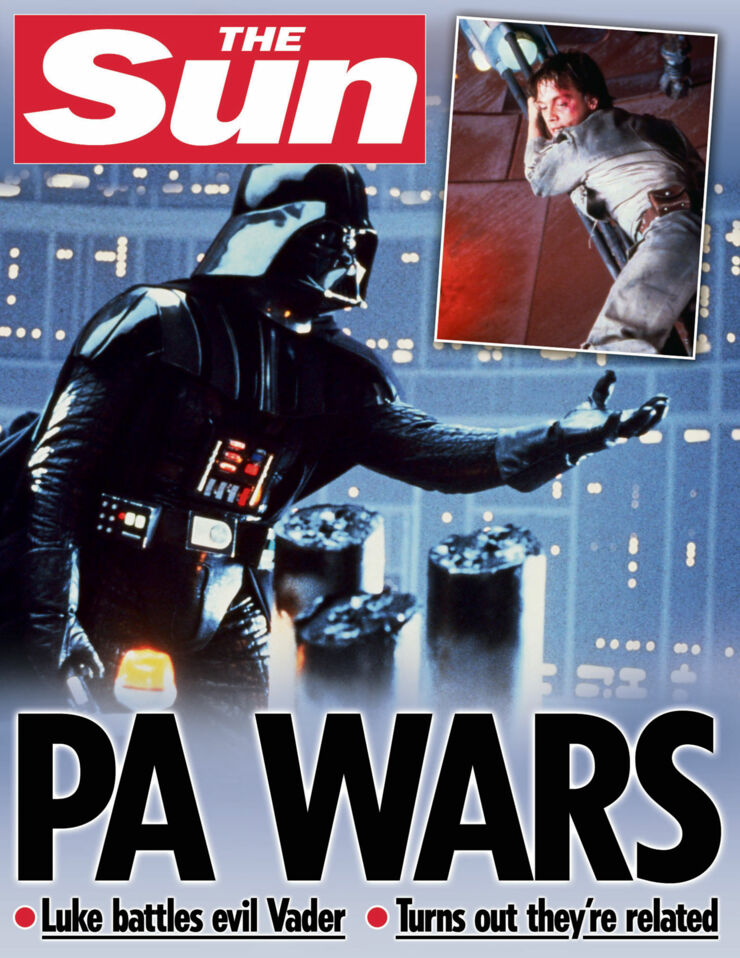 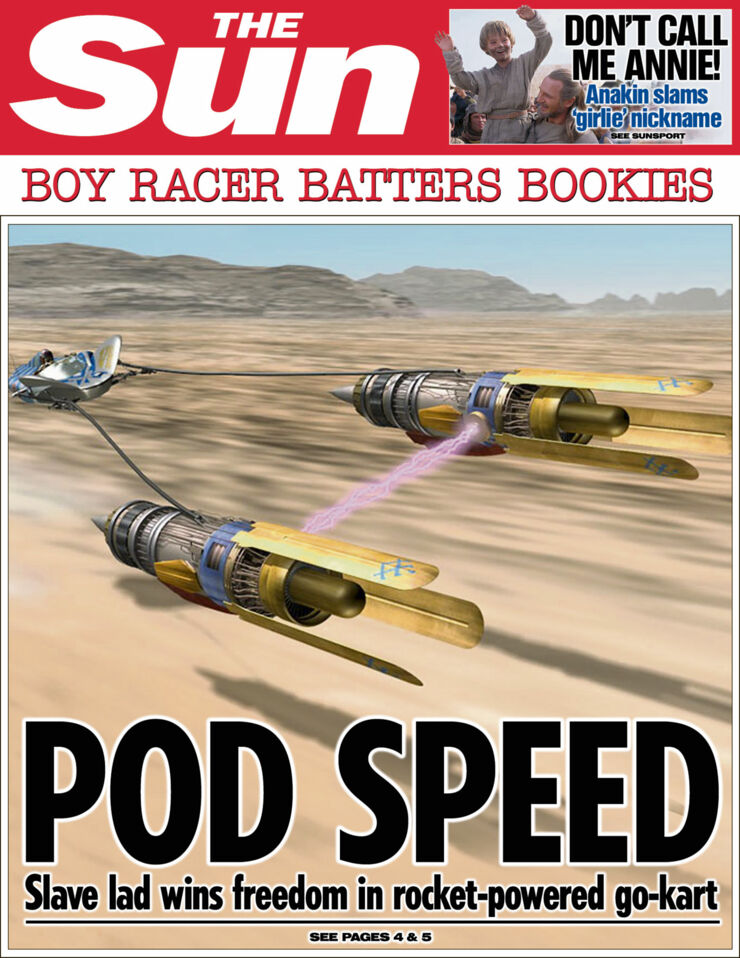 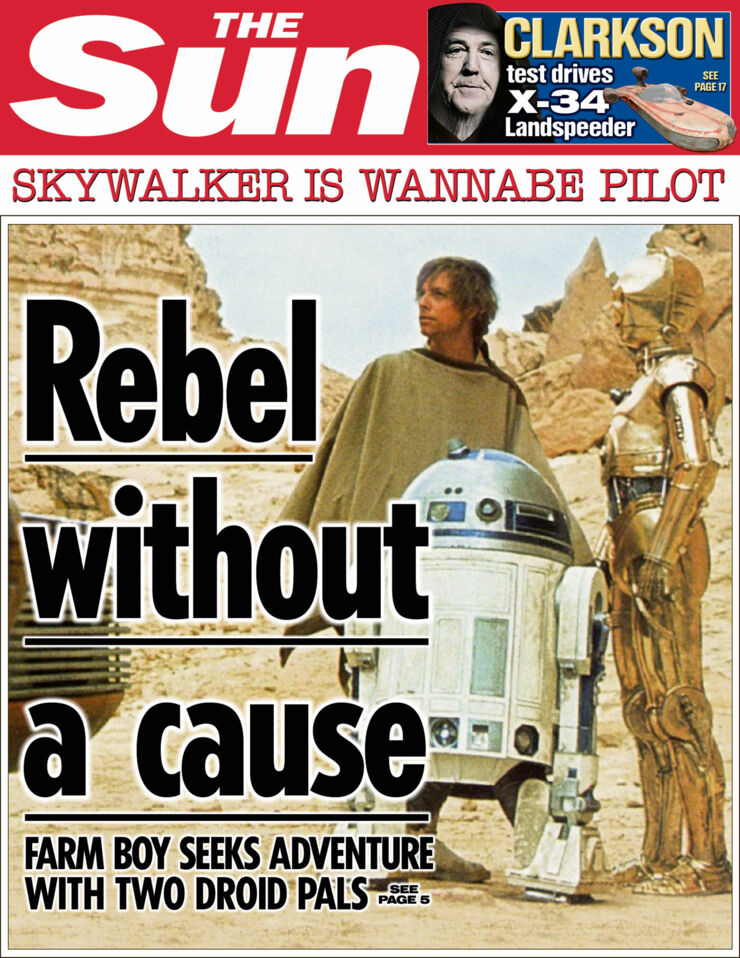 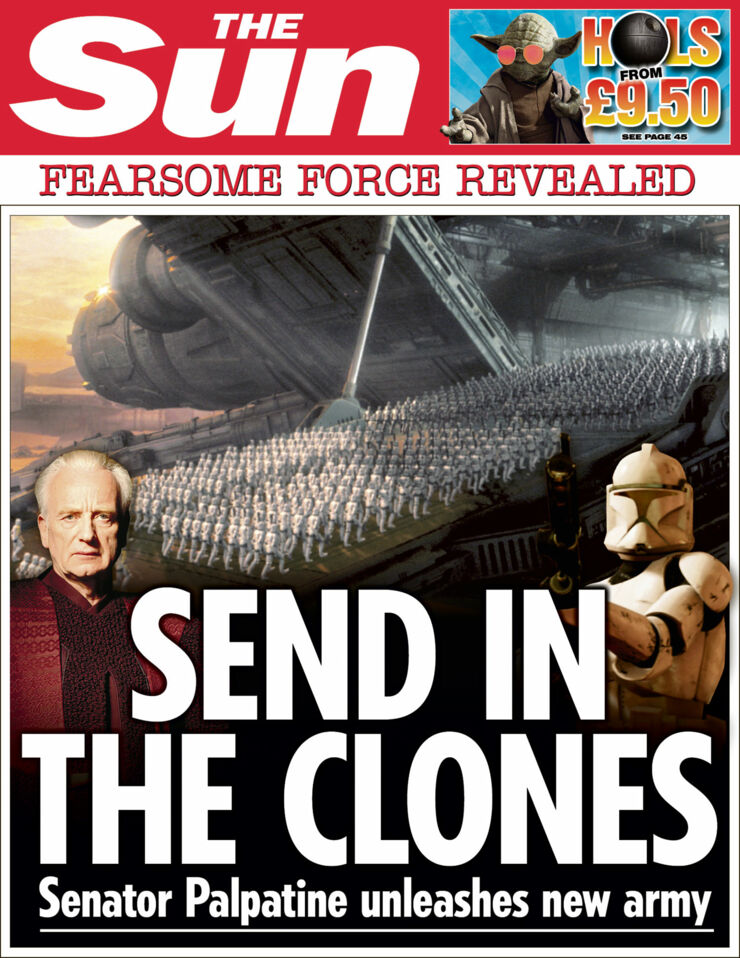 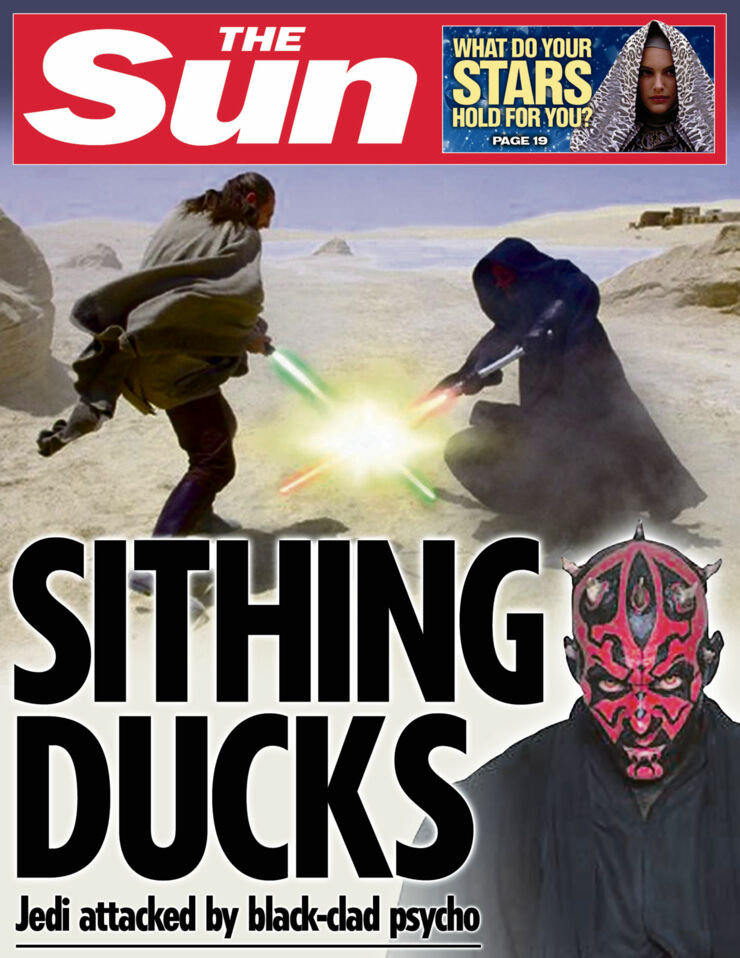 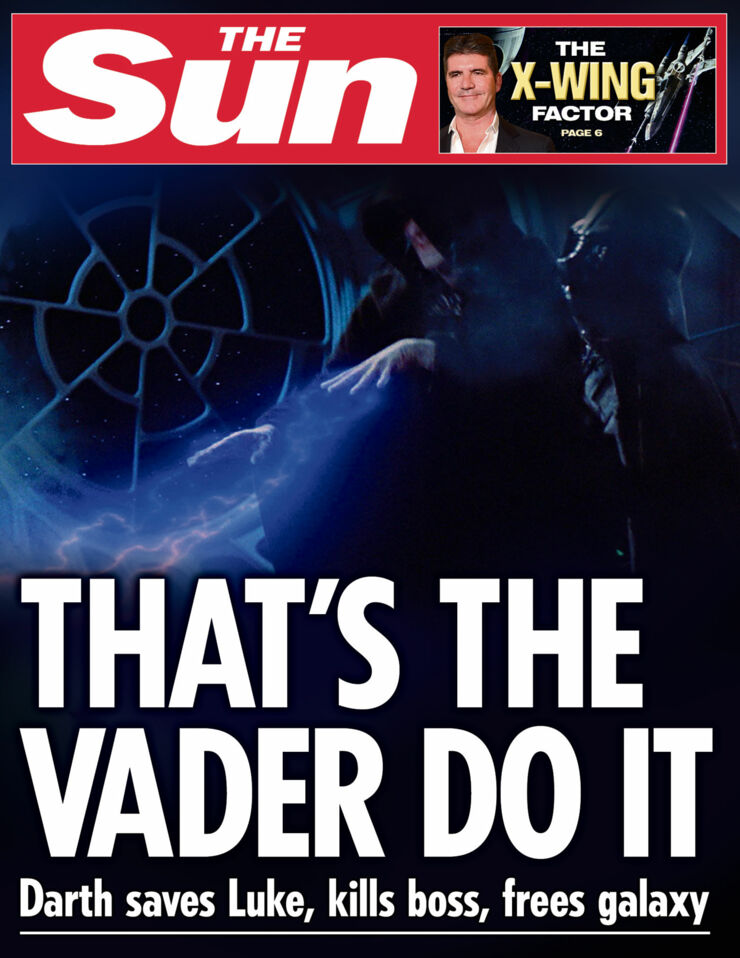 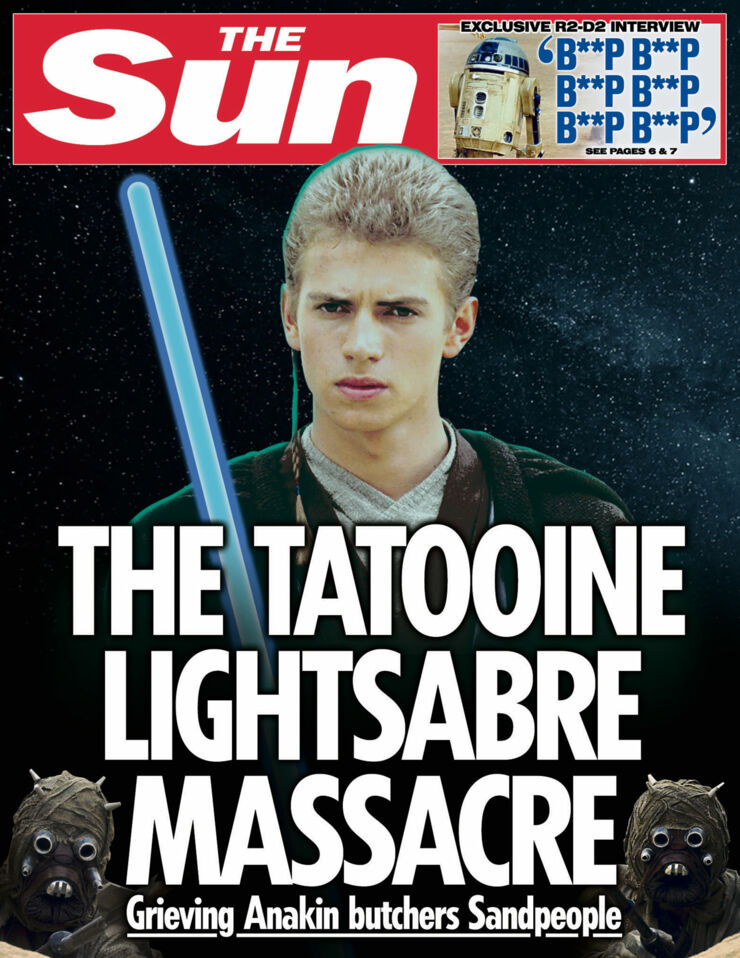 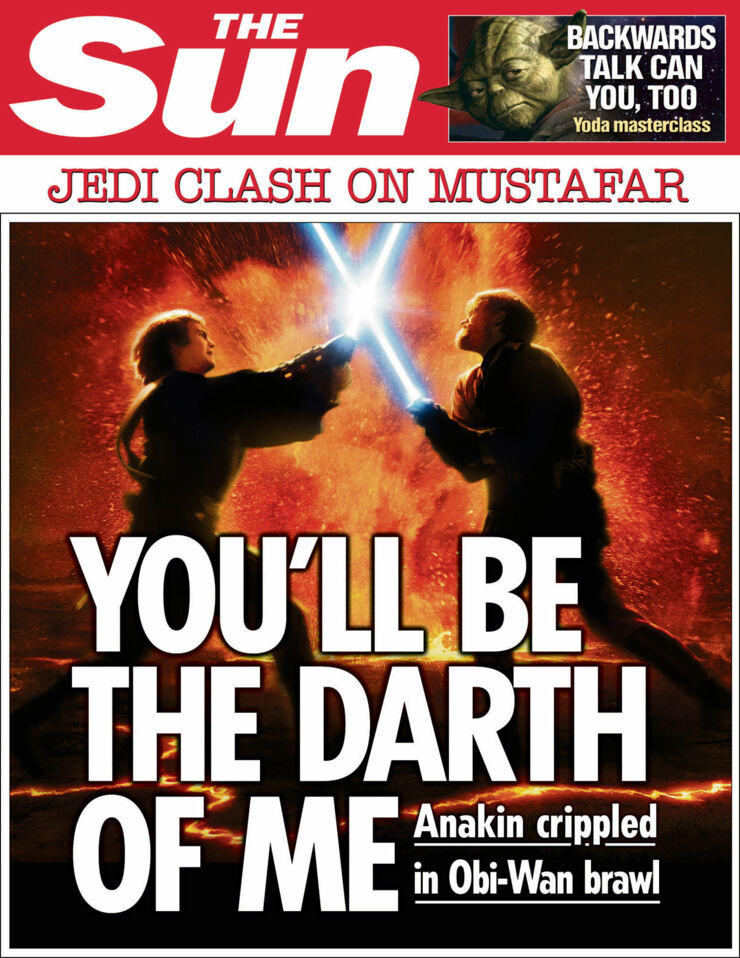 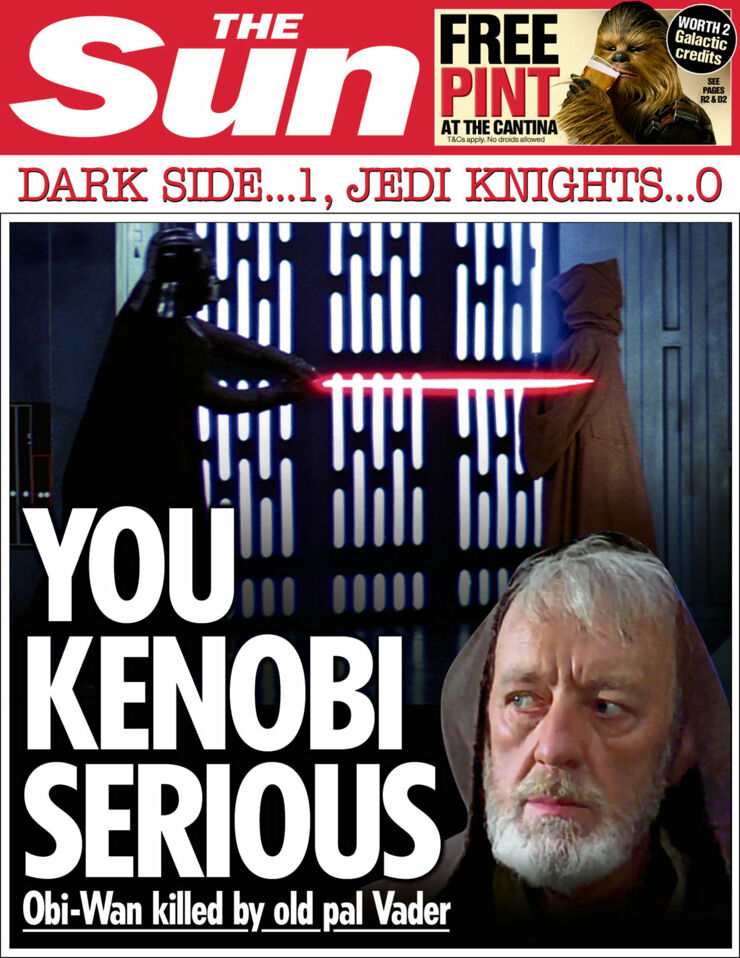 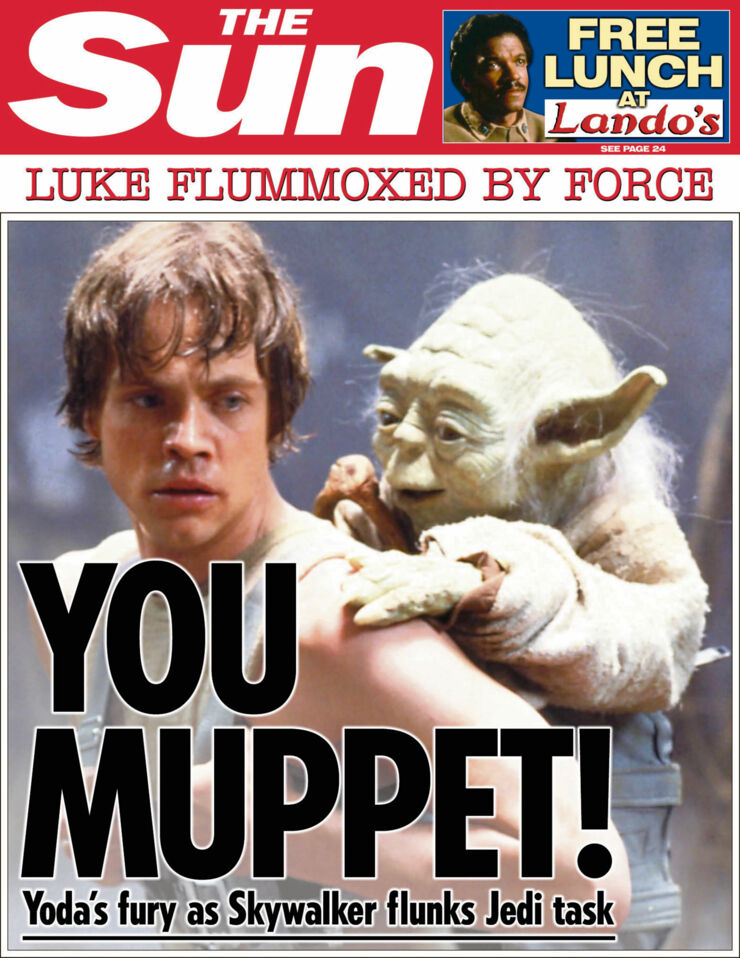