Before the new movie comes to disappoint or enthral Star Wars fans, the Star Wars toys were released. Anyone who was a kid when the original trilogy came out will have fond memories of playing with Star Wars figures.

And a lot of those same people probably rushed out to fight off small children to buy the new toys too.

In this parody commercial from Saturday Night Live they totally nail the reality behind who exactly purchases Star Wars toys and the culture behind it.

Because, while toys may be aimed at children, when it comes to franchises like Star Wars it's the adult kids who end up spending the most money on them.

And they don't just buy one either, but two or more of the same toy. One to keep in the box, one to unwrap and put on the shelf to look at. And one for, 'just in case'.

It's thought Disney will probably recoup half the $4 billion it paid for Lucasfilm and the Star Wars franchise from the The Force Awakens alone, with a lot of that coming from toy sales.

So these adult toy collectors are no joke for Disney, although they are the butt of the joke in this SNL spoof which is so accurate it's painful. Well, painfully hilarious anyway. 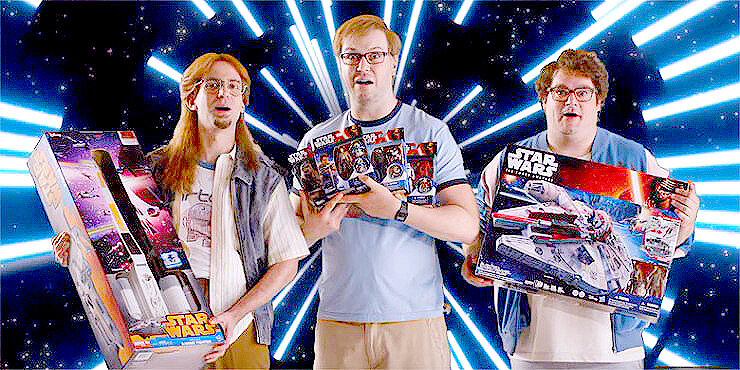