Dr. Karl P. Schmidt was a famed snake expert who died in 1957 at the Field Museum in Chicago. Remarkably, he recorded his own death after being bitten by a boomslang snake (Dispholidus typus).

Not entirely sure that the venom was going to kill him, he spent his last day on earth detailing, in what was later called his "death diary," what it felt like to have the venom from a snakebite coursing through your body.

His incredible story is detailed in the short film above Diary of A Snakebite Death by YouTube channel SciFri.

24 hours after being bitten Schmidt died in what sounds like a very unpleasant way, from bleeding of his kidneys, eyes, heart, lungs, and brain.

Such was his dedication to the cause though that he refused medical help a few hours before his death, because he said it would interfere with his documentation of the bite.

One of his enteries reads, “5:30 to 6:30. Strong chill and shaking followed by fever of 101.7 degrees. Bleeding of mucous membranes in the mouth began about 5:30, apparently mostly from gums.”--It's pretty chilling stuff.

He had received the snake by the director of Lincoln Park Zoo, who had sent it to Schmidt's lab so he could identify it. 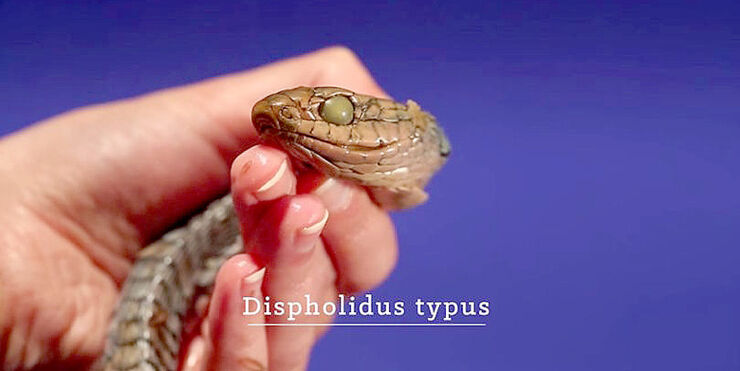