God! Doesn't it just annoy the hell out of you when you're watching a video that's been shot in portrait instead of landscape. No? Then move right along.

But if it does, then listen away to the video above and smile a satisfied smile that you've found kindred spirits who have put your aspect ratio frustrations into song.

YouTube comedians IFHT's track "Turn Your Phone 90 Degrees" is a hilarious look at how utterly heinous and unforgivable a crime it is to film ANYTHING AT ALL in portrait.

And they don't hold back claiming, rightfully, that people who do it are everything that's wrong with society.

The melodic song actually isn't that bad and the lyrics are definitely worth a listen if you are into being shocked at how some people think this problem should be approached.

So if you're one of those people. STOP DOING IT! And if you're not but you know someone who is, drop this into their feed with big arrows pointing at it saying "This is you."

They should really make this a PSA. 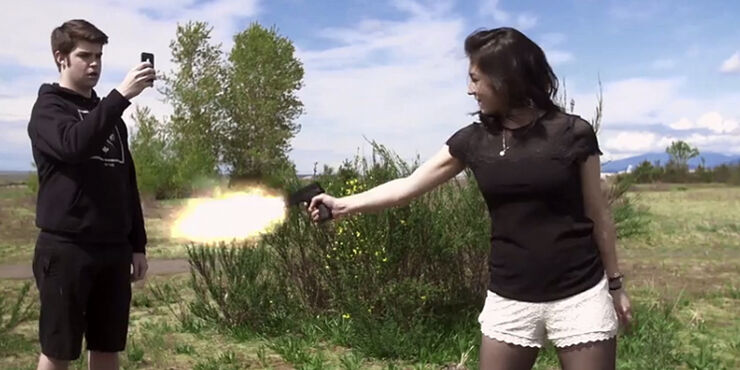