You may've had a cheese-dream that looked just like this, except this is real. It's an abandoned shopping mall in Bangkok where thousands of fish have replaced the shopping hordes, turning one of the floors into a 500-square metre fish pond.

It's a WTF instance of nature taking over a man-made structure and thriving in an unusual environment. But it leaves the gaping question of just how the hell did those fish even get in there? Check out the pics below to find out.

The place is called the New World Mall. It was closed in 1997 due to building code violations, which resulted in the illegally built 5th to 11th floors being torn down—leaving a gaping hole instead of a roof. 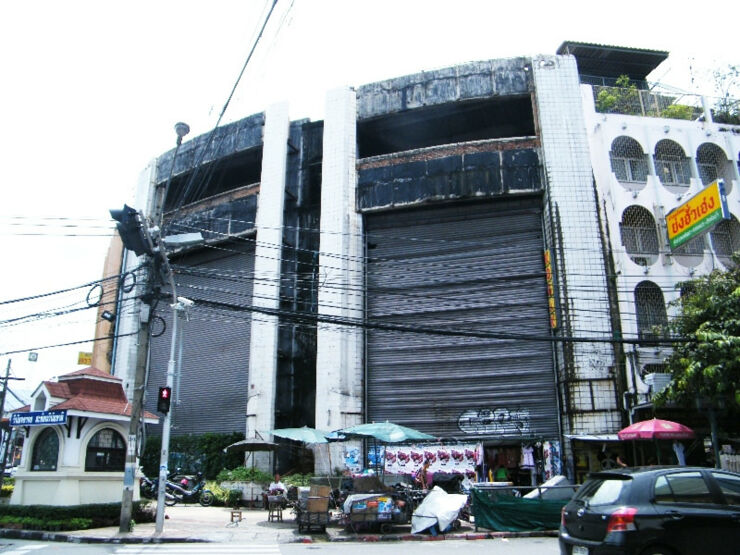 Rainwater fell through the hole, settling on one of the lower floors and flooding the building, which attracted mosquitoes and led to a major outbreak of the deadly insects in the area. 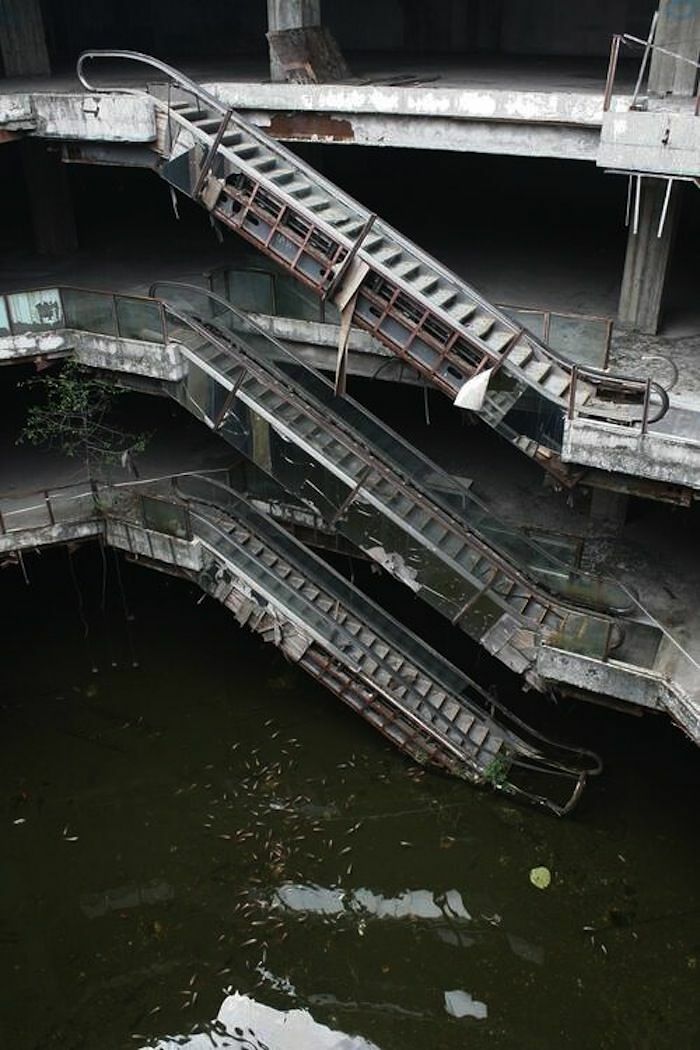 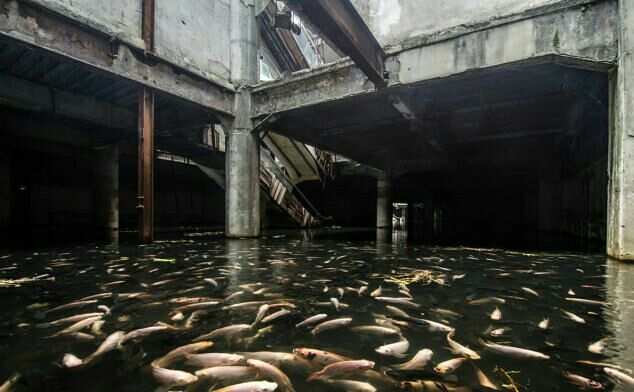 Now the place is thriving with thousands of fish and the mosquito outbreak has gone. 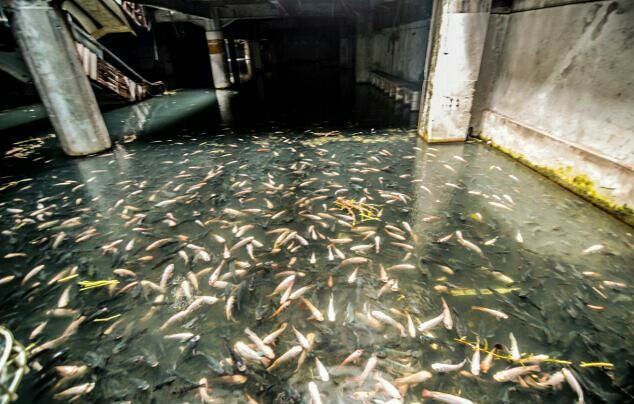 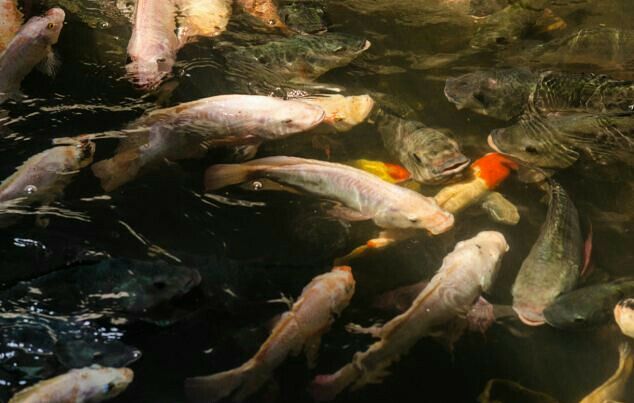 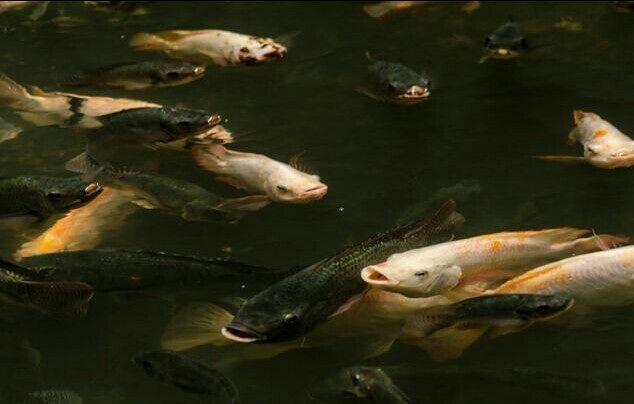 As well as dealing with the mozzies the place also became a tourist attraction for the area, bringing in income for the locals. 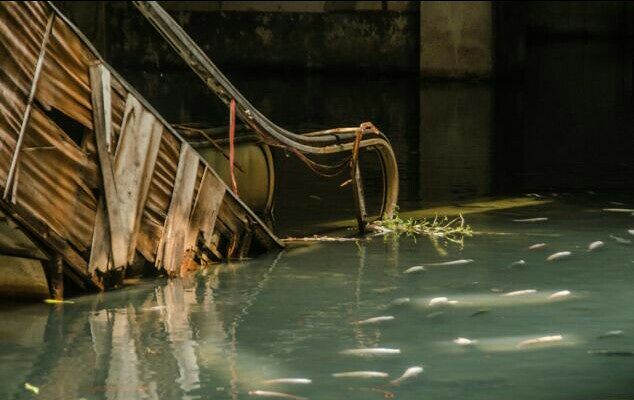 The locals sell fish food to tourists who come to gawp at the strange sight. 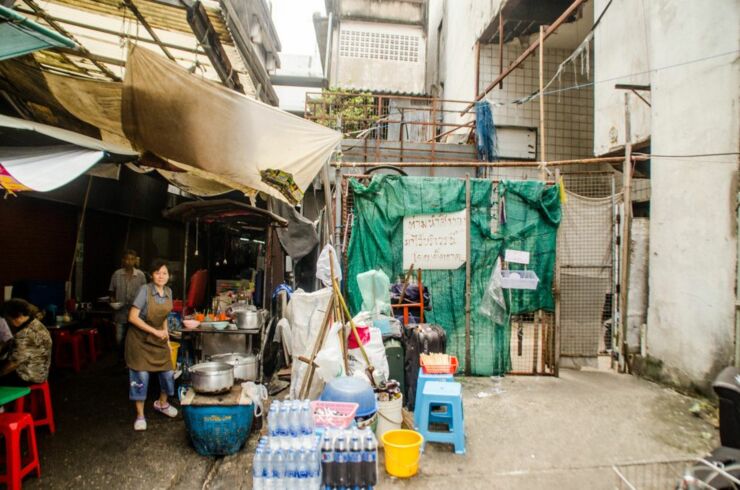 Check out the video below for more info and the mall's location.

Unfortunately, as a result of all the interest on the place the internet churned up, authorities have closed the mall to visitors while an inspection is carried out to see if the building is safe. You can probably still sneak in though.

via Dangerous Minds and Imgur